Cambridge Community Center fund launches with $50,000 contribution from Capital One 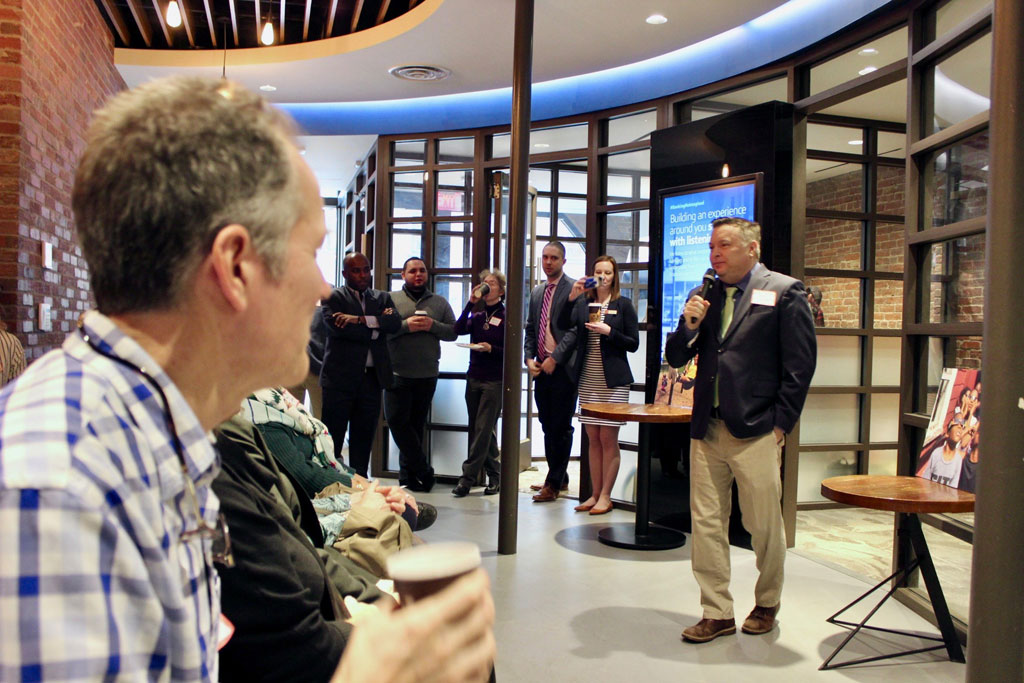 Cambridge Community Center fund launches with $50,000 contribution from Capital One

The Cambridge Community Center, a private nonprofit organization, launched its 90th Anniversary Fund on Tuesday with a $50,000 contribution from Capital One. The fund, established to celebrate the center’s 90th year, was described by center leaders as a yearlong campaign to keep programs running and improve its 137-year-old historic building on Callender Street in the Riverside neighborhood.

The center has partnered with Capital One to provide programming for Cambridge teens since 2016 – the year the bank arrived in Cambridge. In addition to the prominent donations to the community organization, the bank took steps to set itself apart upon opening in Harvard Square, where the growing mass of financial institutions has angered residents for years. The 24 JFK St. location is a bank-cafe, the company’s fifth in Greater Boston, and serves Peet’s coffee and tea, snacks, sweets and sandwiches. It’s also open until 9 p.m., keeping streets lively long past the hours when other banks close and become dead space on a sidewalk.

The center announced its 90th Anniversary Fund at a breakfast event with government, business and community leaders at the bank’s Harvard Square Capital One Café.

“This $50,000 investment to launch our 90th Anniversary Fund further validates this important work in 2019 and beyond,” said Darrin Korte, the center’s executive director.

The center is organizing a series of events and activities to celebrate its anniversary, including its gala held at the Massachusetts Institute of Technology’s Walker Memorial Hall on May 9, said Samuel Gebru, its director of engagement and partnerships.