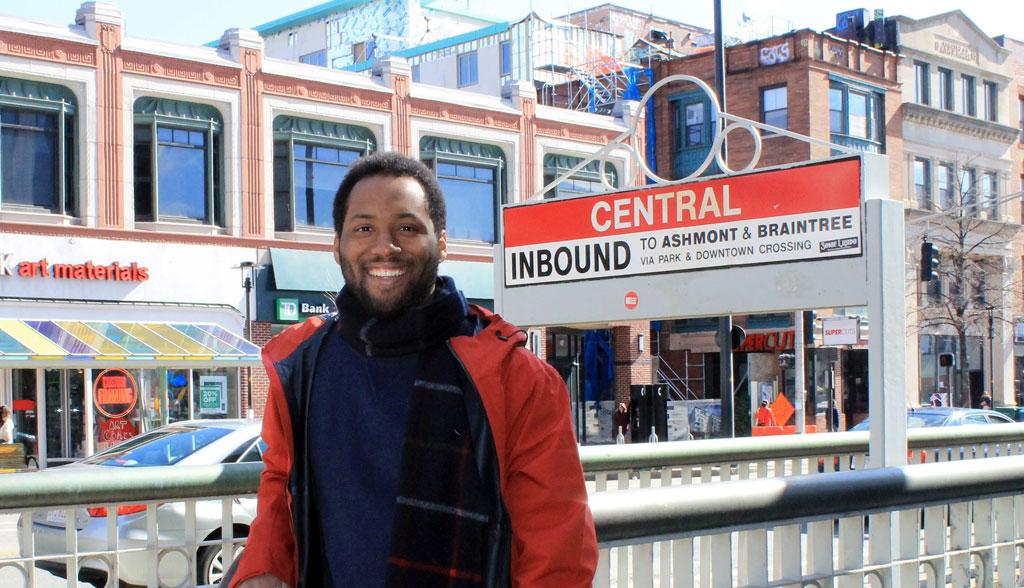 A frequent speaker during City Council public comment periods is looking to move to the other side of the velvet rope: Charles Franklin announced his candidacy for the council Tuesday.

Franklin, a 2014 graduate of the Massachusetts Institute of Technology and a now a software engineer at Akamai, said his platform focuses on housing equity (“stable affordable housing that people will be proud to call home”); digital equity (“quality Internet for all, regardless of ability to pay”); and environmental protection and climate change preparedness.

While attending school he “fell in love with this creative, vibrant and caring community” and decided to make Cambridge his permanent home, Franklin said.

He’s since helped cofound Upgrade Cambridge, which advocates for city-owned Internet infrastructure and digital equity in general, and served as a board member of the Green Cambridge environmental group and on the leadership team of the Inman Square Neighborhood Association. He refers to himself as a Democrat and progressive.

“Despite the need for action now, the city at large is in a deadlock trying to decide which problem is most urgent. In my view, they’re inseparable. We should build affordable housing, but it won’t be equitable built in a floodplain or without green spaces. We could replace a city block with a park, but that would displace those who would enjoy it,” he said. “Many of us want the same thing – a thriving and diverse community. I want to help bridge our gaps so we can get there together.”

In addition to becoming known at City Hall by speaking regularly at council public comment periods, he has worked with councillor Quinton Zondervan on digital and environmental justice issues. “I think he will be a great addition to the City Council,” Zondervan said of Franklin in a campaign press release.

In the previous council elections, the first candidate announced as early as November 2016, or more than a year ahead of voting. That candidate, Sam Gebru, was followed by Alanna Mallon’s announcement in January 2017 in a field that wound up including 26 people – the highest number since the 29 who ran in 1993.

Franklin is not the first candidate to declare for the council in 2020. Johnny Berosh, a musician and proponent of local arts, began a low-key campaign in mid-February, saying he was shocked into running by the shutdown of the EMF Building near Central Square by developer John DiGiovanni and a response by the city that dangled hopes for help, but didn’t seem to be taken seriously by the city manager.

His base is in the arts community. “Everybody’s gotten on board,” activist and “Young Jurks” radio host Lauren Pespisa said last month on the “We The People” show streaming on Disrupt : Boston. “We’re gong to get signatures. This is going to happen … it’d be nice to get some more people on our team again representing us.”