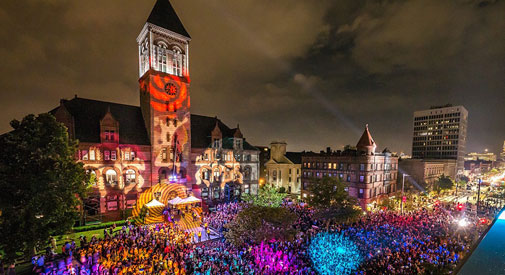 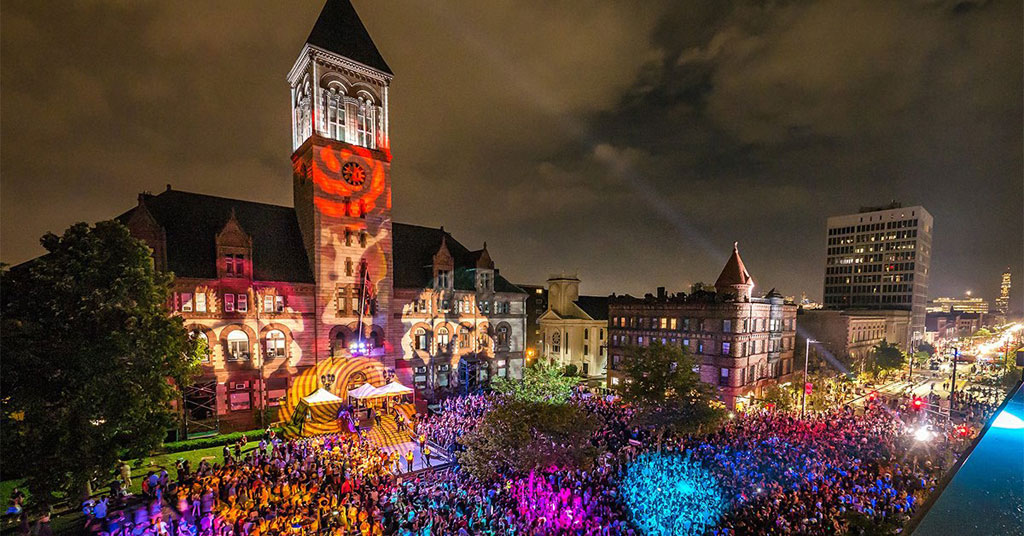 The details of Cambridge’s Dance Party have been set, with the free annual event set to take place for four frenzied hours between 7 to 11 p.m. on its traditional last Friday in June.

Though it started with only 500 attendees in 1996, crowds have been around 25,000 to 30,000 in recent years, more than adequately filling the space in front of City Hall with dancers to DJ-spun music who are accentuated by a sophisticated light show as dark falls.

The street is closed off in front of City Hall to allow for crowds, which grew to 5,000 by 2012, reportedly doubled the next year and hit 12,000 by 2014 before reaching its current levels. It’s a reminder that Cambridge is both a big city and small town.

“The Dance Party historically has been a safe, family-friendly event with minimal to no arrests taking place,” Jeremy Warnick, director of communications and media relations for Cambridge police, said last year. Security includes a mix of uniformed and non-uniformed officers, K9s and Community Services staff to remind participants to celebrate responsibly, he said.