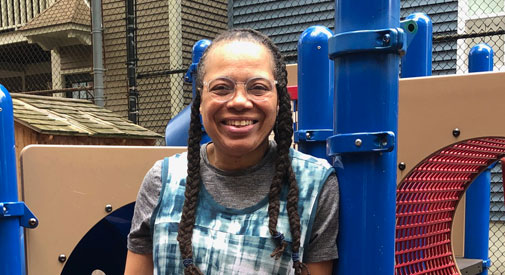 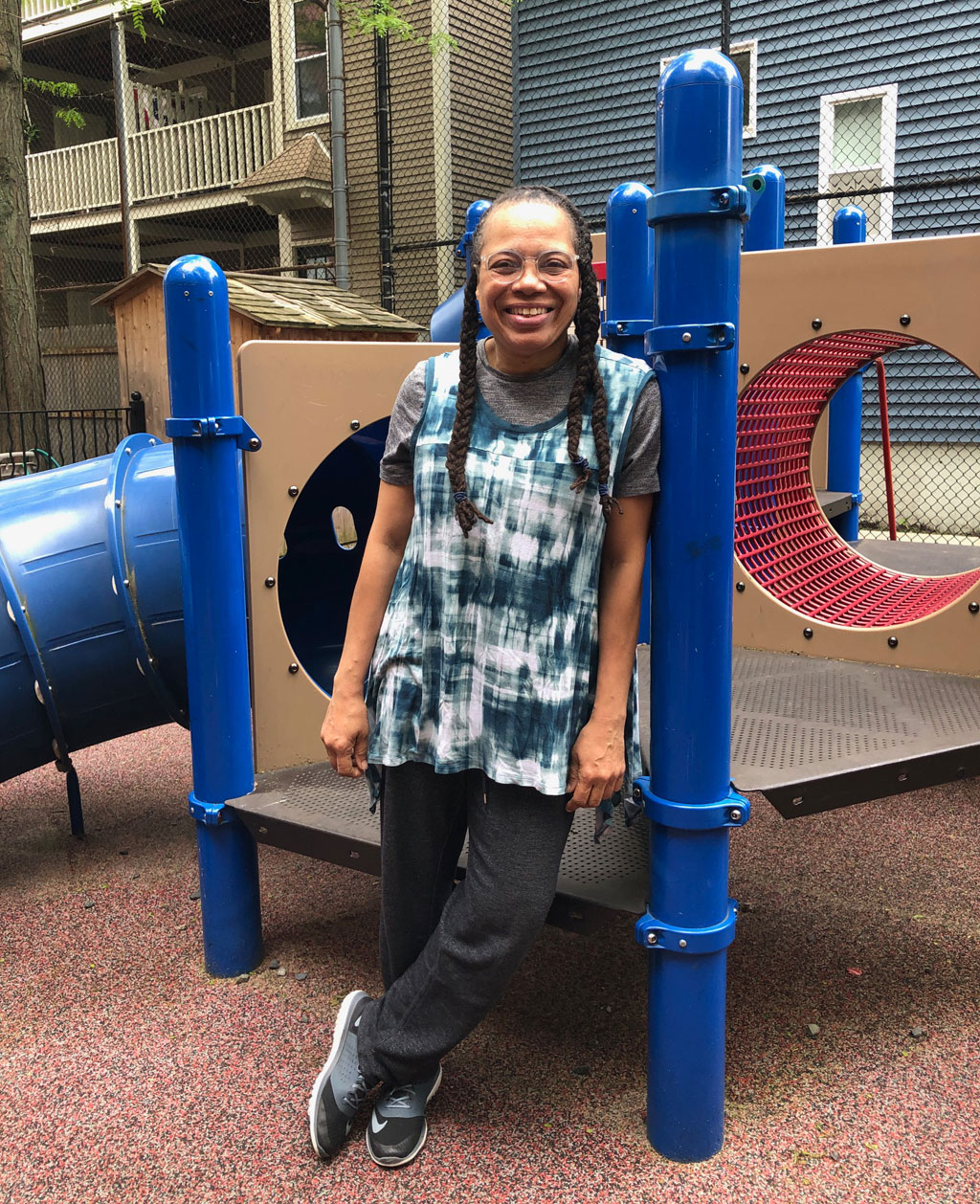 It is already celebrating what Holland has brought to the school, including a focus on science, technology, engineering, arts and mathematics education known as Steam.

“My classroom is a Steam classroom,” Holland says of her project-based learning. “Everything throughout the whole year is emergent curriculum that comes from the children’s ideas, and then it’s taught through Steam.”

If Holland could make one request of the district she’s leaving behind, it would be more classrooms that teach Steam – and maybe more.

“I would love to see a whole Steam school in Cambridge. I know there are pockets of teachers in all the buildings that do a Steam classroom like my classroom in this building. There are other schools that have a second-grade teacher or a fifth-grade teacher who does Steam, but why isn’t there a whole building or multiple buildings in Cambridge that are Steam schools?”  Holland asks.

Holland started teaching in Cambridge in 1983 as the physical education and health teacher at the Morse and Peabody schools. She moved to the Cambridgeport School in 1992, the year after it launched. “I was finishing my master’s in early childhood that year, and they asked me to interview for a K position that was going to open up,” she says. “And I thought I wasn’t going to get it, because I didn’t have the experience.”

Holland was part of the committee to write the rubric for junior kindergarten, which means that “future teachers of JK will know what the expectations are for JK for the beginning, middle and end of the year,” Holland says. “So now I’m not so concerned that JK will be taught as preschool.”

Cambridge is moving toward having classrooms for 4-year-olds, a decision Holland applauds. “I wish that junior K didn’t have to be mixed with senior K,” she says. “Having them with their own peer group for one year and getting a real solid foundation, and a play-based education, before being mixed with senior Ks, makes such a difference.”

Teaching through Steam was a natural progression for Holland. “We started off being a project-based learning school,” she says of Cambridgeport. “And so I taught what was called holistic education at that time, which was basically tying everything together. I kept doing it, through Steam, because it really matched my teaching style and matched the children in front of me.”

Listening to kids and teaching them through play have been important cornerstones for Holland. “At the beginning of the year, the kids can share what’s valuable and what’s important to them,” she says. “I will say something like, ‘Oh, you told me you were interested in butterflies. I’m going to write that down. We’re going to make sure we learn about butterflies this year’ … They know that you’re connected to what they’re interested in, so they want to do their best.”

The listening goes beyond Post-its. “Each month the entire classroom is completely different, based on the kids’ interests,” parent Sarah Calvo notes. “It could be castles and princesses, then construction and transportation, and all projects and show-and-tell are related to that theme.” There is even a shared nonverbal language. “She understands each kid separately and had structures in place and a group of about 50 hand signals to address particular common issues, like a turn-down-the-dial gesture if a child is too loud, or a scope gesture for ‘take a closer look,’” Calvo says. “She would help us as parents learn these signals and tricks to use at home.”

For parents, it’s a classroom of possibilities. “She teaches each child they can be successful in anything they put their mind to,” parent Allison DiDomenico says. “This is clear in their amazing woodworking projects and so much more. She celebrates each child as an individual and brings so much joy into their learning.”

Through the years, books about insects and animals filled her shelves and trips outdoors inspired art projects. The natural world has always been a key presence in her classroom, because so many kids are curious about it, and other curricula that the city requires are woven in naturally into Steam and the topics that interest kids.“There’s always an interest in sea life, especially when it starts getting warmer,” she says. “They will ask, ‘What is a shell? Is a shell an animal? What is an exoskeleton? Why does it have an exoskeleton?’ They ask in a natural way, a really curious way, and I just … help them do research,” she says.

In an example of nature-based learning from this spring, Holland took her students to the schoolyard to dig for worms, matched with some giant worms from her own garden and the school garden compost. “Not all kids have a garden in their yard and can do this. They love CitySprouts, but the coordinator is stretched so thin, she only can see you every other week. My kids thrive on science. We do science all the time,” Holland says. “Children get excited about what they learned outside and want to take it in and draw it, and write about it and share what they learned about it. When you’re out in nature, you can take pictures with the iPads, you can research on Google, take your journals and draw, you can explore closer with hand lenses, you can attach one of the iPads to the smart board in the room so when you come inside you can blow up the image and see more details.” 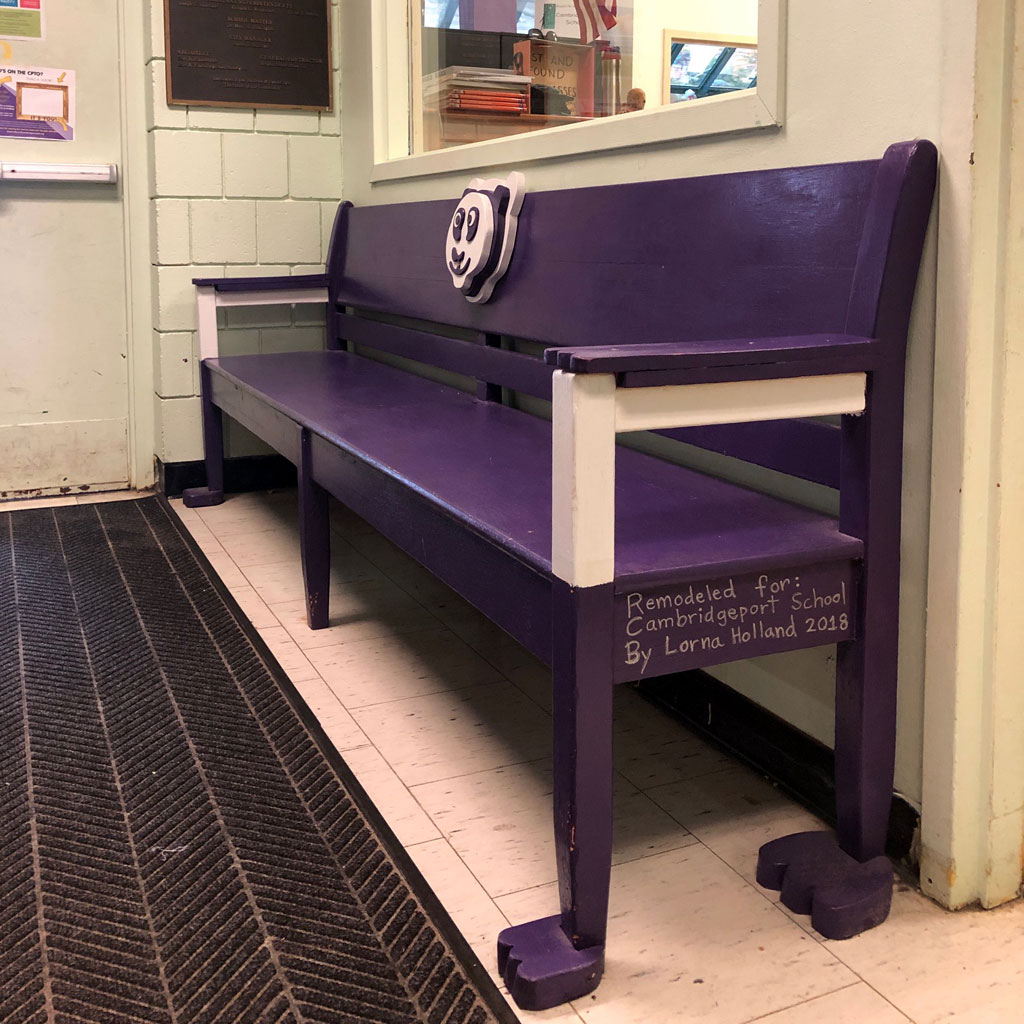 Holland plans to continue woodworking in retirement – similar to the bench she designed in the Cambridgeport School front hall. (Photo: Kristen Emack)

Like most teachers, Holland has invested extra time and personal resources into her classroom, and will leave behind materials and books – including several shelves that she built herself, using woodworking skills she teaches to her young students. (She wrote a book, “How to Teach Children Woodworking Through S.T.E.A.M. Fields,” which is available on Lulu.)

Holland says she plans to sell her house in Cambridge, in large part because she needs more space for her woodworking. “I love designing furniture for young children of their favorite animals, like the bench I designed in the front hall with the purple panda mascot,” she says. “I bring things to art shows and they sell and are gone, so I’d like to do more of that. When I have time to make more things I’ll get a website up.”

She also plans to continue her work with food pantries – she’s been involved throughout her career with a church in Roxbury where her father, the minister, started one in the basement. “I was one of those little kids that was hungry,” she says. “Kids not having enough food is a peeve of mine.”

But Steam is a part of her retirement plans as well. Holland plans to travel and train teachers with her curriculum, a continuation of her work as a trainer within the district. “Many school districts that have read my book are soliciting me through emails, some from different countries, and they think it’s amazing that a person would be teaching such young children these skills,” she says.

In her final retirement plan, families will benefit even more directly.

Lorna Holland’s playground fun retirement party is from 1:30 to 4 p.m. Sunday in Sennott Park, 305 Broadway, The Port. All past and present students of Holland and their families and past and present colleagues at Cambridgeport and across the district are welcome to attend. There will be kickball, hula hoops, pink parachute play and popsicles. Bring a snack to share if you can. (In case of rain, it will take place inside.)

Monica Velgos is a freelance writer and former Cambridgeport School parent. Direct questions about the celebration for Lorna Holland to Cambridgeport family liaison Kristen Emack at kemack@cpsd.us or (617) 349-6587.