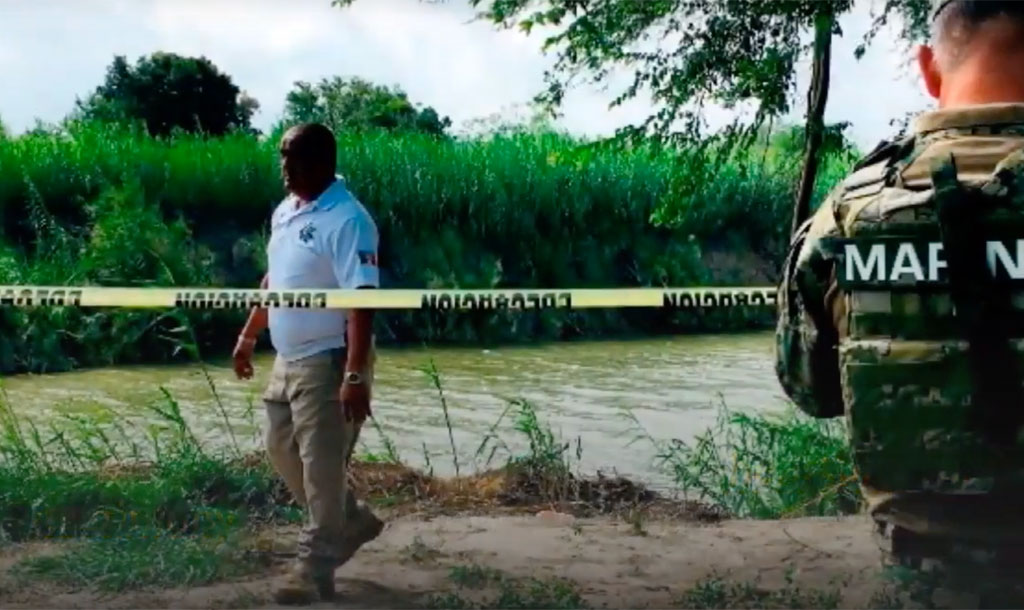 Officials investigate near where two Salvadoran immigrants drowned recently crossing from Mexico near Brownsville, Texas, in a screenshot from Vida Loca.

Many of us have seen the horrible photo of a father and infant daughter dead on the banks of the Rio Grande. Drowning together, 23-month-old Angie Valeria and her father Oscar Alberto Martinez died simply seeking a better life. They are not terrorists, gang members or drug traffickers. They were simply an immigrant family.

They lie face-down, with Angie’s little arm draped over her father’s shoulders, surrounded by reeds and discarded bottles – the shocking image of two Salvadoran immigrants drowned crossing from Mexico near Brownsville, Texas.

Reports from witnesses, including the widow and Angie’s mother, Tania, told of the horrific events that took two innocent lives: The two had initially made it to the Texas side of the river,  as reported on CNN and elsewhere. Oscar had placed his child safe on the banks to return to help his wife get across to safety.

When little Angie saw her father swimming away, as any toddler would likely do – including my own two daughters, when they were little – she jumped in after him, according to photographer Julia Le Duc, reporting for the Mexican newspaper La Jornada.

Oscar held desperately onto his little girl, dressed in red pants and black shoes, only to be swept away by the strong currents of the Rio Grande.

Their bodies were found together Monday on the Mexican side of the Rio Grande near Matamoros.

This is the result of what immigrants deal with risking everything for what we all take for granted: a better life for themselves and their children.

This story and photo will fade in a few days from the collective consciousness of Americans, just like the 2015 photo of a drowned 3-year-old Syrian boy, Aylan Kurdi.

As an immigrant activist, I often hear people say there is little we can do outside of protesting or donating to nonprofits working to help immigrants, and politicians are fast to talk about immigrants if it helps them get elected or raise campaign funds.

We can and should do something – such as making Massachusetts safer for immigrants by passing the Safe Communities Act that languishes in our Legislature. Speaker Robert DeLeo continues to refuse to call for a vote on the act to protect fellow Democrat legislators in purple or red districts.

I challenge our City Council to demand that each member of the Cambridge delegation to the House of Representatives put their political ambitions aside and do what is right: Force DeLeo to call for a vote.

There are thousands upon thousands of Oscars and Angies waiting, living in squalor in American detention centers or at our southern border. Another such tragedy is only a matter of time.