‘The Farewell’: Reasons for a family reunion? Grandma’s going to hear the happier version 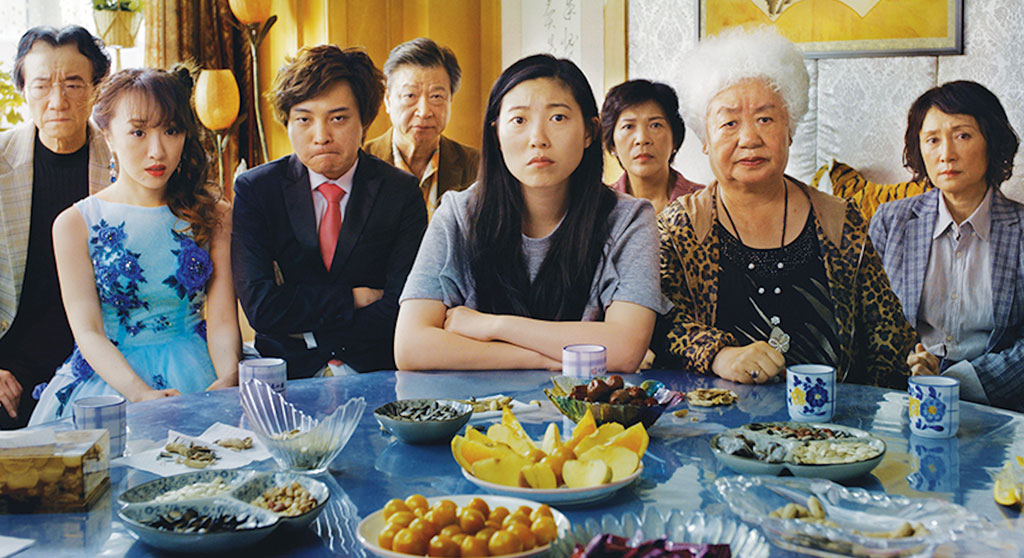 ‘The Farewell’: Reasons for a family reunion? Grandma’s going to hear the happier version

“The Farewell” unfurls a bittersweet emotional journey buoyed by the complicated matter of identity that confronts many immigrants and first-gens when returning “home.” Last year “Crazy Rich Asians” played on that notion with an overlay of rom-com. Here there’s less of both as Billi (Korean rapper Awkwafina, who played a goofball in “Crazy Rich Asians”), a frustrated, out-of-work New York writer, heads back to China for her grandmother’s inevitable passing. As one ingrained traditionalist notes, “Chinese people have a saying: When you get cancer, you die.” The grand matriarch Nai Nai (played with grace and dignity by Shuzhen Zhao), does have cancer, but her family decides to keep her in the dark about the terminal prognosis; even the doctor’s in on it. As for Billi’s and other family members’ sudden presence, which makes Nai Nai purr, it’s explained away as being in town for a wedding of a distant family member. The rub: The family now has to set up and execute said wedding. 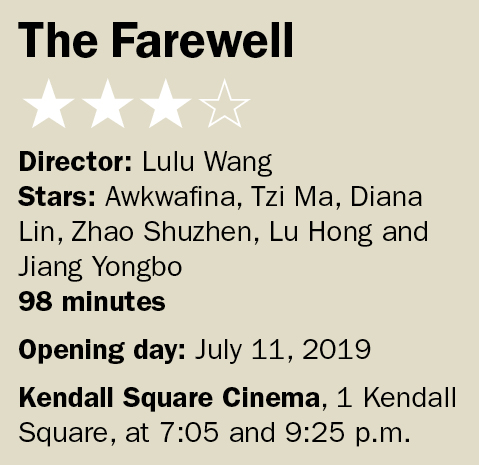 The film, as we’re told, is “Based on an actual lie” – on the real-life experiences of writer/director Lulu Wang (she recounted it on NPR’s “This American Life” in 2016). The conflict of Chinese traditional values vs. Western drive finds its way into the corners of nearly every frame, and at certain turns you can feel bits of Ang Lee’s “The Wedding Banquet” (1993) and, even more so, Peter Wang’s forgotten cross-cultural comedy, “The Great Wall Is a Great Wall” (1986), seep in.

Behind the lens, Wang builds the narrative quietly and poignantly in ever-widening strokes, from the narrow confines of Billi’s parents’ Changchun apartment to the grand – almost garish – wedding (which is where images of Lee’s “Banquet” come in). Along the way, one does wonder how blissfully obtuse Nai Nai really may be – could she be alert to her affliction and just playing along? The wedding itself is a strange yet alluring spectacle, an alcohol-infused epic replete with off-key stage performances and emotions gurgling past the brain’s normally sober governor.

The gimmick of a group-perpetuated charade may drive “The Farewell,” but the reason it resonates is its star. The comedian/performer well known for taking things to gonzo heights – just witness her and Ken Jeong (“The Hangover”) go at it in “Crazy Rich Asians” – delivers a surprising, if disarming, performance that many might not have imagined possible. Nuanced and deeply reflective, Awkwafina seems to be pulling from somewhere deep; even more affectingly, she forges a heartfelt synergy with the other members of the wonderful ensemble (Diana Lin and Tzi Ma among them as mom and dad). It’s hard to imagine “The Farewell” won’t mark Awkwafina’s breakout; it might just do the same for Wang. After all, this is her story, and one she got Awkwafina to understand from the inside out.