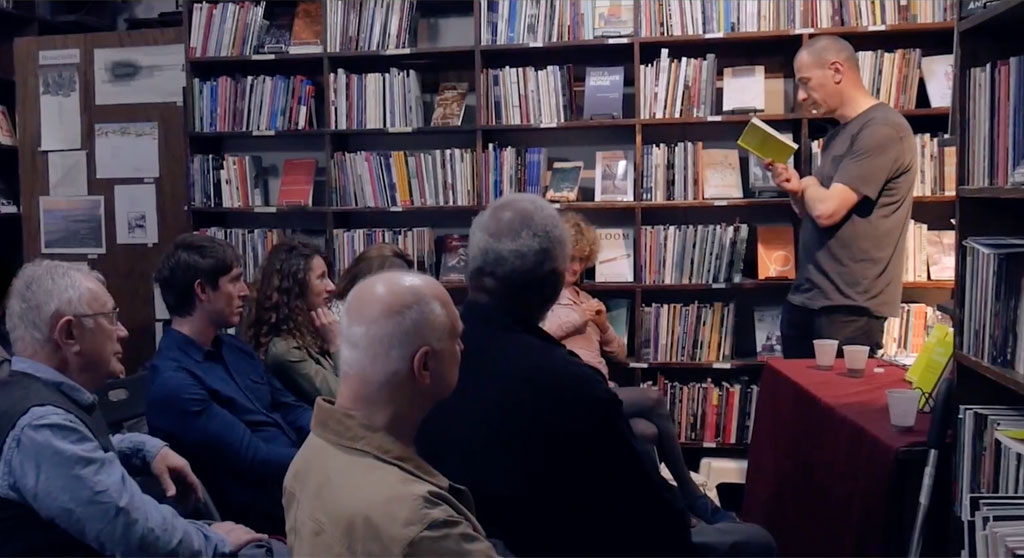 The screening is at 6:30 p.m. Tuesday at the Cambridge Main Library, 449 Broadway, Mid-Cambridge, followed by a discussion between Huang and local poet-publisher Doug Holder.

The documentary puts all of the faces and events into an indelible time capsule, and Menkiti’s death June 17 at age 78 makes Huang’s doc more poignant, relevant and bittersweet. 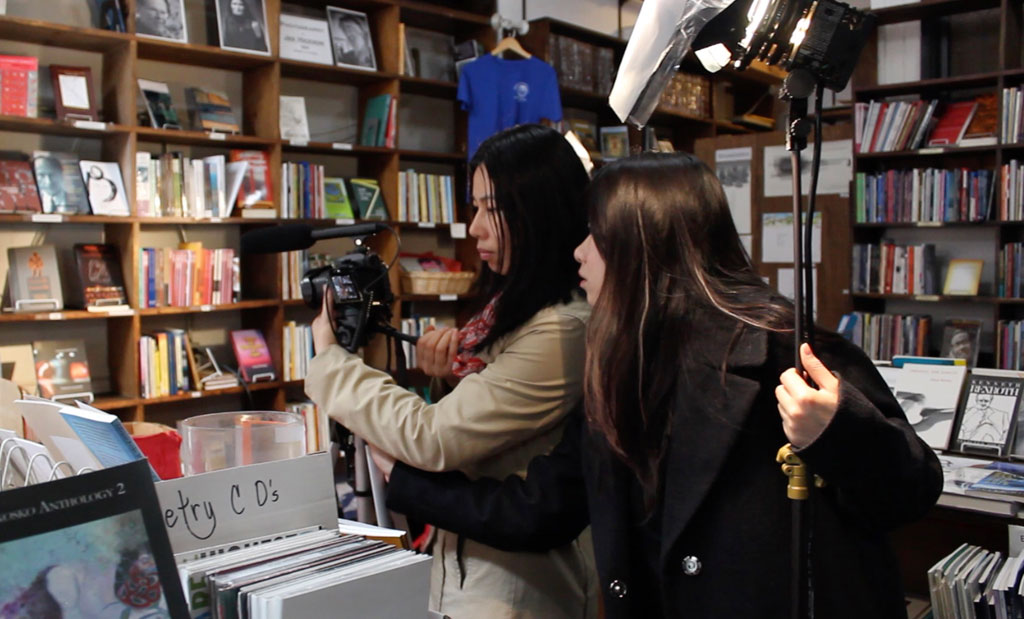 “This store as a cultural place belongs to all of us,” said Menkiti, a Somerville resident and Wellesley College poet and professor of African descent who bought the Grolier in 2006 to save it from closing. He launched a nonprofit foundation for the 404-square-foot shop to ensure its continued public service despite continued difficult finances. “The thing for me is to make sure that we can keep it open.”

The Menkiti family said it plans to keep the 92-year-old shop open for the foreseeable future, but with the loss of other Harvard Square mainstays in mind – Schoenhof’s Foreign Books, founded in 1856, closed its bricks-and-mortar store in 2017 due to high rents and online competition – Huang said she has additional reason to hope people see “The Last Sacred Place of Poetry.”

“I want to make sure the bookstore continues for the next generation,” she said, echoing Menkiti.

Those featured in the documentary include Menkiti and his wife, Carol Menkiti; staff Elizabeth Doran and Celia Muto; and local poets including Holder, Susan Barba, Ben Mazer, Patrick Sylvain and Gloria Mindock. It has been screened at the Massachusetts Independent Film Festival, Barcelona Planet Film Festival, World Premiere Film Awards, North Beach Film Festival, Alternative Film Festival and others. With a grant from Cambridge Arts, Huang is next working on a documentary featuring the street artists of Central Square’s Graffiti Alley.

Meia Geddes, a poet whose books are sold at the Grolier and who helped Huang with subtitles for the documentary, contributed to this report.