‘Synonyms’: A reinvention in the City of Light, eyes down and stripped naked upon arrival 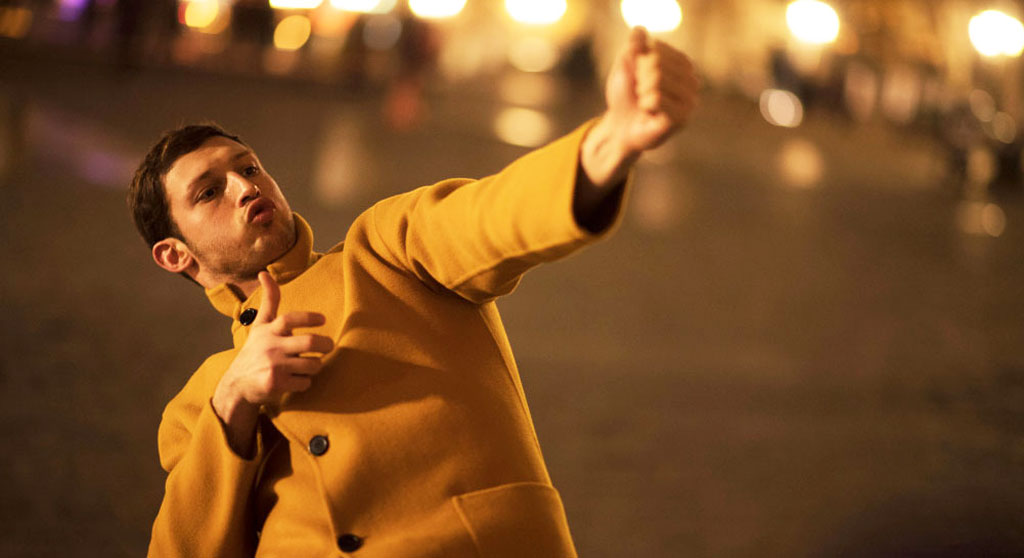 ‘Synonyms’: A reinvention in the City of Light, eyes down and stripped naked upon arrival

“Synonyms” is a powder keg of a film, always on the cusp of bursting into flame. Directed by Nadav Lapid (“The Kindergarten Teacher” in 2014, “Policeman” in 2011) “Synonyms” plays as an angry duel between partners – the performer and the director – for a volatile storytelling approach that is undeniably engaging. 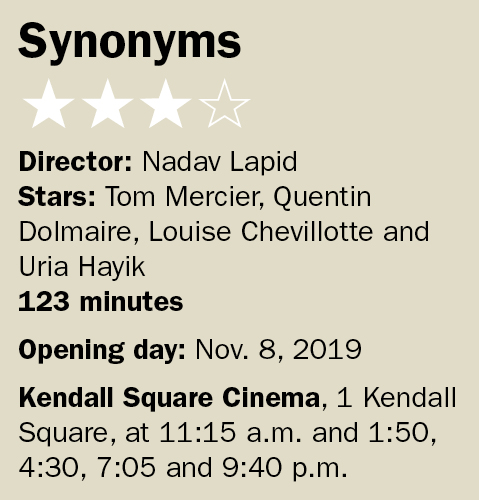 We follow a young Israeli seeking psychological refuge and creative catharsis in Paris, having denounced his home country to look for an identity of his own. Yoav (Tom Mercier) is left literally naked, his belongings stolen from a vacated Airbnb, and meets the elite and aloof Emile (Quentin Dolmaire) and Caroline (Louise Chevillotte), who become integral but often peripheral characters for him to ricochet off.

Lapid’s work is extraordinarily and always in motion, sitting still only when more than one character occupies the screen. With director of photography Shai Goldman abetting, we’re in an unsettling environment: We never take in the grandeur or Paris or find escapism in the skylines and impressive architecture – the viewpoint is from a character whose eyes are perpetually cast down. When we’re in his apartment, the camera is often lower than the character himself, as if to express how the dingy four walls can barely contain his energy.

Yoav and Emile share tremendous chemistry; their scenes are the only ones possessing any deliberate warmth, and hint “what if.” In a film that trains its eye primarily on one aloof character whose emotions bubble just beneath a put-upon mask, these moments of vulnerability act as a reprieve from the tougher storytelling.

But Mercier on his own is an engaging lead, managing to make even duller moments fascinating. He’s a kinetic performer, never relenting in his need to fill space, and his performance aids in creating a character we always hold at arm’s length. The screenplay by Lapid and Haim Lapid walks a line of creating someone engaging and enigmatic, whose posturing is obnoxious and idealism naïve. He might’ve been strictly unlikable if it wasn’t for Mercier’s stunning performance, possessing a hulking physicality while looking to go unnoticed. It’s telling that the yellow overcoat gifted to him by Emile becomes his uniform, telling us visually that even though he wants little more than to become one with the crowd, he’s destined to stick out.

“Synonyms” allows the audience to glean what they can from the increasingly bizarre situations  in which Yoav finds himself. Lapid plays it all masterfully, with a contradictory indulgent restraint, operating with a looseness to narrative structure while keeping the story of one man simple. We’re forced to reckon with the complexities of this character and his inability to find his place in the world or a sense of community, due to both outside and self-inflicted forces. It’s a beautiful, commanding character study by a director who keeps getting better with each new, challenging film.