‘Dark Waters’: Corporate lawyer finds a cause in redemptive tale you may have heard before 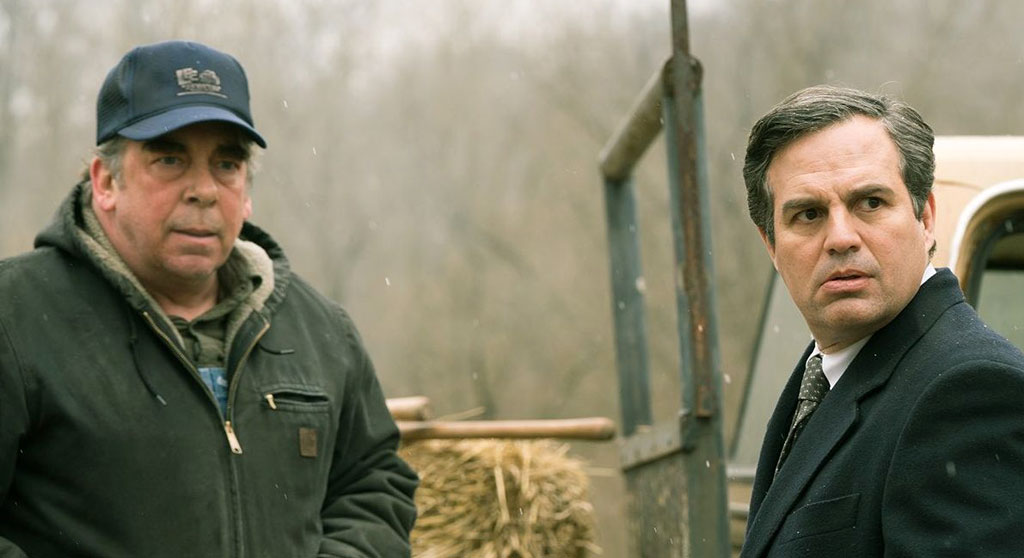 ‘Dark Waters’: Corporate lawyer finds a cause in redemptive tale you may have heard before

Who knew Todd Haynes, the man behind such curios as “I’m Not There” (2007), “Safe” (1995) and “Velvet Goldmine” (1998) would settle down for a by-the-numbers courtroom drama? Sounds improbable, but “Dark Waters” proves it so. Any quirky touch you might hope for or expect from Haynes, check that at the door. 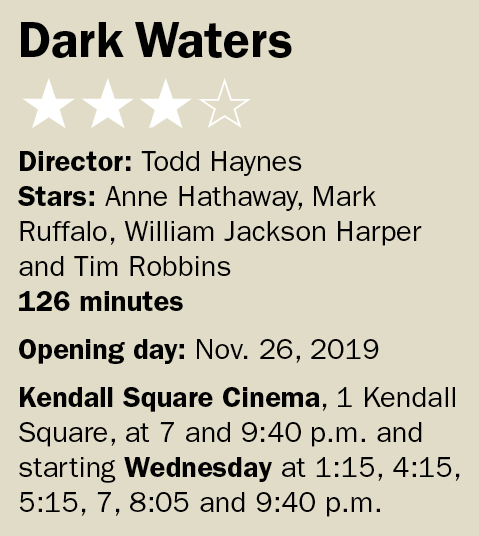 You can think of “Dark Watters” as akin to “A Civil Action” (1998), a serviceable true-life legal chase plumbing the evils of Big Chemical poisoning the residents of a working-class enclave who lack the resources to fight back. That film dramatized the leukemia-linked cases against W.R. Grace not too far north of here in Woburn, back in the early 1980s; “Dark Waters” steps into something deeper and more sinister as the folk of a small West Virginia town raise a fist against DuPont for dumping teflon into their water supply.

“Dark Waters” catches its swell mostly from its impressive cast, namely Mark Ruffalo on point as Robert Bilott, a big time corporate lawyer who one day in 1999 has an incensed farmer (Bill Camp, wonderful in a limited yet pivotal role) show up at his Cincinnati office with a box full of videotapes. Turns out that vociferous aggie, who goes by the name of Wilbur Tennant and knows Bilott’s grandmother, has evidence not only of mad cow disease (literally – cows so on the edge, they go berserk and charge) but a freezer full of frozen mutant organs that would give even David Cronenberg reason for pause. Piqued by Tennant’s pleas and taking it as an opportunity to pop in and see his nana, Bilott takes a drive to Tennant’s farm to see the mass bovine graves and denizens with black-stained teeth. A bigger rub facing Bilott as he begins to dig is the fact his law firm has represented DuPont, and powers begin to amass against him from inside. His higher-up (Tim Robbins) is intoxicated by big dollars but possesses a left-leaning sense of social justice; his pedagogical diatribe in a tightly packed conference room feels so out of place and so over the top that it nearly flips the film on its head.

As you can assume, “Dark Waters” follows a fairly well-worn path. The David vs. corporate Goliath drama has become something of a cinematic staple. Besides “A Civil Action,” “Silkwood” (1983) and “Erin Brockovich” (2000) told against-all-odds struggles of the little guy against nefarious corporate powers seeking to keep the truth at bay and. Those films were also helmed by competent veterans changing it up (Mike Nichols, Steven Soderbergh) and got knockout performances from their stars (Meryl Streep and Julia Roberts). Ruffalo here is pretty impressive as well. As the case wears on for decades, with seeming victories turned into setbacks, the burden – financial mental and professional – is recorded in Bilott’s face as it grows heavier and chubbier, his hair thinning and edged with gray. The sense of weariness and ruin is palpable, hammered home by Bilott’s dutiful wife (Ann Hathaway, nearly unrecognizable in a Carol Brady bob) trying to hold the family together. The best, however, is Camp’s cantankerous old bull, unrelenting and ready for one more fight. At first his fire-and-brimstone rants seem like that of someone who’s not quite right. He’s not: He’s sick, and one quick scan of Parkersburg, West Virginia, illuminates his righteousness and the evils of loopholes that allow corporate entities to knowingly effect the death of nearby residents.