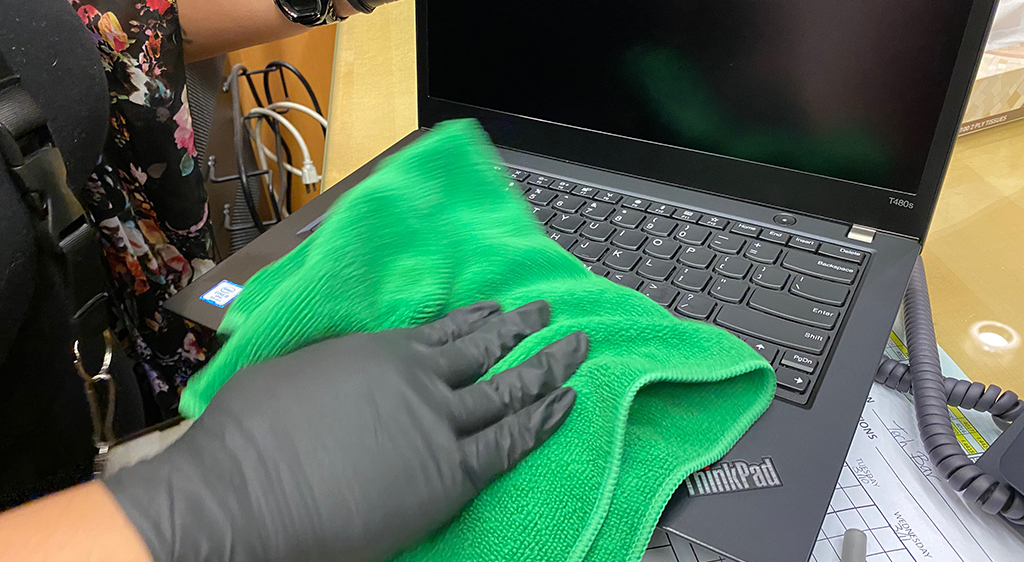 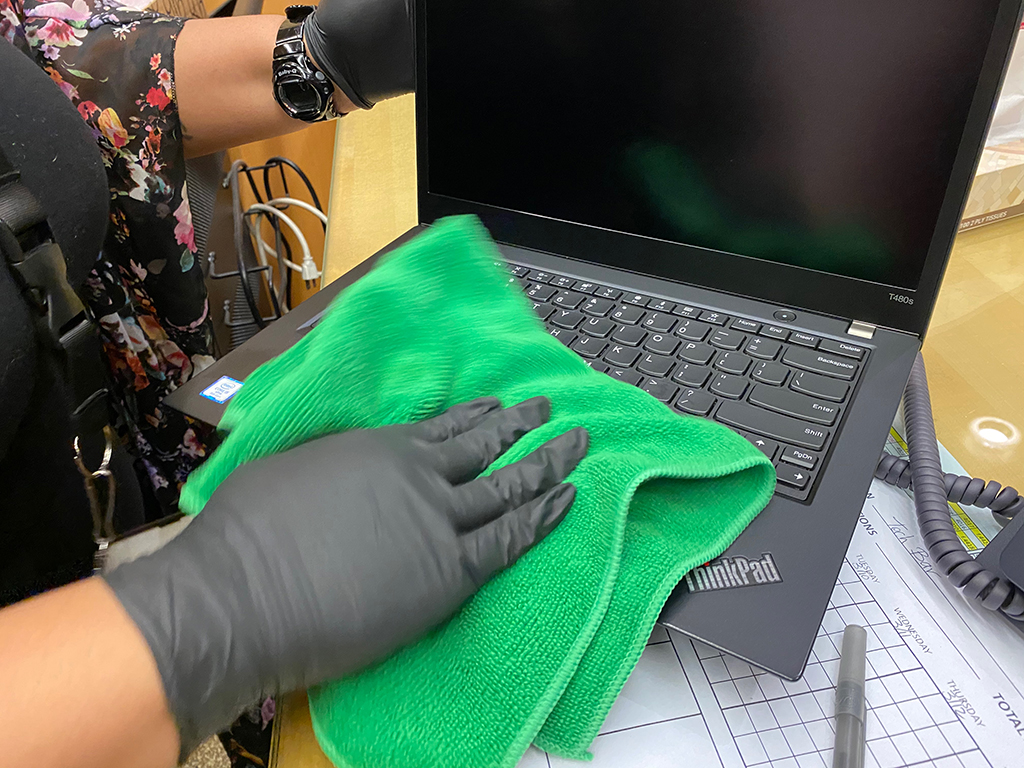 As fears continue to rise over mounting coronavirus infections, Harvard announced Tuesday that it intends to shift all undergraduate and graduate classes online by March 23, telling students not to return to campus after spring break unless they have “extenuating circumstances.” The Massachusetts Institute of Technology said Tuesday that classes will be canceled starting Monday, with classes fully online after spring break and all students required to move out of the school’s group housing by the start of the break.

There will be a petition process but “few exceptions,” the school said, mentioning “students who do not have a home to go to, or for whom going home would be unsafe given the circumstance of their home country or home life.” A follow-up communication would address financial hardships, the school said.

It also disclosed that a recruiter who met with five students and two staff members at MIT’s Sloan School of Management last month has been diagnosed with Covid-19, the official name of the virus that has been spreading rapidly worldwide.

All seven people are healthy and their risk is considered “extremely low,” the university said. The recruiter, from MasterCard, met them in a conference room Feb. 26-27, the school said. The business school campus is at 100 Main St.

Statewide, Gov. Charlie Baker declared an emergency Tuesday as officials reported that Covid-19 cases more than doubled, to 92 Tuesday from 41 on Monday. Seventy of the total are related to a Biogen meeting last month attended by 175 employees. Besides the 70 infected employees or their contacts in Massachusetts, three people in North Carolina and two in Indiana have also tested positive.

In Cambridge, public health nurses are monitoring some people who attended the meeting who are healthy right now but are isolating themselaves at home, the Cambridge Public Health Department disclosed Monday. Cambridge-based Biogen has asked all of its employees who were at the meeting, and people living with them, to isolate themselves for two weeks, whether or not they have symptoms of the virus. It takes up to two weeks for signs of infection to occur.

The Biogen workers are among 15 people in self-isolation and under supervision by Cambridge nurses as of Tuesday,the department said in an update posted on its website. Spokeswoman Susan Feinberg said “the great majority” are connected to Biogen. The department said no one in Cambridge has been diagnosed with Covid-19.

On March 3, “fewer than five people” were being monitored, the department said last week. That did not include the Biogen cases since the news that some attendees of the Feb. 26-27 meeting in Boston had tested positive for the virus didn’t emerge until March 5.

Since then the number of Massachusetts cases has risen rapidly to 41 as of Monday, with 32 linked to the Biogen meeting, the state Department of Public Health reported Monday. Add to that five cases in North Carolina and two in Indiana, so far. The two-day Biogen event hosted 175 people, including high-level executives of the company. It included a dinner.

As the virus spreads, Cambridge and other communities have beefed up efforts to prevent and contain infections. Harvard and MIT are banning large gatherings on campus, with Harvard is urging that any meeting of more than 25 people be canceled. The schools have prohibited university-sponsored travel abroad, and say they strongly discourage private travel; MIT has warned those who do travel overseas that they might have trouble returning to the United States as the situation changes.

Harvard and MIT have also urged students and others on campus to use caution before taking trips in the U.S. to places where Covid-19 is spreading in the community. The city health department also warned about domestic travel; state and federal officials have not, although the CDC notes that local transmission is occurring in some U.S. localities.

In the public school district, “a fake screenshot” is being circulated and causing alarm, school officials said. “Depicting a doctored image of the high school with a television news crawl claiming that cases of coronavirus have been discovered among ‘two Teens’ at CRLS. This is a hoax.”

No positive cases have been found within the school or district as of noon Tuesday, the district said.

Some other virus-related happenings – or non-happenings:

Some civic meetings are being canceled, from the the Green Line Extension public meeting that was to be held Tuesday at the Multicultural Arts Center and the Wednesday meeting of the Cambridge Redevelopment Authority, “in light of the recent increase in reported Covid-19 cases in the Boston area [and] in alignment with many institutions in Kendall Square.”

“We have contacted the state for guidance about future public meetings and options for Board meetings under open meeting law. In the meantime, we are working on expanded digital platform options to collect community feedback about upcoming development projects,” the authority said in an email.

Cultural events are also being affected. Last week, a Cambridge Symphony Orchestra event was relocated last minute to Concord after its expected audience size – more than 150 people – meant it wasn’t allowed at the Massachusetts Institute of Technology’s Kresge Auditorium; this week it’s two performances of WGBH’s “A St. Patrick’s Day Celtic Sojourn” that were expected to be held at Sanders Theatre. Now they’ve been consolidated to one performance at The Wilbur in Boston on Saturday. The Harvard Film Archive has canceled all of its events.

The state Democratic Party has suspended all caucuses, and says that if the issue continues for an extended period, will develop a replacement to the caucus process. “The party has informed [U.S. Sen. Ed Markey and U.S. Rep. Joe Kennedy] of this decision, and each supported the necessary decision by the state party to postpone the caucuses,” the party said in an email.

The number of cases reported in a state or locality depends significantly on how many people are being tested, public health and infectious disease experts have pointed out. Until recently the Centers for Disease Control and Prevention restricted eligibility for testing, limiting it to symptomatic health workers or contacts of people already diagnosed; people hospitalized who had traveled to China, Iran, South Korea or Italy; and people hospitalized with the most severe symptoms and no known exposure.

Under pressure, federal officials opened testing to anyone whose doctor recommended it. But Massachusetts is still following the former CDC guidelines for testing at the state public health laboratory. Quest Diagnostics, which announced it would offer a test starting Monday, is limiting testing to California, Oregon, Nevada and Washington initially, the company said. LabCorp, another major laboratory, is offering tests nationwide, the company said. Cambridge Health Alliance has told its patients that testing “is currently limited” though it is trying to find ways to offer more access “in the near future.” That means allowing people without symptoms to be tested, spokesman David Cecere said Tuesday.

The Alliance has asked patients returning from China, Iran, Italy, South Korea or Japan to postpone “routine appointments” for two weeks after they return, to see if Covid-19 symptoms to develop. Patients shouldn’t walk into a clinic with no appointment – presumably so doctors and nurses can prepare if coronavirus is suspected, CHA told them in an email.

Gaps in prevention and preparation remain. People who go to the main library can borrow a laptop from a machine, but the computer has not been cleaned. A library employee said a technical problem prevents staff from removing the computers to wipe them with disinfectant; he offered to clean the laptop after a patron checked it out, and he did, and the laptops were being cleaned by hand Monday night, as well.

Still, no sign urges people to ask for the service. A library administrator didn’t return a call Monday asking why.

A sign at the main entrance to Cambridge Hospital on Monday asked visitors to notify staff if they have traveled recently to China, leaving out three other countries – Iran, South Korea and Iran – where Covid-19 is circulating more widely than in China. Cecere said updated signs “will be in place later this week.” The situation “is very fluid,” he said. CHA said on its website and in an email to patients that its staff was asking patients about international travel.