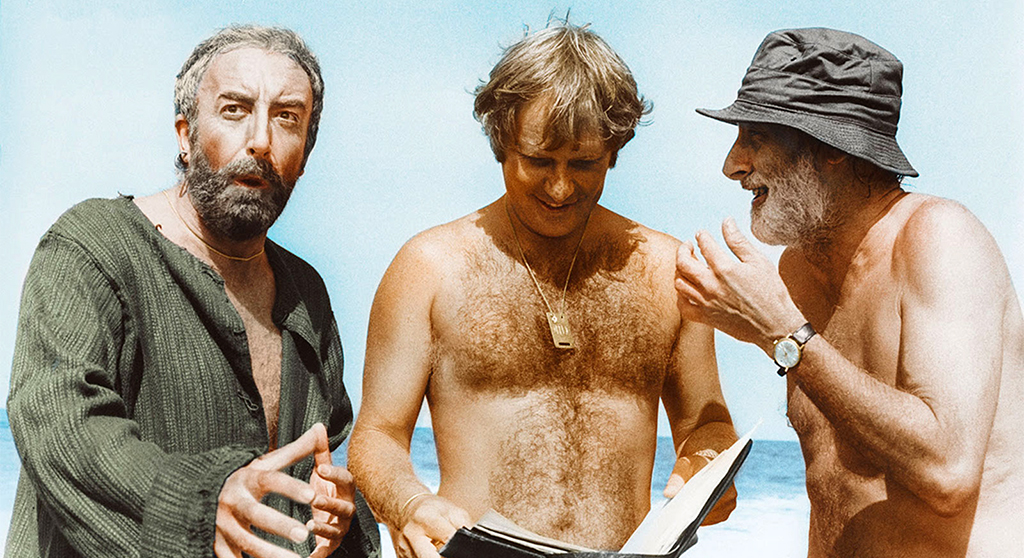 “The Ghost of Peter Sellers” is something of a therapy session for director Peter Medak, who worked with Sellers on the abysmal 1973 pirate comedy “Ghost in the Noonday Sun.” Medak was an up-and-comer hot off the 1972 hit “The Ruling Class” and chanced into Sellers – the world’s most revered comic actor of the time – and at the “Pink Panther” star’s behest, agreed to helm the film conceived by Sellers’ comedic running mate, Spike Milligan. Medak, 35 at the time, said yes (“How could I not?”) and the film went on to be an unmitigated disaster. It ran well over budget, and has still never fully been released.

What we get from Medak’s unique point of view – which is kind of meta, as he’s a filmmaker making a documentary about the making of a film he made – is rue, remiss and a tang of anger. Sellers, after all, pretty much quit the film early on and, as Medak has it, did plenty to undermine the young director and upend a once-promising career. The film is not a hit piece on Sellers, though, and ultimately embraces the troubled star as it delves into his several messy relationships, cardiovascular issues and, as Medak frames with care, mental health issues. Medak’s assessment of his star is backed by Sellers’ daughter, who provides earnest and thoughtful insights.

What’s also amazing to glean from Medak’s rewind is his own journey as a survivor of the Nazi occupation of Hungary during World War II and the Communist iron glove that took hold during the formation of the Soviet Union. But nothing looms as large as Sellers to Medak; it’s the thing that has consumed him for years, and the use of “ghost” is the title is more than apt. The dissection of the production, the filmmaking process and the shenanigans of Sellers and Milligan provide for jaw drops, be it Sellers leveraging his heart condition via a doctor’s note so he could go party in a pub, or the magical transformation of a Chinese junk into the pirate ship only to have it crash on its maiden voyage. Similar films about the making of great films (from the clips of “Noon” that you see here, you know that is not the case), “Burden of Dreams” (1982, about “Fitzcarraldo”) and “Hearts of Darkness” (1991, about “Apocalypse Now”) are more distant and observant; “Ghost of Peter Sellers” to me felt like a somber “The Other Side of the Wind” (2018), Orson Welles’ last, unfinished film framed inside of a documentary. There’s loose narrative play in that film, but Medak here stays close to his heart. In the end he brings it all home while shedding light on careers and films worth remembering … even if the one he’s focused on is not one of them.