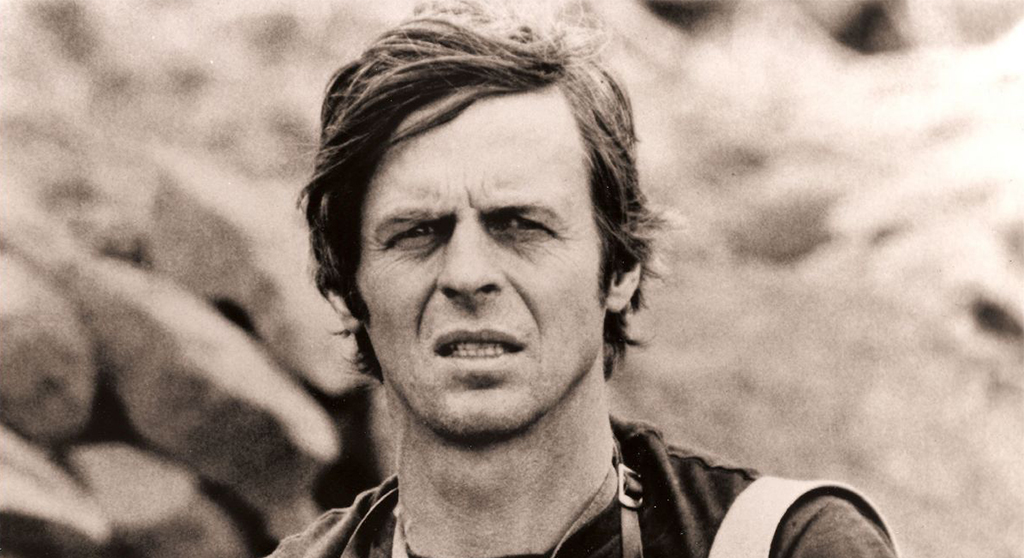 Because of his WASPy, blue-blooded demeanor and cheeky curiosity, George Plimpton always stuck me as a something of a cross between Thurston Howell III and Hawkeye Pierce – the latter maybe because Alan Alda played Plimpton in the 1968 film based on the writer’s bestselling book, “Paper Lion.” Directors Tom Bean and Luke Poling, in their plumbing of the author, editor and sometimes actor, seek to paint a portrait of a man who was more than the sum of his stunts, which famously included turns as a quarterback for the Detroit Lions, goalie for the Boston Bruins, acting with John Wayne and performing with the New York Philharmonic.

Plimpton choose to call these endeavors “participatory journalism,” and it made for good readership in the pages of Sports Illustrated back in the days when Hemingway and Richard Ford were turning in copy. (There was also a “Plimpton! Adventures in Africa” TV series in the early ’70s, hence the film’s title.) He was a string bean of a kid – one of the big reveals early in the film is Plimpton at the prestigious Exeter boarding school failing to make a sports team, which makes his bold undertakings later in life feel like he had something to prove. The main event the film homes in on is Plimpton going a few rounds with boxing legend Archie Moore, the only man to fight both Ali and Rocky Marciano.

And where there is George Plimpton, there is The Paris Review, the literary magazine Plimpton help found in the ’50s and edited until his death in 2003. His love of figures such as Hemingway and Roth is palpable throughout the film, especially in his relentless pursuit to get such luminaries to sit down for interviews. As the doc progresses, Plimpton’s love of the Review shines through even brighter as he becomes a pitch person for car sales and garage openers to make money to support the literary rag. The ads make for a wonderful little time capsule.

Plimpton, as the movie paints him, was a romantic and idealist who kept close ties with the Kennedy family and was there to help wrest the gun from Sirhan Sirhan’s hand when Robert F. Kennedy was assassinated. Plimpton also enjoyed a party, hosting late-night soirees in New York with the likes of Gore Vidal, Truman Capote, Tom Wolfe and Allen Ginsberg. His son Taylor, who reads some of his father’s pieces throughout the film, recounts being kept up regularly by the late-night carousing. Plimpton was also friends with Hugh Hefner and dabbled in acting – we all know of his turn as a shrink in “Good Will Hunting” (1997), but he also had small parts in “Rio Lobo” (1970) and even “Lawrence of Arabia” (1962).

Not all were warm to the eclectic Plimpton. Several literati, such as James Salter, make brief appearances in the film to brand him a “dilettante” – something echoed by Plimpton himself, as the film is imbued with an eerie sense of rue that the journo did not produce “more serious” works.

Other notable local flavorings include former hockey player and coach Mike Milbury, who was one of the Bruins whom Plimpton (often seen wobbling on skates in clips) embedded with, and co-director Poling, who later partnered with Independent Film Festival Boston founder Adam Roffman for the beguiling 2015 short doc, “Spearhunter.”

Bigger familiar faces who make the doc include Ken Burns; “The Wild Bunch” (1969) screenwriter Walon Green, who directed an episode of the “Plimpton!” show; and author Jay McInerney (“Bright Lights, Big City”) whose literary career Plimpton helped launch. Bean and Poling’s balanced tribute makes clear Plimpton was a lover of adventure and new things, and wanted to bringing those experiences firsthand to his readers – and to do so he was unafraid to go into the lion’s den.