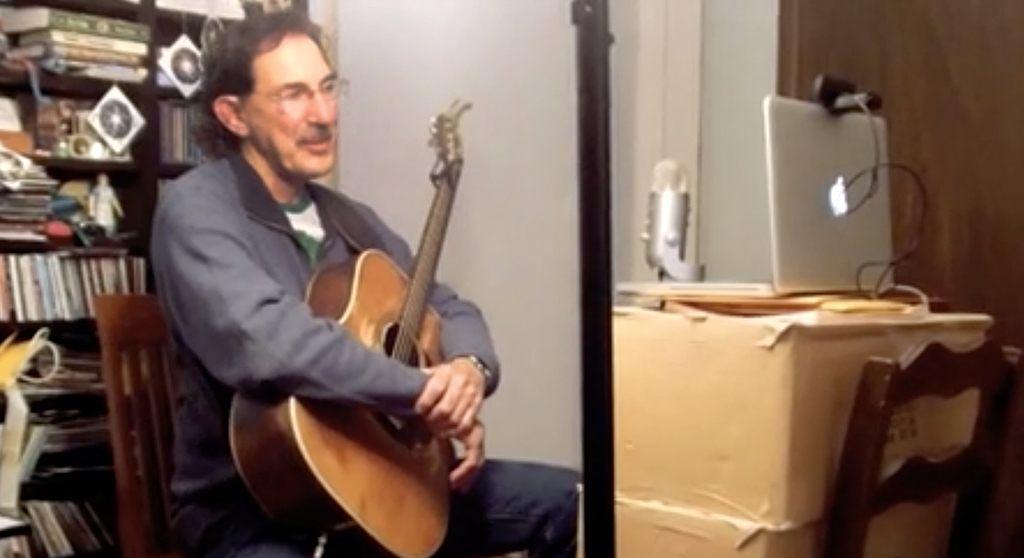 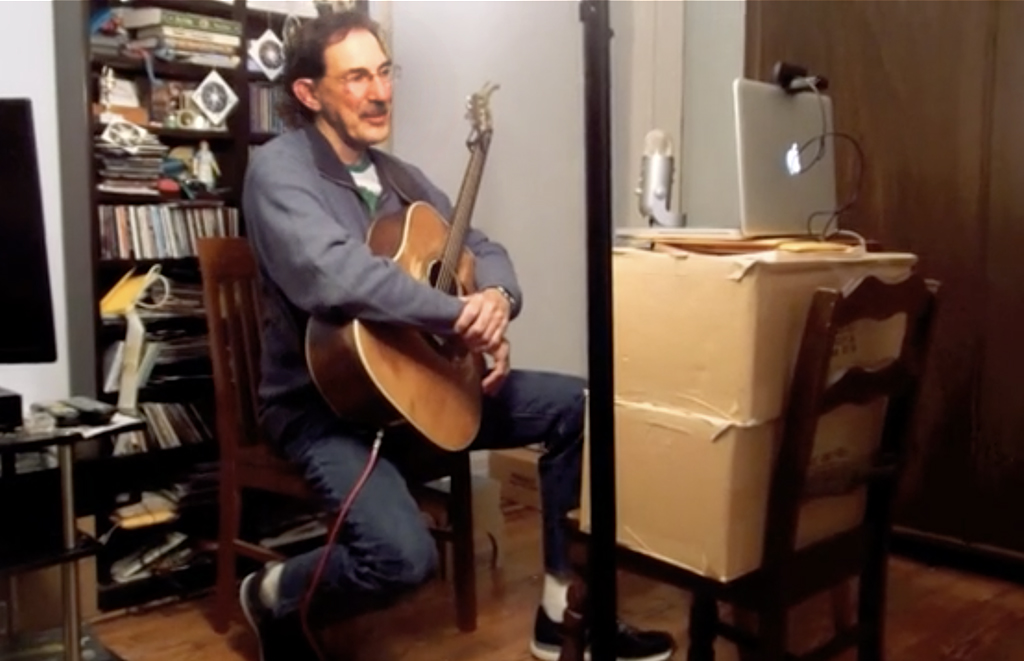 Freebo – musician, singer-songwriter and producer Daniel Friedberg – is no stranger to being creative from afar, as seen in a 2014 online concert video. (Photo: Christine Lavin via Vimeo)

Stuck on a song that just won’t come together? Next week, Club Passim’s digital school of music offers a solution: a session with the song doctor.

That is, Freebo – musician, singer-songwriter and producer Daniel Friedberg, who’s toured and recorded with artists such as Bonnie Raitt; Crosby, Stills & Nash; Maria Muldaur; and Ringo Starr – will be online for two hours June 13 through Passim to give feedback on songs performed by anyone with the money to take part.

“Freebo will have you play a verse and chorus of your song, show you what’s working in your song, what’s not working, and he will give you very helpful hints and ideas on how to make your song better without changing its inherent essence,” according to the crew at the club’s School of Music. “You’ll be surprised how a few Freebo tweaks can take your song to a whole different level.”

The session will squeeze in as many participants as possible, with $50 signups ending 15 minutes before the class begins at 2 p.m. June 13. Pre-sales are highly encouraged, school staff says.

Passim, the legendary Harvard Square folk club, has canceled performances through June 30 to help flatten the curve of coronavirus infections.