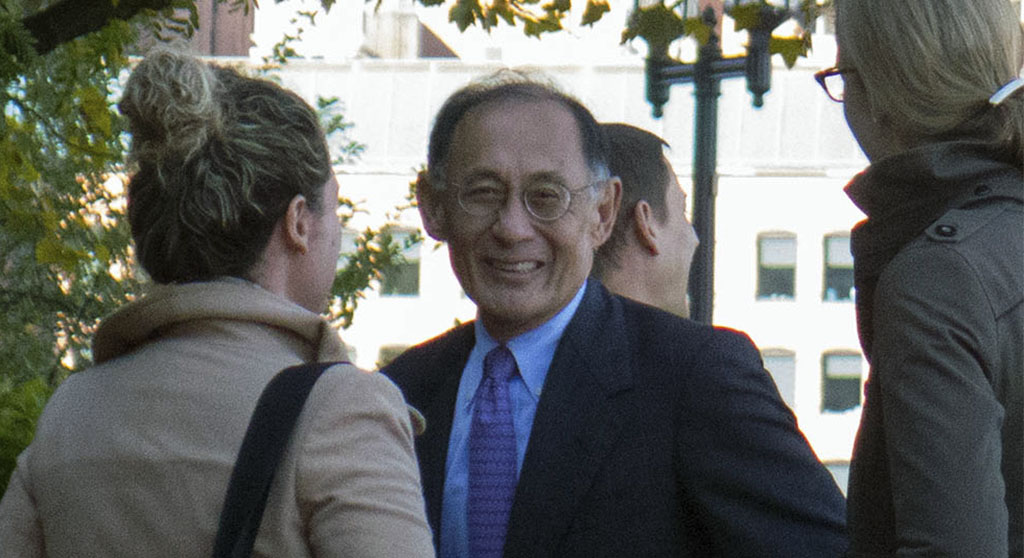 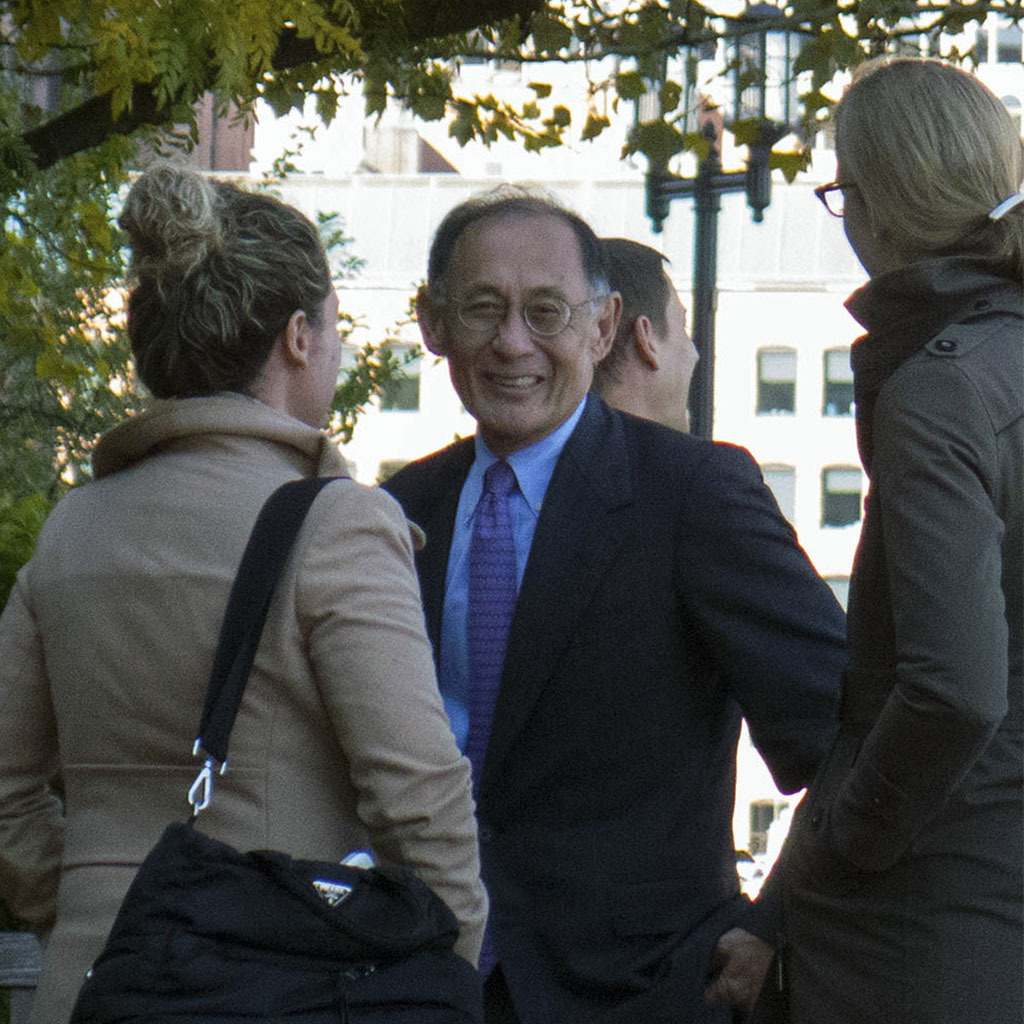 Attorney Bill Lee outside federal court in October 2018. He is part of a team seeking to stop the federal government from blocking Harvard and MIT’s international students from being in the United States for online-only courses. (Photo: John Hawkinson)

The federal government has refused to delay implementing its order requiring international students attending online-only universities to leave the country, and Judge Allison D. Burroughs declined Friday to enter a temporary order implementing such a delay, choosing to wait until the government could file its written opposition Monday and a full hearing could take place at 3 p.m. Tuesday. A decision is likely on Wednesday.

Harvard and the Massachusetts Institute of Technology filed suit against Immigration and Customs Enforcement this past Wednesday, and had a short scheduling hearing Thursday, which was reconvened Friday to allow the one government lawyer present to “burn the phone line[s]” and determine the government’s position.

That lawyer, Rayford A. Farquhar, had promised that “the government is not going to stand still” overnight, but not much had changed in the past day. He was still the only government lawyer present amid a cast of 10 or more attorneys for the schools on a Zoom video conference.

Farquhar and Bill Lee, the lawyer representing Harvard and MIT, said both sides had agreed the government would file its opposition to the schools by noon Monday. Furthermore, between seven and nine amici curiae, or “friend of the court” briefs, are also due by noon Monday, limited to 15 pages each. Scores of universities and others have expressed interest in filing these briefs, although Lee said they would be consolidating their efforts and filing a smaller number.

MIT and Harvard had worked for months, lawyers said, to determine the correct response to the coronavirus pandemic, relying on March 13 guidance from U.S. Immigration and Customs Enforcement that allowed international students to maintain their visa status while participating in online classes. On Monday, ICE threw “virtually all of higher education in the United States into chaos,” the lawsuit said, by announcing that international students holding F-1 visas could not remain in the United States if they were taking a “full online course load.” Students could instead leave the country or, ICE suggested, transfer to another school, something the plaintiffs say is entirely impractical.

Harvard and MIT will file their response by noon on Tuesday, and the government can respond to the amici at that time.

Burroughs will try to read that all in the early afternoon, she said, before the Tuesday hearing. The lawyers suggest it will run an hour and a half, although Burroughs said “we’ll go as late as we need to go.”

The parties have agreed that the question for the court is now a combination of the originally requested temporary restraining order and a “preliminary injunction.” Both kinds of orders would require the government to stop the new rule, but a temporary restraining order is limited by rule to 14 days; a preliminary injunction can run for much longer.

Lee said there was not a specific time, but he suggested that instead of writing a full detailed opinion for Wednesday, Judge Burroughs could issue an order with “an opinion to follow.” Burroughs did not reveal her thinking on that option.

With respect to the legal tests for issuing an injunction, Burroughs did say she thought “the big-ticket item here is going to be likelihood of success on the merits,” the first of four factors. “I think that irreparable harm and the equities and societal interests are going to be easier to wrestle with in this case.” She emphasized she did not need a lot of briefing from amici on the harm this policy would cause to students: “I do want to hear about that, and I want to hear the government’s response to it, but I don’t need to hear about it six or seven times.”

The federal government agencies did not respond to requests for comment on the litigation.

Overnight, there had been few developments in the case, with the U.S. Department of State following U.S. Immigration and Customs Enforcement in implementing the administration’s policy of increasing barriers to foreign students.

At 8:11 a.m. Thursday, State revised its online Foreign Affairs Manual to indicate that consular officers should deny an F-1 visa to any student applicant who “does not plan to take any in-person classes in the United States and could complete the intended course of study online from his or her residence abroad.”

About that Zoom hearing

About 350 people watched the hearing remotely by Zoom video conferencing. Public video of court hearings is normally prohibited by court rules, but they have made exceptions for the Covid-19 pandemic as courthouses are locked down and public access is important.