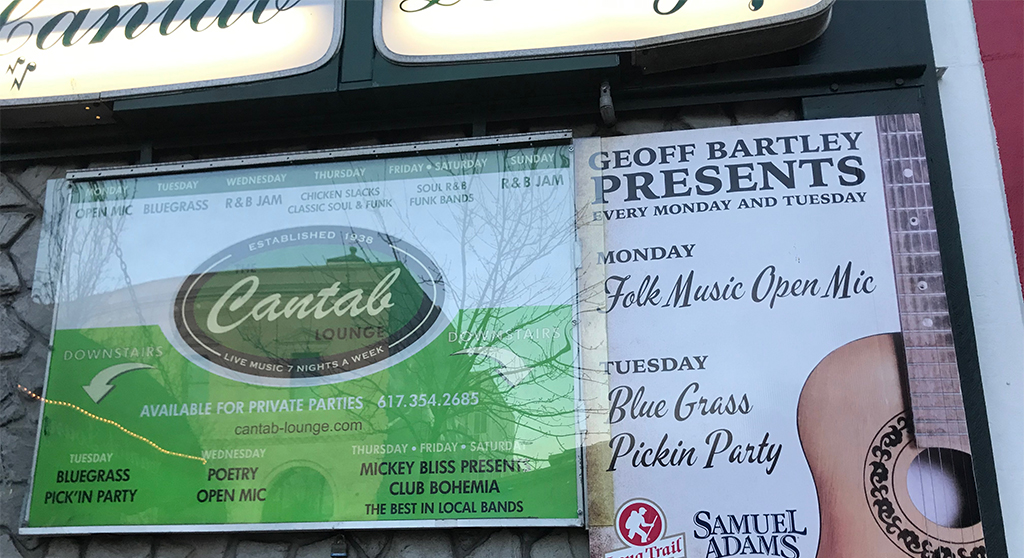 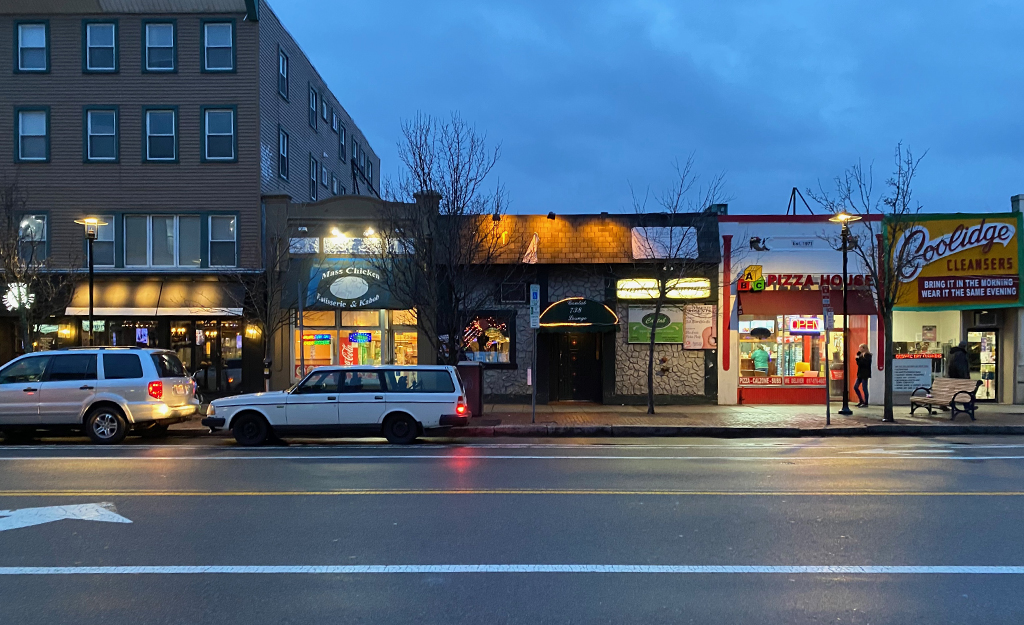 News that the Cantab Lounge in Central Square is looking for a buyer leaves its arts tenants wondering about their own future.

The 82-year-old lounge is at 738 Massachusetts Ave.; it closed with other bars and restaurants March 15 by order of Gov. Charlie Baker to prevent the spread of coronavirus, and hasn’t been able to reopen under a phased plan to restart the state’s economy. News of its closing appeared first on social media Sunday, when it was picked up by Adam Gaffin’s Universal Hub.

For decades its downstairs hosted rock programming as Club Bohemia and a Wednesday event run by the Boston Poetry Slam. Managers of each said Monday that their futures were uncertain.

“We will keep the Bohemia website open. Please send us your ideas as how we can continue to keep promoting artists during this Covid-19 [crisis], and we’ll see what happens,” said Club Bohemia manager Mickey Bliss.

Club publicist Joe Viglione sounded more optimistic. “We’ve been down this road before, and we intend to be back at a new venue,” he said. “We have lots and lots of friends in the nightclub business.”

The Boston Poetry Slam had been at the Cantab since October 1992. “If you ever mentioned you were from Boston at a slam event, you were likely to hear – among other things – ‘Are you Cantab?’” said Simone Beaubien, curator of the slam, online. “Regulars from five, 10, 20 years ago return on a whim, on a Wednesday, to reintroduce themselves to poetry in the same basement … poets leave knowing that when they need to come back, Cantab will be waiting.”

“The global pandemic, the fluctuation of official response to the health crisis and the impossibility of guessing the shape of live art to come mean this: Even before the shuttering of our home venue, I could not predict what the future of the Boston Poetry Slam might be,” Beaubien said.

Monday night open mic host Geoff Bartley said online that he would “be plunging valiantly ahead, scoping out potential venues” for a return. “Be patient! Don’t let yourself be hospitalized for withdrawal symptoms! Don’t lose your chops! Keep singing! Keep learning new songs! Don’t sell your mandolin! Don’t move to Nashville or Austin! Keep writing!” he said. “We Shall Rise Again!”

In a statement released through Viglione, Cantab owner Richard “Fitzy” Fitzgerald said the lounge would reopen “just as soon as it is safe” but confirmed it was for sale, through Goodman & Co. Business Brokers.

“This has not been an easy decision or one I have taken lightly. The Cantab has always been a fun place to have a cocktail, dance and hang out with friends. Our staff is second to none, our customers loyal and our music the best,” Fitzgerald said.

Other closings in recent months include Inman Oasis, a spa with hot tubs unique to the area, with the next closest such business in Northampton; Kendall Square’s Flat Top Johnny’s, the city’s only pool hall; the Central Square bar The Field; and restaurants including the tapas place Cuchi Cuchi.

This post was updated July 21, 2020, with comments from Cantab owner Richard “Fitzy” Fitzgerald.