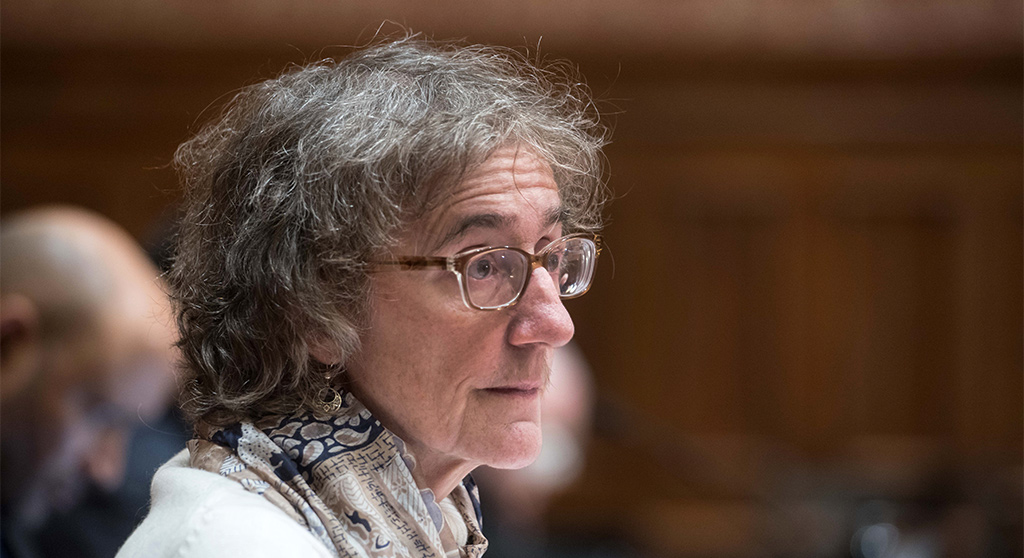 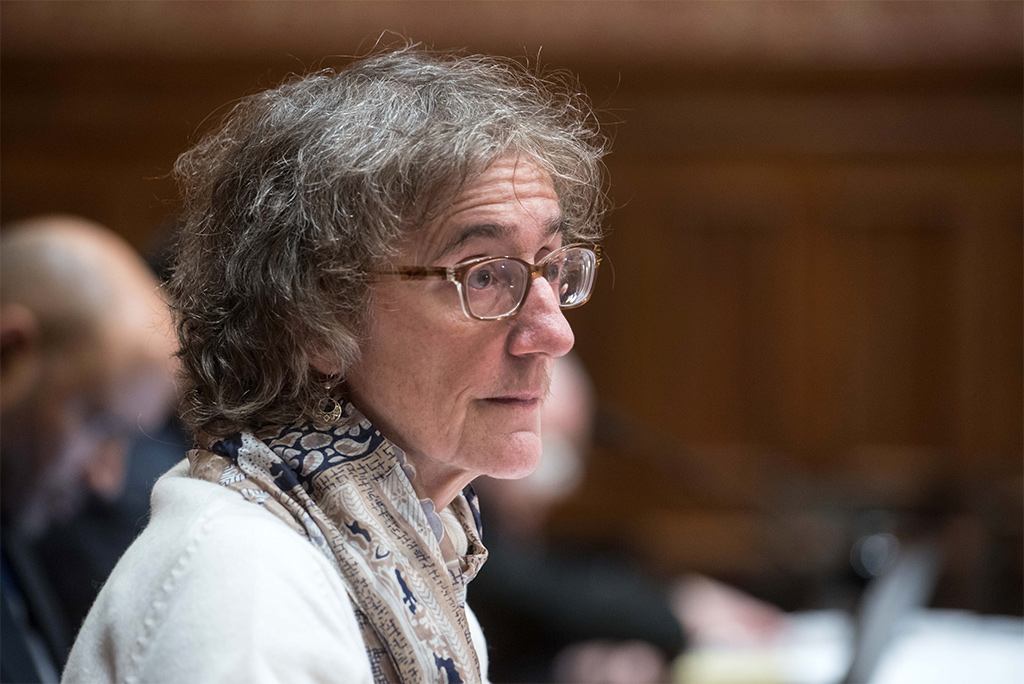 Reconsideration was filed Wednesday by city councillor Patty Nolan on an 18-month contract extension offer to the city manager. There was too much confusion the previous day for her to be comfortable with the process, she said.

The vote “was flawed, unclear and warrants discussion with full transparency,” Nolan said late Wednesday, underlining that she was blaming the council and not the city manager. “I … was surprised and taken aback. How did a process which could and should have been professional and sensitive become a public mess?”

The contract extension for City Manager Louis A. DePasquale was voted late in a nine-hour meeting – so late that it took place Tuesday, technically, though the meeting began Monday – and under an implied threat from councillor E. Denise Simmons, who negotiated the extension with the city manager, that without approval that moment, “I think we’ll lose him. And the question has to then become do you want to lose the head of a city that’s doing a great job.”

Yet DePasquale’s existing contract spells out that approval wasn’t needed immediately, and that he needed only to be told that the council wanted to extend so the details could be pinned down later.

In a three-page statement, Nolan said she was surprised at the pace of discussion because at a March 12 meeting of the council’s Government Operations, Rules & Claims Committee, the process described by Simmons included a closed-door session to discussion negotiations: After a conversation with DePasquale, she would “come back to the committee with what comes out of that discussion. But again, it is just a conversation,” and that would be followed by the committee forwarding a recommendation to the full council to vote on. A follow-up meeting July 20 discussed the length of an extended term, but not a change to the process, and the closed-door meeting never happened. What was presented Tuesday was not a committee recommendation, but a memo from Simmons.

“I should have asked why we hadn’t had an executive session,” Nolan said.

“Many of us expressed confusion about what the terms were, and whether they were appropriate. Many of us were exhausted, and while we wanted to respect the city manager, also wanted to recognize that the process – through no fault of the city manager – was disconcerting at best,” Nolan said. “The draft had some handwritten notes, some things scratched out, and an end date that matched with no specific logic. And it wasn’t clear to me if we were voting on an actual contract or the rough outlines of one that could be finalized later.”

Under council rules, reconsideration of a vote can be filed for the 36 hours after “the day of the meeting” by any member on the winning side of the vote. Often on controversial votes, a member will move to block reconsideration – but at the rushed end of this meeting, which let out at 2:08 a.m., no one did.

Nolan said she did not vote in favor of the contract extension just so she could move reconsideration. On Wednesday, she said she was still prepared to approve an 18-month extension for DePasquale.

But she’d woken up “troubled,” she said, “by a deeply flawed process that was undemocratic, unclear and counter to the good governance I promised to model and practice every day when I took the oath of office. And floored by the fact that several of us were not entirely sure what compensation package we were approving.”

Questions remain about the financial package that was pushed through, which Nolan – whose background is in business – said shows pay increases beyond the standard cost-of-living increases described by Simmons and confirmed by city solicitor Nancy Glowa. And according to her review of other cities of similar size and bigger also holding AAA bond ratings, no mayor or city manager gets pay close to DePasquale’s rate of more than $320,000 a year. When DePasquale does retire, he will join two other living former Cambridge city managers who earned at the same rate, all pulling in premium pensions and whose health care is paid for by the city.