A day to fall in love with Cambridge 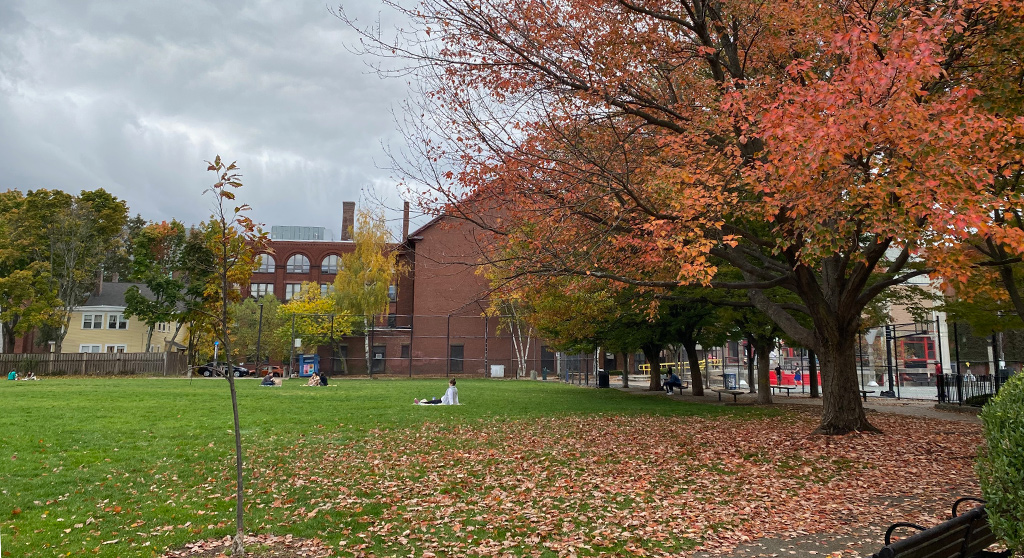 A day to fall in love with Cambridge

Saturday was one of those times Cambridge was easy to love. With weather in the high 60 degrees and dry despite entering late October, the city was outdoors taking advantage while it could. On the 10-minute walk between the Squirrel Brand Community Garden on Broadway in The Port and the Starlight Square complex in Central Square – a mere half-mile – you could find folks … Gathering for a Poets in the Garden event with poet populist emeritus Toni Bee. Getting a meal, beer or coffee from Lamplighter Brewing Co.’s pickup window or its curbside dining area. Enjoying the lawn at Sennott Park … … and watching their kids play in the Sennott playground. Chatting lazily with friends and family on the porch. Seesawing on equipment set up by CultureHouse, a creative community spaces organization. Performing music – and listening to it – in the middle of a Starlight Square flea market.

Though the charms of the city can get obscured behind the masks of a pandemic and the politics of development, there are days that Cambridge just opens its arms wide and offers a bear hug. It doesn’t happen out of nowhere: Toni Bee, Chad Parenteau and a slew of others had to organize Poets In The Garden; Michael Monestime and the Central Square Business Improvement District had to make Starlight Square happen; city government has to maintain the parks; and we all have to contribute to that feeling of safety, community and welcoming.

But when everything comes together, it reminds you why there are so many people who feel so fiercely for this little city.