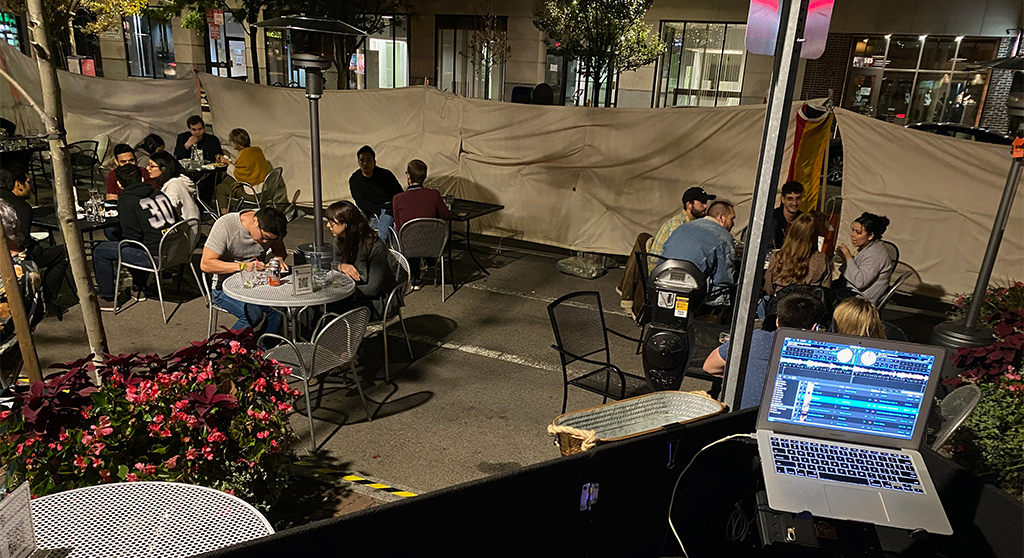 After a week of delay and an hour and a half of debate and questions, the City Council approved a measure Monday asking the city manager to consult with neighboring communities on restricting indoor dining, gyms and other nonessential indoor business activity – discussions that have already begun without any action by councillors. An amendment added to reassure anxious business owners proposed that city officials, business representatives and the city’s expert Covid-19 advisers examine ways to make indoor businesses safer.

The vote came as cases continue rising in Cambridge, the state and most of the nation.

Experts who spoke at a two-hour special council meeting before the regular session made it clear that maskless activity indoors, such as eating and talking in restaurants, is risky. Jill Crittenden, researcher at MIT’s McGovern Institute for Brain Research and member of the city’s Expert Advisory Panel, said “safe dining has come up repeatedly” at meetings as well as “concerns about people being at tables unmasked and not informed of that concern.” Exposure in gyms has also worried the experts, though improved ventilation in restaurants and gyms could make them safer, she said.

Owners of restaurants, bars and gyms who spoke after the special session and before the regular meeting said they had adopted more stringent precautions than required and that a shutdown would be disastrous. Three councillors also objected to the measure, to varying degrees. Only one of them, Marc McGovern, made a dent in the desire of the majority to “give clear direction to the city manager on where we want to go,” as councillor Quinton Zondervan said.

McGovern suggested an amendment to replace the section asking the manager to consult with the regional mayors’ group on a shutdown, substituting language requesting that city officials and departments work with business and experts to find solutions to make indoor businesses safe. “When I hear councillors sort of say it is an ‘inconvenience’ or [businesses] can start up again, it won’t be the case for many people. This will really ruin their lives,” he said.

McGovern withdrew the proposal when Mayor Sumbul Siddiqui, co-sponsor of the original order with vice mayor Alanna Mallon, said she objected. He changed the language to make the amendment an addition instead of a substitution. That change won approval.

A divided council voted 5-4 against councillor E. Denise Simmons’ proposal to remove references to indoor dining and gyms from the original order. Simmons ended up not voting when the final policy order was decided. Councillor Tim Toomey, who had tabled the proposal for a week when it came up at the end of the Nov. 16 meeting, tried to change the order to require that the city manager consult with representatives of the business community as well as the regional mayors’ group, but McGovern’s amendment superseded his proposal.

It’s not clear what impact the order will have. Councillors have no power to force restaurants to close or even to require the city manager to consult with neighboring communities. “I think folks thought if this passed tonight, restaurants would be closed tomorrow. That is not the case,” councillor Jivan Sobrinho-Wheeler said.

And City Manager Louis A. DePasquale made his reluctance clear. Asked how much financial help the city could provide if indoor dining must end, he said: “We’re still hoping that the businesses can remain open. If at some point we have to close them, there is limited assistance that we can provide … It certainly would not be enough – the city is restricted on what we can do.”

Siddiqui and Mallon tied the proposal to their desire to keep schools open to in-person learning. If new cases of Covid-19 rise higher than the school district’s trigger point of a seven-day average of more than 25 cases per 100,000 population, children could no longer attend bricks-and-mortar classes.

As of Monday, the figure as reported by the Cambridge Public Health Department was 18 cases per 100,000. Though the number of new cases does vary, it has been rising. Chief public health officer Claude Jacob told councillors: “On Nov. 1, we had four new cases. Nov. 8, we had eight new cases. Nov. 15, 25 new cases.” Over two days a week ago the city reported a total of 92 new cases; it has since fallen to the 20s. Experts who spoke at the special council meeting said Thanksgiving and Christmas could worsen the situation.

“The trends certainly don’t look good at the moment,” said Helen Jenkins, a member of the school district’s scientific advisors panel from the Boston University School of Public Health.

Councillors Toomey and McGovern asked for evidence that closing indoor dining would keep schools open, with Toomey saying:  “It pains me to think people [believed] we were pitting the schoolchildren against businesses, whether it is restaurants, gyms, hair salons, churches or any of the activity. It really, really pained me. I didn’t see any direct correlation between those – and no hard facts.”

Sobrinho-Wheeler replied: “We heard, if cases keep rising in the community, these places are contributing to cases, it will spill over to the school. They are linked. There is a clear link.”

Data on clusters published by the state Department of Public Health identified spread within households as the biggest source of infections. But experts at the special council meeting said it’s easier to trace a case within a household than to examine spread from a restaurant or gym. “What I will emphasize is that I haven’t seen any active efforts to monitor this. You know, we’re not looking for evidence, we’re not going to find this information,” said Mauricio Santillana, an assistant professor at Harvard Medical School who tracks global infectious disease and is lead at the Machine Intelligence Research Lab.

Jamie Lichtenstein, a biologist and researcher at Emerson College’s Marlboro Institute for Liberal Arts and Interdisciplinary Studies and member of the school district’s panel of scientific advisers, said that “nationwide, we have significant evidence that indoor dining, gyms and bars are the key places that this is spreading, in addition to people’s homes.”

“We don’t have that evidence in Cambridge, because nobody’s collected it,” she said.

Lichtenstein said information from the state health department shows that “actually in Cambridge, significantly more kids in remote learning are testing positive for Covid than kids in in-person learning. We know that some kids in remote learning are moving together without masks in people’s homes to do pandemic pods, learning together for the remote schooling and things like that. And we know that homes are more poorly ventilated than our schools.

“Given the current school setup, the evidence is actually kids are safer in school than they are in their own homes,” Lichtenstein said.