On ‘For Better or Worse,’ Billy Dean Thomas uses vulnerability as fuel for social revolution 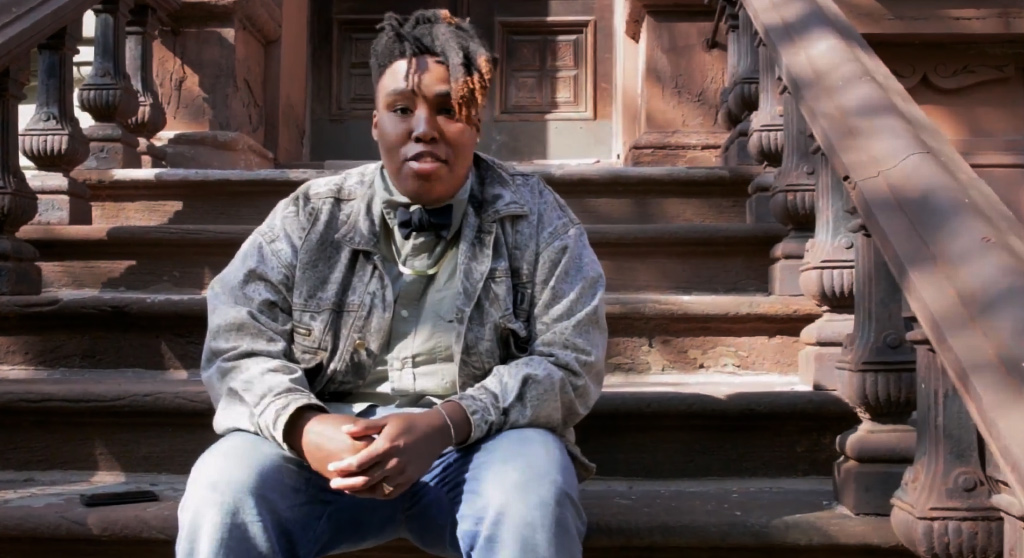 On ‘For Better or Worse,’ Billy Dean Thomas uses vulnerability as fuel for social revolution

Billy Dean Thomas, from a 2016 video introducing their appearance at the Harlem Arts Festival.

Looking at a picture of Billy Dean Thomas, they’re cool and collected: often sporting a signature button-down shirt with a bow tie, flashing a smile. That’s why their latest project, the seven-track EP “For Better or Worse,” which sees them at their most vulnerable, proves so potent. It highlights a different side of the artist: not a featured vocalist and co-writer on a Grammy-nominated track, but someone whose music is full of raw emotion as they reflect on the 2020 election, racial justice and the nonstop grind for notoriety.

Released Oct. 30, the EP is painstakingly honest, hitting feelings on the head in a rhythmic, punchy way, welcome after a year of fearmongering, fake news, pain and loss.

Thomas, who played Cambridge stages at Oberon and The Sinclair pre-pandemic, uses music to inspire a larger dialogue about what it means to take up space as a marginalized person in America.

“For Better or Worse” can be streamed on billydeanthomas.com.

Thomas is Black, queer, and nonbinary, and “For Better or Worse” sees them sounding off as one of Boston’s most brazen voices for social justice. Their politics are unapologetically left-leaning, intersectional and inclusive. You won’t find any of hip-hop’s modern tropes here – no misguided hatred, misogyny or excessive drug talk – only soul and poetic justice. Welcome to Billy Dean Thomas’ world of hip-hop, where everyone belongs.

“Trust No Mo” serves as the revving engine to kickstart this EP. It wastes no time in speaking to Thomas’ preferred method of enacting social change through music. If we want things to get better, we need to get loud – sooner rather than later. The chorus skitters around, delivering rapid-fire, in-your-face bars. “So high so high, so low so low,” Thomas raps, reflecting on the struggle of trying to make it big and finding folks to trust.

In “Be Well” too, Thomas kisses fake friendships goodbye. They also indulge in retail therapy and offer up music as a “peace treaty and [a] club throwdown.” It’s their preferred method of making amends and putting haters in their places.

Before ending the track, Thomas imparts some life advice: “One, watch the people who around you/Two, it’s always someone in your own crew/Three, I never bite the hand that feeds me unless the hand got white skin and he tryna kill me.” This is a quick word of caution to the privileged, addressing racially motivated violence. “Be Well” is simultaneously an extended hand and a diss – a smooth, confident middle-finger of a song.

“Stressin and Flexxin” is a standout track, with its angry, industrial beat, heavy drums and crashing cymbals. “I been stressed, waiting on my moment to feel blessed,” Thomas sings, lamenting the struggle for fame and money in a music scene that favors mediocrity. It’s also a callout of the systems that have historically kept folks of color in their places, their growth stalled.

“Trump Vs. Biden,” featuring Harlem-based rapper S’Natra, speaks to the contentious 2020 election. Thomas raps about being on “autopilot” and “sick and tired of fighting” during a lesser-of-two-evils election. For many, it wasn’t Trump vs. Biden, but Trump vs. not-Trump, and his defeat represents only a partial victory for marginalized identities with much work still to be done on a systemic level.

The EP closes out with “Balance,” a hard-hitting reality-check of a track that speaks to the irony of working for the government yet being on food stamps or avoiding drug use through the “gift of gab,” but wondering when that rap career will pay off.

James Baldwin, whom Thomas cites as inspiration for the EP – and can match in emotional intensity – said, “You think your pain and your heartbreak are unprecedented in the history of the world, but then you read.” In this case, marginalized folks may think they’re alone in their fights, but pressing play on “For Better or Worse” will vocalize their struggles. As much as Thomas is a skillful songwriter, this EP sees them rising up as something more: a community figure, championing social revolution through vulnerability and their own soulful brand of lyrical advocacy.