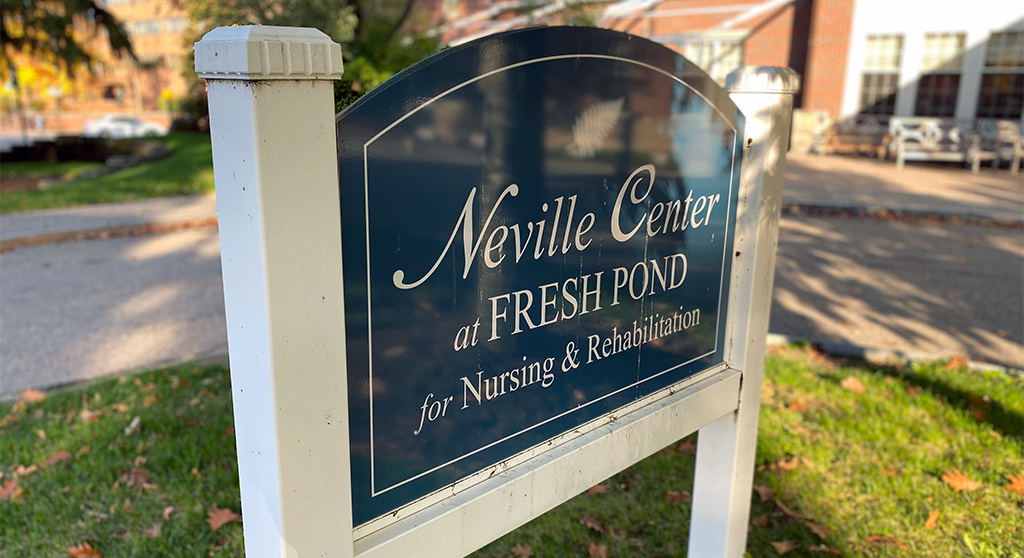 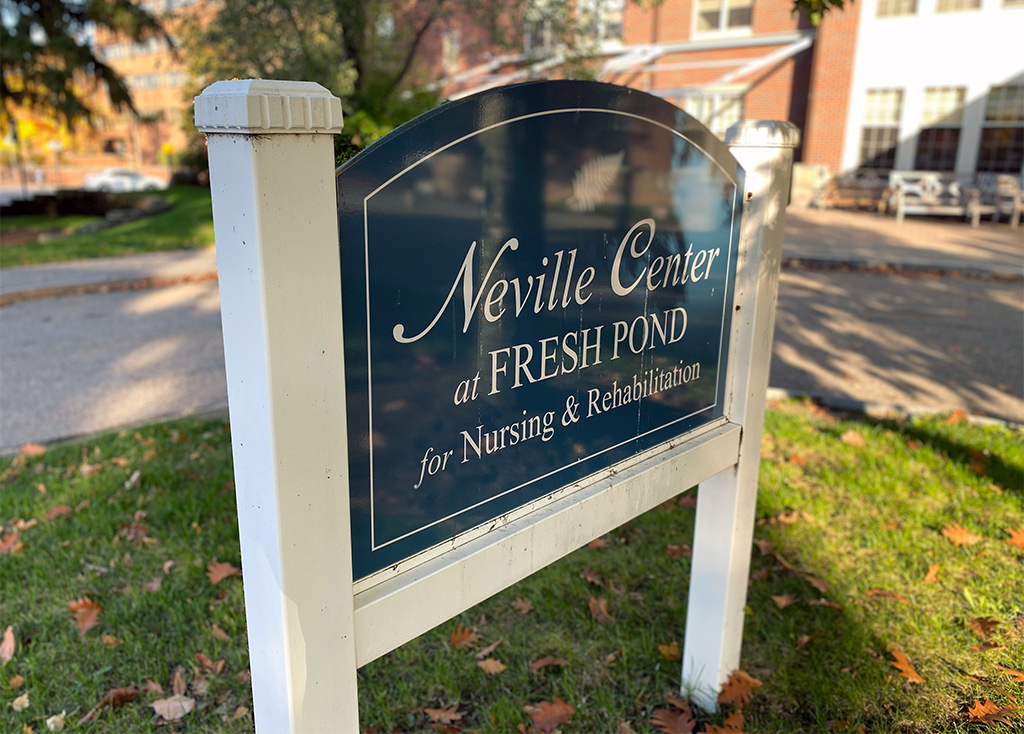 Neville Center at Fresh Pond has set up one of five Covid-19 isolation recovery units as part of a state program. (Photo: Marc Levy)

Neville Center at Fresh Pond, one of Cambridge’s three nursing homes, has opened an isolation unit for patients recovering from Covid-19. The unit began operating Friday and housed six patients as of Tuesday. They are not residents of the nursing home who newly tested positive for the virus, as reported Sunday. Neville Center had initially listed them as residents on its web page, which provides daily updates on the number of residents and staff who are infected.

The 14-bed isolation area is part of a state program to relieve pressure on hospitals by giving them a place to discharge Covid-19 patients who no longer need hospital care but aren’t well enough to go home. The state health department requires nursing homes to provide separate staff to care for patients in an isolation unit and ensure that neither employees or patients enter areas where residents are not infected. Nursing homes can get extra Medicaid reimbursement if they establish an isolation unit.

Neville Center said in a letter to residents’ families Tuesday that the unit is one of five approved by the state. As of Wednesday there were six; the others are in Worcester, Dartmouth, Wrentham, Tewksbury and Haverhill, according to the latest list from the state. The letter to Neville Center family members also said the unit has a separate entrance and “dedicated staff.” It said Neville Center established the unit “in support of our referring hospitals and community need.”

Angela Penny, spokeswoman for Landmark Health, the company that manages Neville Center, said the unit admitted seven patients Friday. One has returned to the hospital.

To win state approval for an isolation unit, a nursing home must agree to notify two local hospitals that it is accepting Covid-19 patients; nursing homes can’t refuse to accept anyone because they’re infected, whether from a hospital or the community, unless the facility doesn’t have adequate staff and space.

Earlier in the pandemic, state officials tried to get dedicated nursing home space for Covid-19 patients by moving residents out of some facilities and into others. The plan foundered when tests showed that some residents being transferred to other nursing homes had the virus. This program may also run into problems: One family member of a resident in a Lowell nursing home that’s opening an isolation unit, Willow Manor, is complaining that the unit puts residents at risk, and a Billerica legislator, Marc Lombardo, said he wants a ban on the units, the Boston Herald reported Tuesday.

Neville Center replaced the former city-owned nursing home Neville Manor and it was built with aid from the city and the Cambridge Housing Authority. A total of 85 residents have tested positive for Covid-19, none recently, and 31 died. A staff member was infected last week, bringing the total to 53.