Passim board elects Bartlett as its next chair, honoring outgoing Potts with grant for artists 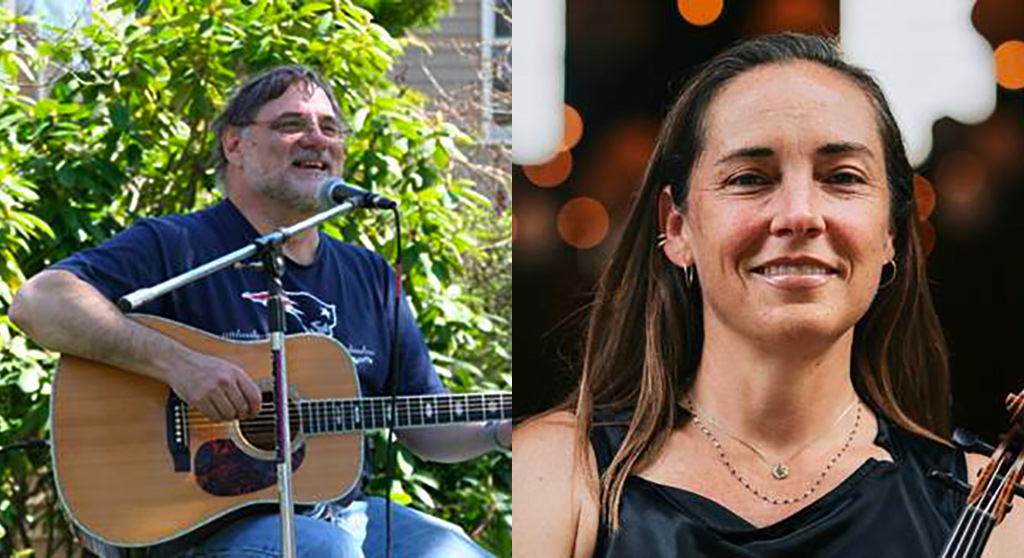 Passim board elects Bartlett as its next chair, honoring outgoing Potts with grant for artists

Passim’s board is creating an annual grant to honor outgoing chair Jerry Potts, and has elected Annie Bartlett as the new chair. (Photos: Passim)

The board of the music venue and arts nonprofit Passim has seen some turnover, with Jerry Potts stepping down as chair and musician Annie Bartlett elected by the board to replace him.

Bartlett, a Winchester violinist and violist, has been a member of the board since 2008. She is a member of the “disreputable classical music” ensemble Rosin; a fiddle player in Hank Wonder; trustee of the New England Conservatory and former board chair of the Winchester Community Music School; and founder of her town’s Sheffield Sessions.

Potts, of Medfield, joined the board in 2000 and has served as chair for 12 years. During 27 years in the business world, he consulted with a variety of startup organizations; cofounded RadioBoston, a live Internet radio station; and, in the early 1990s, founded the independent Eastern Front Records label. It became home to many Passim regulars, including Kevin Connolly, Barbara Kessler, Peter Mulvey and Martin Sexton.

“Jerry’s label helped kickstart the careers of many Passim singer-songwriters. Through his patience, generosity and expertise he helped many artists develop a national following and cement lifelong careers as professional musicians,” said Jim Wooster, executive director of Passim. “Jerry’s work and leadership truly exemplify the mission of Passim – to provide exceptional and interactive live musical experiences for both performers and audiences, to nurture artists at all stages of their career, and to build a vibrant music community.”

Passim announced Dec. 3 the creation of an annual giving program in honor of Potts: The Eastern Front Songwriter Grant, which officials said would help pay for artists’ recording projects. No other details were released immediately about the grant, which looks like a complement to the annual Iguana Music Fund. That program disburses around $40,000 annually for projects and expenses “to aid in artists’ career growth,” including recording projects. It 2020 recipients are due to be announced by the end of the year.