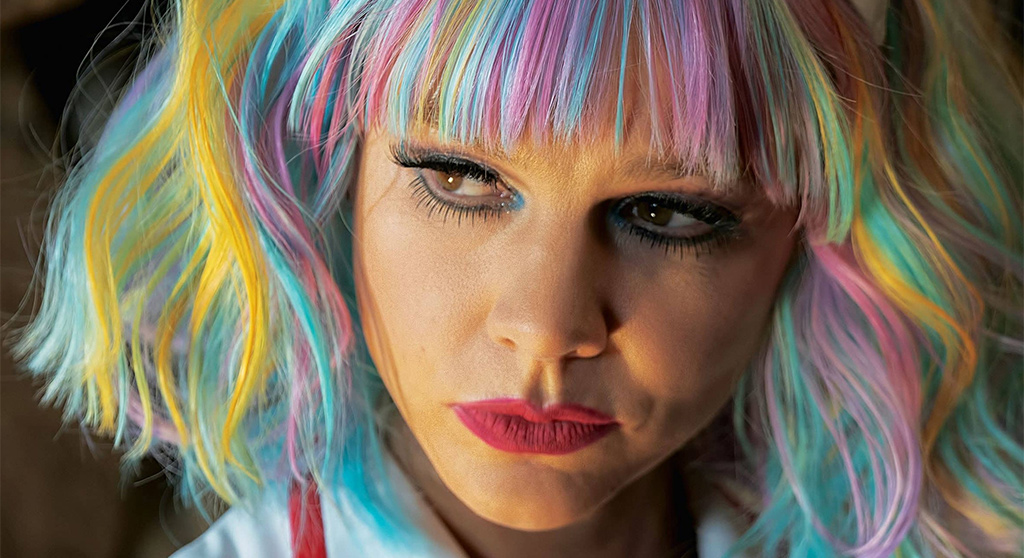 Immeasurable rage simmers below the surface of “Promising Young Woman.” As a biting play on the rape-revenge thriller, the film’s greatest attribute is its indictments of “the nice guy,” toxic masculinity and the belief that “boys will be boys.” Director Emerald Fennell (a writer on “Killing Eve”) analyzes society’s tendency to give men “the benefit of the doubt” for fear of ruining their future – to the detriment of young women with brilliant minds, open hearts and curiosity whose “promise” gets cut short. Reactions to the film are divided due to a deliberately jarring tonal shift in the third act, and the film’s power is undercut by its marketing as a dark comedy. It really should be only labeled as dark.

We meet Cassie (Carey Mulligan) years after a traumatic incident involving her best friend that derailed her studies to become a doctor. Now, about to turn 30, she spends her nights targeting men at bars who like to prey on women too intoxicated to stand. This, from what promotional material would suggest, is the film’s main story: a woman out for revenge and her takedowns of men who label themselves as good guys different from their alpha male counterparts. Fennell’s screenplay is much more interested in the self-ostracizing that spirals after such scarring events, the dissociation from self and the singleminded focus on achieving not so much a victory over the perpetrators but of finding some level of solace in the idea that people care about the loss you’ve experienced.

It’s shot with vibrancy and cotton candy colors despite a dour plot. Cassie’s nails are painted in an array of pastels, and she dons wigs and different flashy getups each time she goes after a “conquest.” She works at a coffee shop that looks like the staff should breeze around in roller skates, and the film manages to give the glitter trash pop song “Stars Are Blind” by socialite Paris Hilton a new lease on life. The tonal dissonance is struck early, creating a world that with all its initial technicolor and offbeat dialogue is absurdist, anchored by very real tragedy. We’re reminded constantly that Cassie is in the situation she’s in because systems put in place to help women, from med school faculty and friends to law enforcement, let her friend down horrendously after she was violently assaulted.

Mulligan is superb as always, delivering an expressive performance in which each lift of her lip can imply multitudes. What separates her performance from the script’s attempts at humor is her weariness, along with a ferocity that marks her as a formidable enemy to make. She and Bo Burnham, who plays her love interest with more depth than he’s typically allowed, share a considerable amount of chemistry. Everyone else is a bit player, arriving momentarily to illuminate how everything in the past was handled poorly as Cassie goes through a list of those who ought to atone for failing her friend. One of the few sour aspects of Fennell’s script is that of all the people who get to repent, apologize and simply acknowledge the hand they played in messing things up so royally, the only character Cassie offers a sign of forgiveness is a man.

By the time the turbulent third act arrives, upending expectations in a blazing fury to the string version of Britney Spears “Toxic” – striking perfectly a chord in building our mounting unrest – we’re entrenched fully in Cassie’s need for revenge. Fennell’s script and direction, along with the work of cinematographer Benjamin Kračun, place us in a claustrophobic fever dream. Until now, we’ve understood only one outcome was possible, but Fennell flips the script with a deafening, damaging blow that plummets us fully back into reality. This is where the film diverts so abruptly from expectations that there’s no difficulty in understanding why some viewers might be triggered. Fennell is clever in her writing, and the film’s biggest message and its lack of genuine triumphs are crystal clear, if achingly depressing in addressing that for all the women who get their win, there are plenty of other victims who had to suffer to get us to this point. “Promising Young Woman” plays us, just as as Cassie plays the men at bars, because despite all that stands in her way and the trauma, the relationships tethered and lives lost, we believed that the happy ending was inevitable. The film leaves us on such unsteady ground by removing elements of fantasy and leaving us in the very real world.