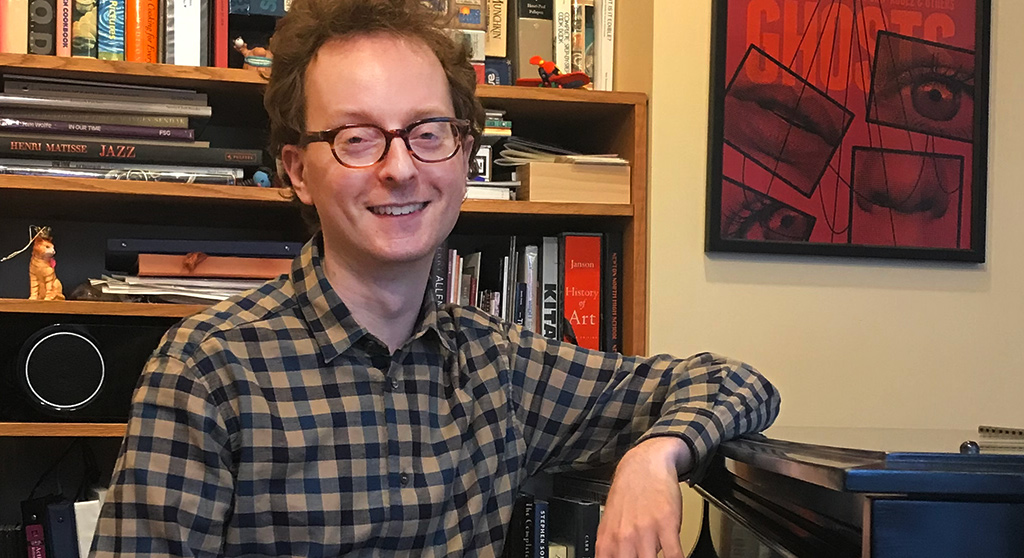 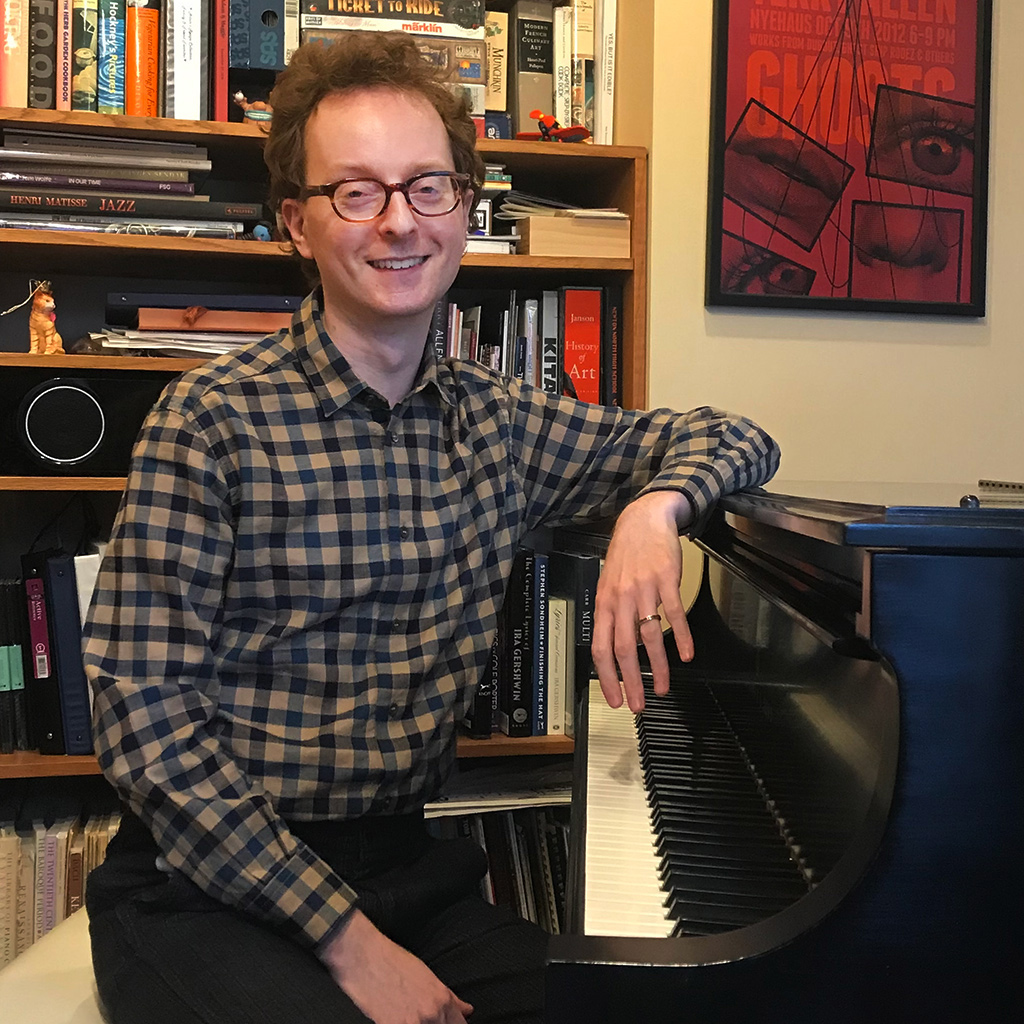 Adam Baratz at the piano in his Cambridge home. (Photo: Adam Baratz)

After a year characterized by physical and emotional distance, Cambridge singer-songwriter Adam Baratz’s new collection of show tunes offers a well-timed respite. “Private Lives” takes listeners on a journey through the lives of distant strangers while making something traditionally overblown and niche – cabaret songs – modern, accessible and utterly lighthearted.

Baratz reinvents his cabaret numbers as odes to the unspoken hells we experience because of our passions, love and the fragility and unpredictability of daily life. Over 10 tracks, he peppers us with a jaunty barrage of glimpses into the lives of imaginary friends who look a lot like us, also suffering from painful, sleepless nights, feelings of inadequacy, false hope and heartbreak.

“Private Lives,” Baratz says, presents “stories that no one tells because they can’t, they shouldn’t or they simply don’t think to.” Here, in this “unstaged musical variety show,” each track speaks to our internal double lives, the secrets and flaws we try to conceal. Characters are ushered in and their stories are breathed alive by Baratz, creating “the atmosphere of a basement club where people wear too much makeup and share too many secrets.” Vulnerability oozes out of this album, where so many failings and disappointments are put on display. By using vignettes of characters as his vehicle, Baratz unites us in a celebration of our collective downfalls and joys, particularly resonant during this time of isolation.

Released Dec. 4, “Private Lives” is Baratz’s first project since 2014’s “Songline,” a single released for the “Castle Garden” musical. It’s a piano-forward, unabashed album, alive with full-bodied vocals against slow tempos, giving listeners something to ponder over a drink. The transparency, as Baratz prompts us with questions to consider about the highs and lows of our own lives, offers the closest thing resembling companionship most of us have felt in months.

The title track wastes no time in establishing that this will be part concept album, part confessional. On “Private Lives,” Baratz confesses, “Did I tell you ’bout the time I couldn’t take my job?/There were walls all around/I tried my best to hide/Took Tylenol for the pain/I ran my liver to the ground,” highlighting his character’s struggle with substance abuse and a sense of personal failure.

Standout tracks include “So Far,” which opens with pianos so whimsical you’d swear you were at a live performance of a musical, and “Someone I Knew,” Baratz’s tale of a character pining for a cruel lover who has long since moved on. “What’s it matter to you?/I’ve got hands and a heart/Tell me what should I do,” he laments.

“Unreliable Summer Patrick,” in the vein of spoken-word-poet-meets-vocalist artists such as Hobo Johnson, sees Baratz speak-singing his way through the track. Positioned in the middle of the album, it serves as the intermission in a brash, musical showcase.

“Old Clothes,” which closes out the album, sees Baratz reflecting on the misguided, defiant independence of youth. Shifting from a determination to adhere to strict self-sufficiency, Baratz’s character realizes that “it’s time to put these old clothes away,” give in to love and admit his need for others.

It’s a poignant note to end on for an album that dropped at the end of 2020, a year that tested all our limits, proving how even the staunchest lone wolves need touch, reassurance and a shoulder to cry on. Without these things, we feel less human, and perhaps less fully ourselves.

All in all, “Private Lives” is a heartfelt romp through a midnight speakeasy, where characters whisper slowly and lounge singers croon the words we are so desperate to hear: You are not alone.

“Private Lives” is free to stream from Bandcamp at adambaratz.bandcamp.com/album/private-lives.