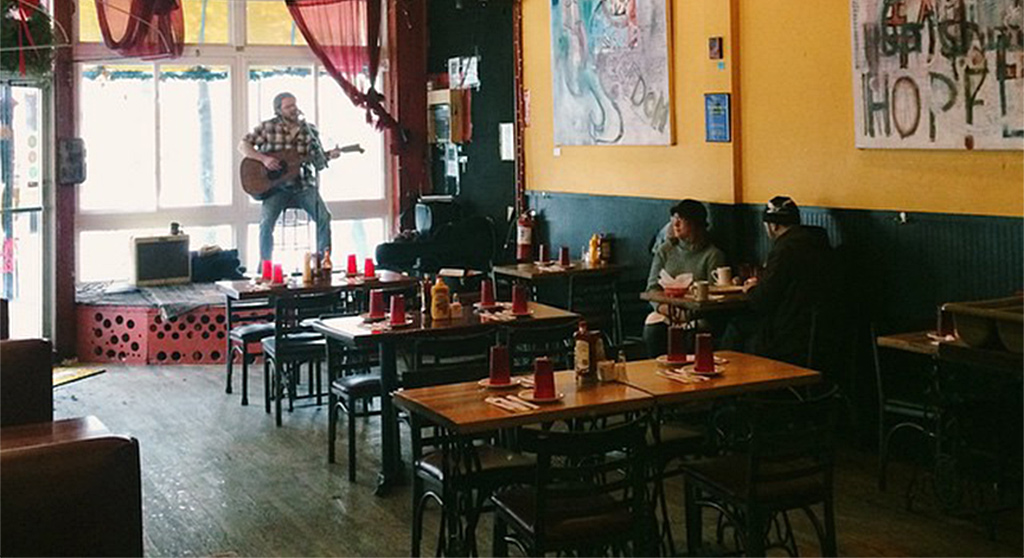 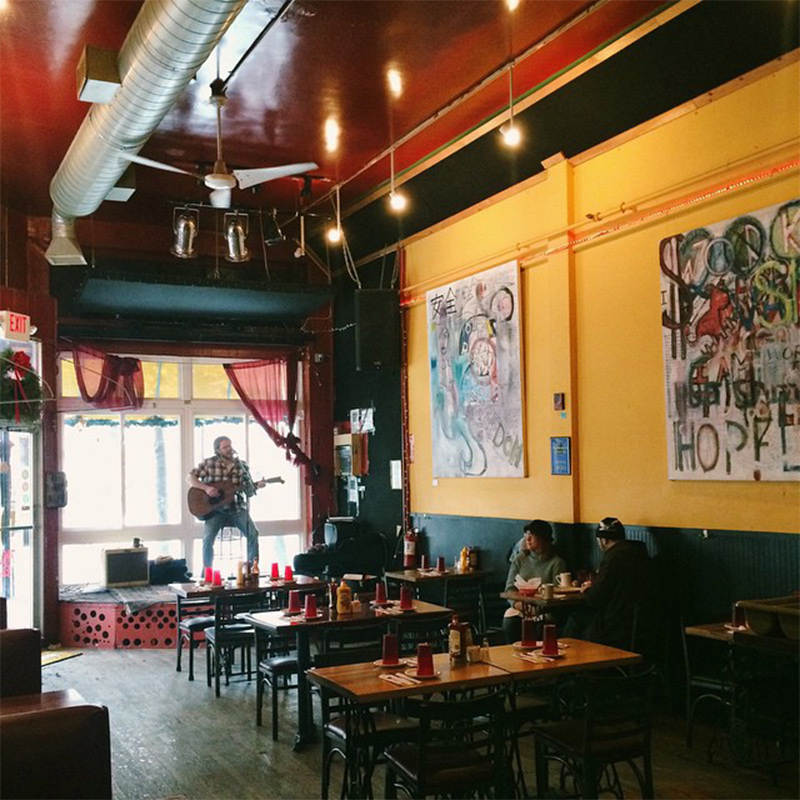 A performer at The Middle East Cafe in January 2015. The License Commission worries about noise complaints and space problems with acoustic performances in places not licensed for entertainment. (Photo: Dawn Danby via Flickr)

A proposal to make it easier for businesses to host acoustic music was shut down last week by the License Commission.

The idea of allowing acoustic performances at restaurants, hotels and retailers without entertainment licenses was brought up by the City Council nearly four years before the commission’s decision Feb. 10, with the goal of promoting a vibrant arts and music scene and supporting local commerce. When the council didn’t hear back from city staff about the January 2017 order, it tried again in February 2019.

Even then it was “a time when small, local businesses are struggling to attract new customers” and of an arts crisis, councillors said, and “less onerous permitting also benefits local musicians by encouraging more businesses to offer performing opportunities, which increases the number of venues where musicians can find work and share their talent with live audiences.” In addition, a one-year test of the idea by Boston – limited to five or fewer performers, using one or zero microphones, between 10 a.m. and 10 p.m. and subject to police fines – had by 2019 been found successful and turned into a law, then vice mayor Jan Devereux said.

Councillors finally got their report Nov. 16 from the city Law Department, saying that to allow acoustic music, the city would have to appeal to the state Legislature for a home rule petition. The Law Department forwarded the matter to the License Commission, Murati Ferrer said.

Even though the acoustic music program worked for Boston, it wouldn’t in Cambridge because “we have a dense city where commercial and residential are often mixed, with a population that asks for silence – a lot of our residents ask for quiet,” she said. “And especially now in Covid times it’s even worse” because people are staying home to use their homes as offices.

“I see this creating many more complaints,” she said. There were also space limitations: “Even without Covid you still need a dedicated space for these musicians to ensure that they or their instruments are not blocking the ingress or egress of restaurants. You have a lot of small places in Cambridge.”

Oddly, license commissioner and acting fire chief Gerard E. Mahoney said he agreed with the noise concerns, saying he “can’t remember the last time we had a commission hearing that we weren’t dealing with a noise ordinance violation.” But it’s complaints about the noise of leaf blowers that appear almost constantly on commission agendas. Not about music.

The other commissioner, police commissioner Branville G. Bard Jr., wondered how to handle conflicts between dueling bands at neighboring businesses.

Ultimately, commissioners decided it was easy enough for businesses to come in and ask for entertainment permits either on an annual or daily basis. “It is not a difficult process,” Murati Ferrer said. “It is a process that allows the public to express whether there are issues before we approve.”

There was no vote taken on whether to seek a home rule petition – just to have Murati Ferrer tell the Law Department that the commission opposed making it easier for businesses to host acoustic music.