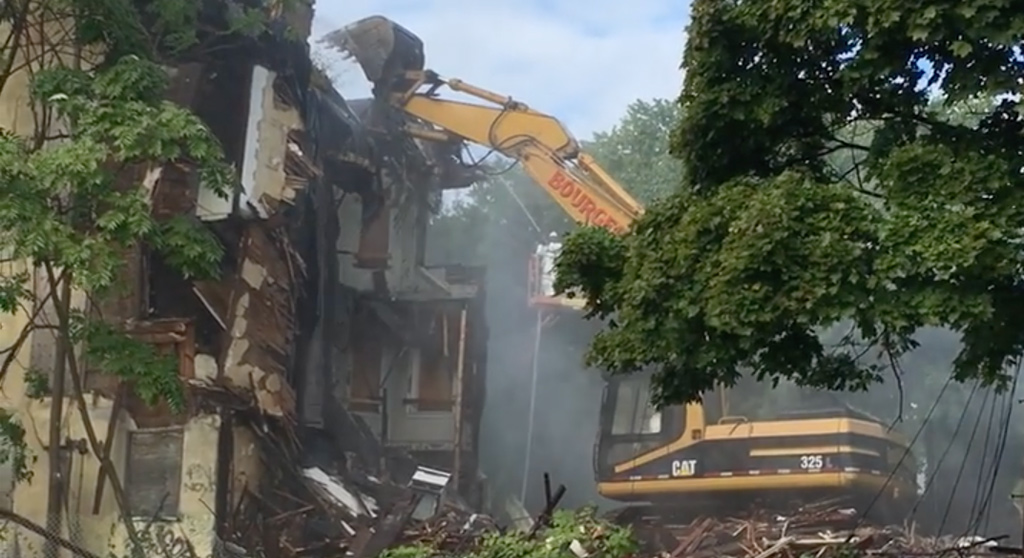 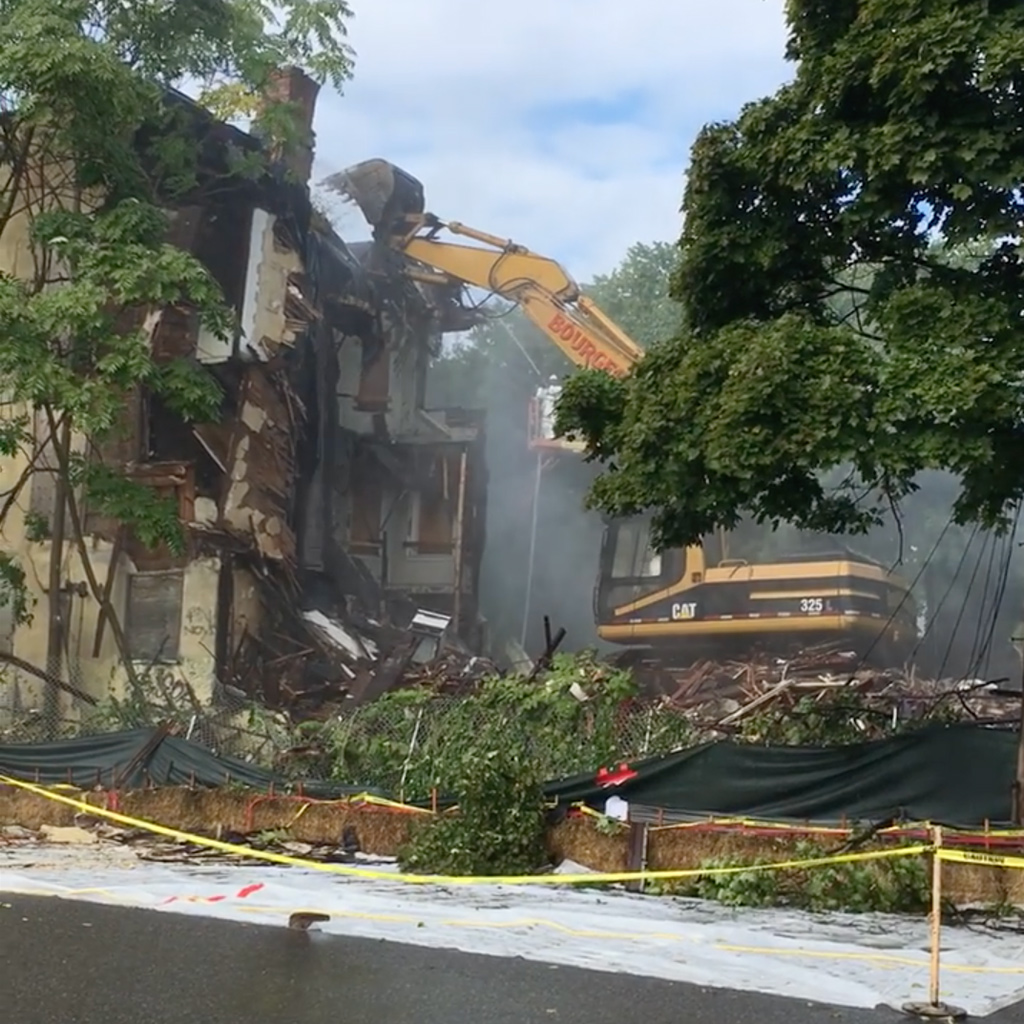 Vail Court is torn down in October 2018. (Image: Minka vanBeuzekom)

The city has to pay $3.7 million for the Vail Court property near Central Square even as it is sued to give back the land, a court decided Wednesday.

Eminent domain takings “may impose sudden and heavy financial burdens on property owners,” reasoned Scott L. Kafker, an associate justice on the state Supreme Judicial Court. “Such individuals must necessarily contend with a period of delay in which they have neither their property nor just compensation for the taking.”

The 0.65-acre property at 139 Bishop Allen Drive was taken in September 2016 by eminent domain. The “quick take” of property, in legal terminology, came after a decade of inaction on the vacant property while Abuzahra family members squabbled over ownership and development rights; the city planned to build affordable, senior or transitional housing to replace the blighted 24 apartments there.

At first the $3.7 million was left with the city treasurer, since it was unclear who among the Abuzahra family members would be due the money. While working through that litigation, Said Abuzahra also sued the city in August 2017 to oppose the land taking.

And after finally being named owner in October 2018 – the same month the Vail Court buildings were demolished by the city – he soon filed to get the money.

He couldn’t both accept the “pro tanto” payment for the land and demand the land back, argued John S. Leonard, a Boston eminent domain attorney working as outside counsel for the city’s Law Department. What would happen if he won back the land but couldn’t pay back the money? Abuzahra would “have the benefit of spending the pro tanto award while the city is deprived of any productive use of the property,” Leonard said.

A lower court judge agreed in May 2019 that it was “somewhat incongruous” for Abuzahra to pursue both tracks, but Abuzahra appealed and had the ruling overturned. When Cambridge tried for a reconsideration, it was rejected; the city appealed and wound up before the state’s Supreme Judicial Court.

Still, Abuzahra’s attempt to get double appellate attorney’s fees and costs as well as compounded interest on the money he was owed for Vail Court didn’t fly. That’s for when a court determines an appeal is frivolous, and Cambridge’s appeal was not, Kafker said,“because it involved a novel question of law that this court previously did not have occasion to address.”

Setting a precedent may not be important for Abuzahra, the justice said, but “we must consider not just this particular property owner, who does not live on the property and appears to have the means to pursue this litigation without the benefit of the pro tanto amount.”

“We must also consider the person of limited means who was living in his or her family home before it was taken, and who is determined to remain and contest the taking,” Kafker said. “Without the pro tanto amount, such a person may be forced to give up the family home, as without this payment, the person would have neither a place to live nor, perhaps, money to litigate.”

His Wednesday order sent the case back down to the Superior Court.