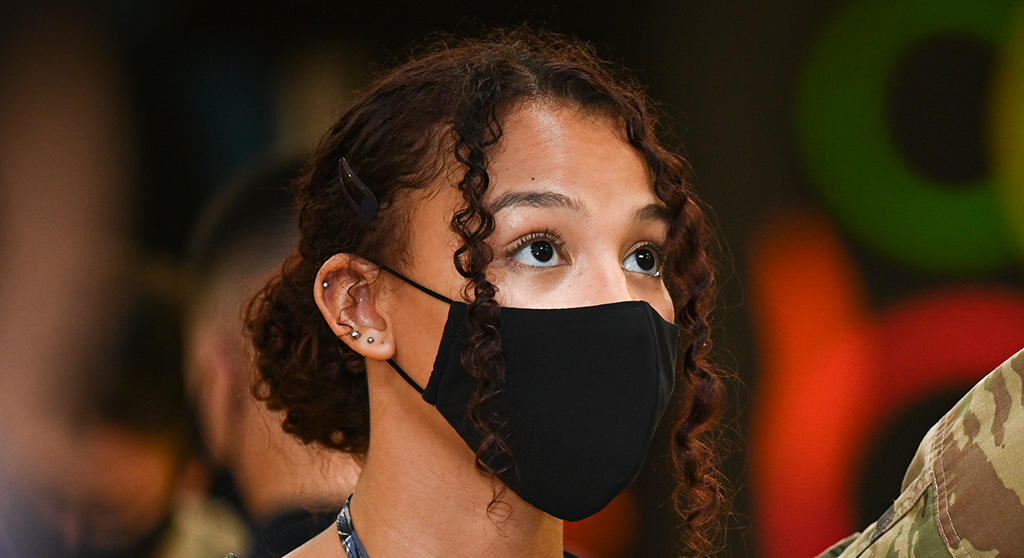 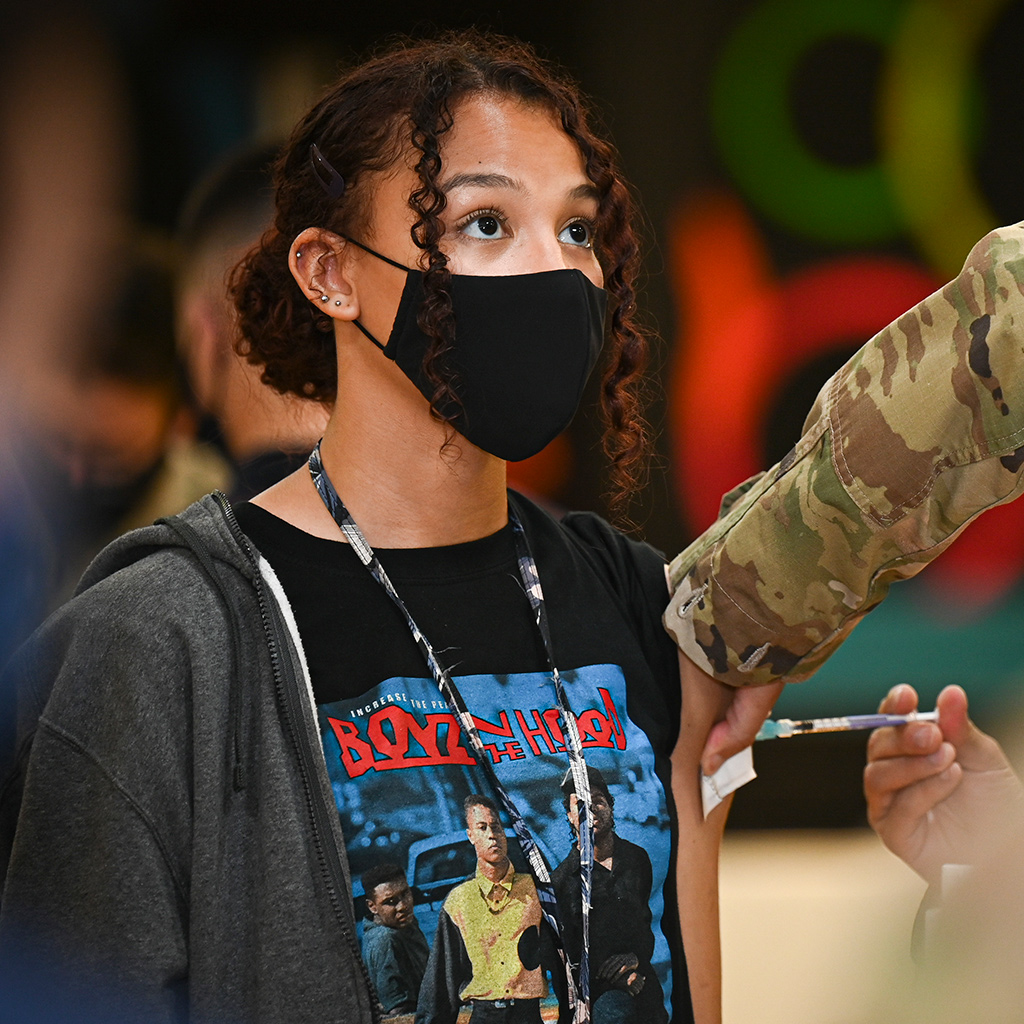 Teens are being vaccinated against Covid-19 around the world, but numbers are low for 16- to 19-year-olds in Cambridge. (Photo: SrA Madeline Herzog)

Covid-19 case rates have sunk to the low single digits and 70 percent of Cambridge residents have received at least one shot of vaccine. The city is in sync with the state in ending mask and distancing mandates and allowing businesses to reopen with no restrictions. Not for the first time, City Manager Louis A. DePasquale told a city councillor raising questions Monday about the city’s direction: “The time has come to move on.”

Not all agreed, and even chief public health officer Claude Jacob flagged a concern: vaccination rates among 16- to 19-year-olds. While younger kids of 12 to 15 are getting their shots at “a fairly rapid clip,” older teens are “trailing all other age categories in the percentage who receive at least one dose,” Jacob told councillors. The Cambridge Public Health Department is “doing some additional outreach to get those numbers up,” he said.

As of Thursday, 43 percent of teens in the older age group had received at least one shot, compared with 60 percent of younger adolescents. Meanwhile, total new infections remain vanishingly small, although there was a tiny upward blip this month. Jacob told councillor Quinton Zondervan it had been expected because of the Memorial Day holiday.

The federal government approved the Pfizer-BioNTech vaccine for people 12 to 18 on May 10, and many vaccine clinics in Massachusetts – including those operated by the Cambridge Health Alliance – opened immediately to younger people. The city sponsored a vaccination clinic at Cambridge Rindge and Latin School on May 26 at which about 164 youths got their first dose; the second clinic will be held June 16 and will also offer shots to parents and guardians. Jacob said vaccine clinics for middle-school students would be held in July and August, in conjunction with city summer programs for youths.

Vaccination efforts continue to produce diminishing results. Two clinics held in Harvard Square and at a meals site for homeless people on Friday resulted in only 10 people getting a shot, Jacob said. Lisa Dobberteen, medical director of the health department, said: “We have spent a great deal of time vaccinating a very tiny number of people. I think it is worth it. These are some of the hardest-to-reach citizens and people we need to be vaccinated.”

With government masking mandates eliminated except for health care sites and transportation, Zondervan noted that “we still have a large chunk of the population that is not fully protected and may never be. I would like to understand how we are thinking about that and how we make sure that we protect all of our residents and not just the ones who are willing and able to get vaccinated.” Dobberteen said the agency had consistently advised that unvaccinated adults and children wear masks.