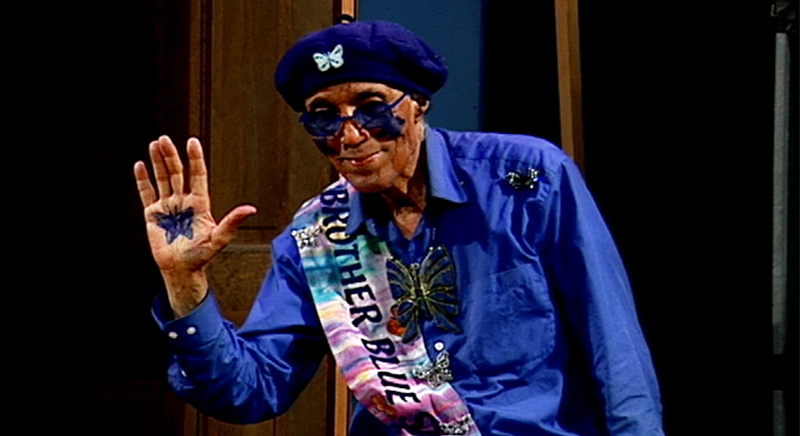 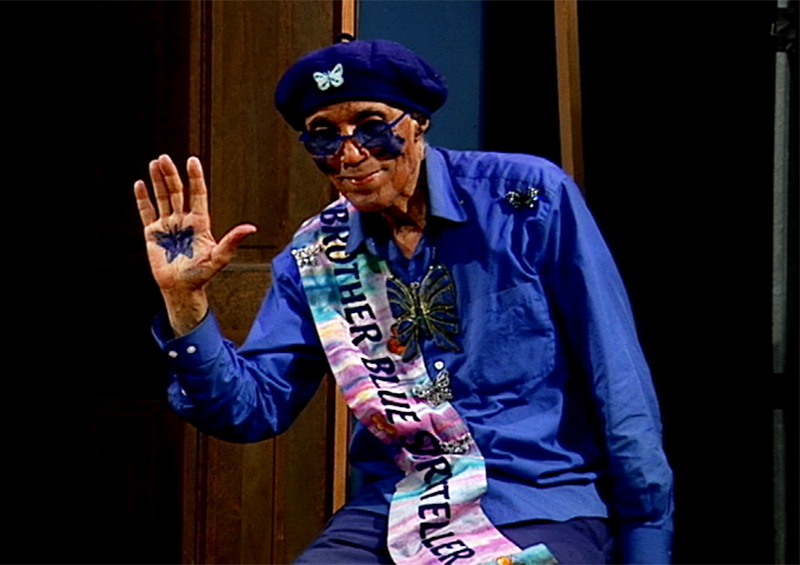 As president of the Cambridge Black History Project, I am honored to lead a team of committed Cantabrigians whose roots run deep within this city. Our collective goal is to illuminate the contributions of our illustrious Black citizens whose stories are unknown or have not been fully told. Here is one such story.

There was a moment in Cambridge history when a one-of-a-kind personality brightened our streets, parks and squares with his loving presence. He was, for that time at the end of the last millennium, a troubadour, a bard whose lyrical musings came wrapped with musical sounds. His simple message was one of love – love of nature, love of life and love of one another. His name was Brother Blue, and he was the official storyteller of Cambridge.

Years before inaugural national youth poet laureate Poet Amanda Gorman (a graduate of Harvard University) brought her spoken word magic to our fair city, and before the musical poetry of rap and “Hamilton” captured our hearts and souls, Brother Blue brought such magic to Cambridge.

He performed what he called “soul theater” with Ruth Edmonds Hill – his wife and “queen,” and an oral historian at Radcliffe Institute for Advanced Studies – always by his side, the picture of grace and dignity.

To see and hear a soul theater performance was an amazing experience. Brother Blue would dress in blue from his beret to his shoes. He tied blue ribbons around his elbows, knees, arms and any other place he thought needed blueness. Sometimes he carried blue balloons, and he was always adorned with images of butterflies, most of them blue too. His stories were songlike and sometimes accompanied on musical instruments he brought with him. His expressive gestures, melodic voice and animated presentation left young and old wide-eyed.

His real name was Hugh Morgan Hill, and he was born in Cleveland in 1921. He served as a first lieutenant in the segregated U.S. Army in World War II. After discharge he earned a degree from Harvard, a master’s from the Yale School of Drama and a doctorate in divinity from the Union Institute & University in Cincinnati. He played Merlin in the 1981 Hollywood movie “Knightriders.” He was an author and the subject of a number of short films, aired mostly on Cambridge Cable Television.

A clip of Brother Blue performing in “Knightriders”:

On a rainy day back in the early 1980s, I found myself on the No. 1 bus with Brother Blue and Ruth. I talked about his playing Merlin and remarked that his stories were magical.

Our conversation turned briefly to race relations. In that moment of seriousness, I felt that bond with Hugh and Ruth that comes from knowing that our Black skin has played such an important role in our growth and development as human beings.

When he found out I had attended Wilberforce University, a historically Black college in Ohio, he was very complimentary and gracious. He lamented that, up until the late ’60s, Black people were largely discriminated against in our efforts to obtain higher learning, and that our Black colleges produced students of the highest caliber.

When I told him that I was soundly rejected from Harvard, he looked at me with a twinkle in his eyes and said, “Not I,” and we shared one more belly laugh before the three of us parted ways in Central Square.

Many places throughout the world have poet laureates and storytellers to extol their principles and share their dreams in the musical rhythms and rhymes of the spoken word. But how many can boast of having one who was a wizard?

James Spencer is president of The Cambridge Black History Project.