Physical therapist leaps fence to help a sea gull, but not all inspiring tales get happy epilogues 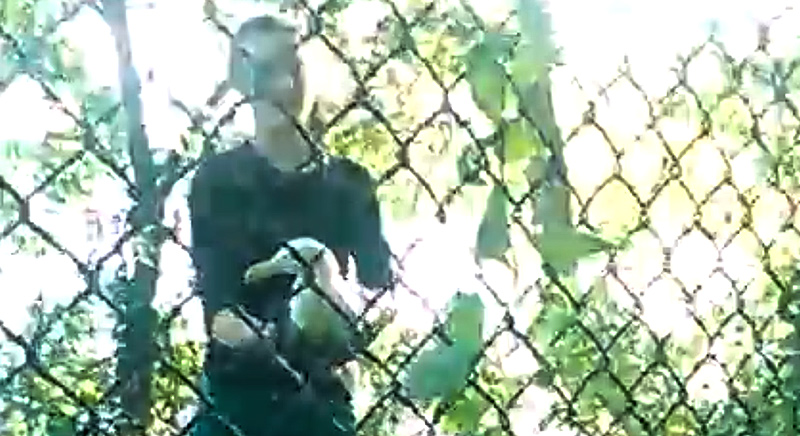 Physical therapist leaps fence to help a sea gull, but not all inspiring tales get happy epilogues

Too often when phones start filming it’s to capture conflict or horror, but on Friday, theoretical physicist Dan Howitt was on hand to capture something inspiring: the Fresh Pond rescue of an ailing sea gull by a passerby.

Howitt, who comes from Harvard daily to exercise at the 155-acre Fresh Pond, was walking its main trail Friday. He spotted a small group of people clustered around an area of the chain-link fence that keeps visitors from getting too near the Fresh Pond Reservoir, which is part of Cambridge’s drinking water supply system. All but one person left as Howitt came near and saw the attraction: a large white bird, flailing and thrashing among the bushes inside the fenced area.

“It couldn’t get up and walk around or fly,” Howitt said. Though the other people “didn’t really seem to care,” the remaining person, Sancta Maria Nursing Facility physical therapist assistant Jessica Redon, stayed as Howitt got in touch with Fresh Pond rangers and learned Cambridge Animal Control officer Michael Grossi was coming.

The timing complicated things. It was around 5:15 p.m. on the Friday of a holiday weekend, and Grossi couldn’t unlock the door providing access into the fenced area. “Usually we have a key to that fence,” Grossi said, but in this case it had been left behind in a disabled van and “we were just trying to get to [the bird] as quickly as possible.”

“It looked like it was in a bad way,” Grossi said of the sea gull; reaching through from the public side to clear away brush and vines proved the problem wasn’t just that the sea gull was entangled.

That’s when Redon “really snapped into action,” Howitt said. “I was amazed. She scaled the fence with this incredible efficiency.” The bird at first tried to bite at Redon, and the animal control officer gave her his gloves. But the biting stopped and Redon intuitively gathered the sea gull’s wings and slid it easily into a provided cage – then climbed easily back over the fence despite the sharp prongs at the top. (She has a gymnastics background and said she had more recently been rock climbing.)

“We’ve got an assistant animal control officer here,” Grossi said of Redon, before putting the caged bird into a van for a trip to a rehabilitation facility.

It was taken to a local veterinarian under contract with the city. In a poignant turn, Grossi learned Tuesday that the vet decided that the sea gull had to be humanely euthanized.

“There was a bunch of health issues,” Grossi said. But he had praise for Redon’s help in a situation where it’s usually just animal control officers in tricky situations. She was “very helpful,” he said.

Redon said Tuesday from Sancta Maria, a neighbor to Fresh Pond, that she was glad the sea gull didn’t have to suffer longer and to be able to help despite the outcome.