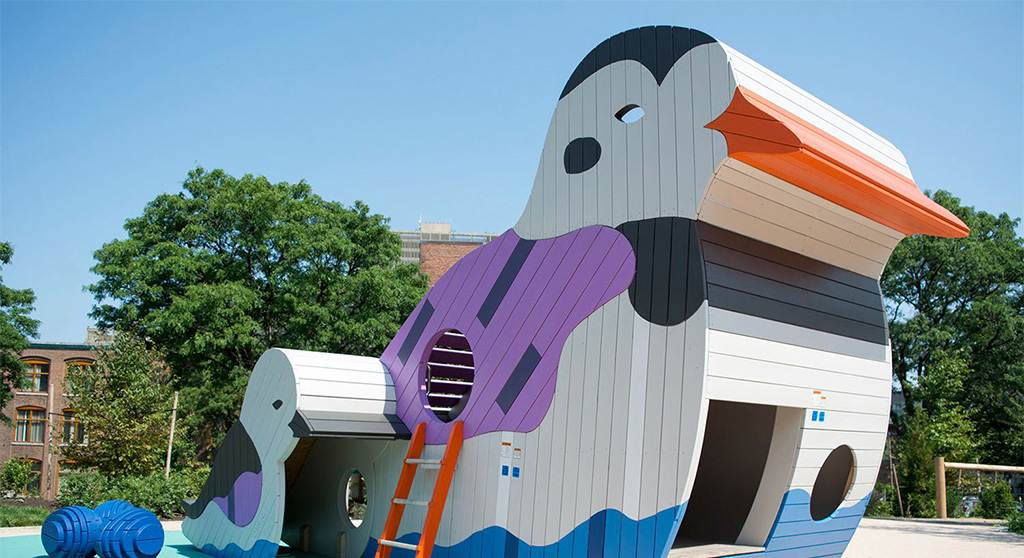 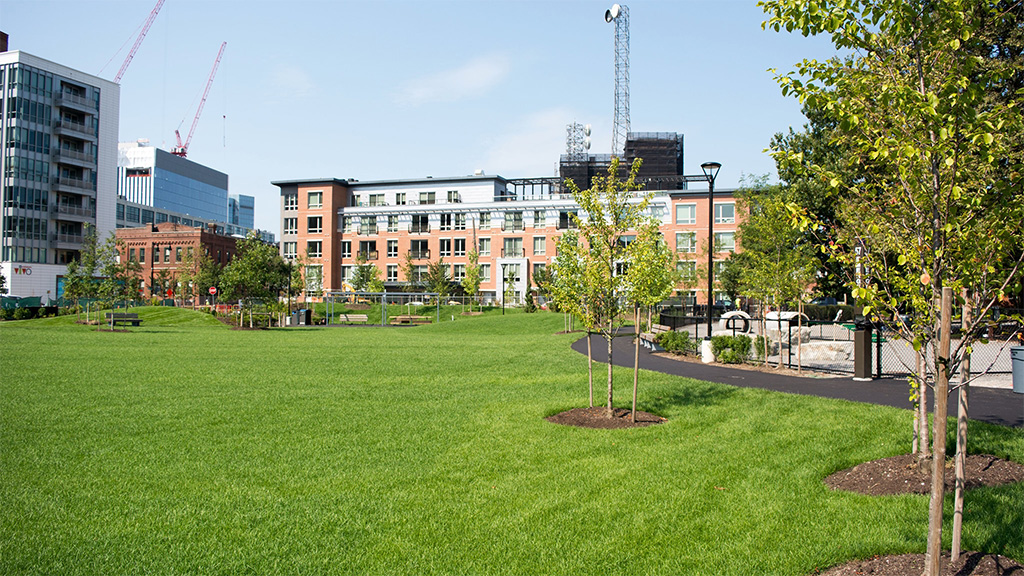 Timothy J. Toomey Jr. Park is open as of Monday, according to city staff. (Photo: City of Cambridge via Facebook)

Though a dedication ceremony isn’t until Oct. 2, city staff said the 2-acre Timothy J. Toomey Jr. Park is open as of Monday on Rogers Street between Second and Third streets in East Cambridge.

The park features more than 150 new trees and a central open-air green with a flat area for field sports and a sloped lawn that will serve as a sledding hill during the winter. There’s also a dog run, three picnic areas, a play area with basket swings, slides, a wooden climbing structure and a playhouse modeled after a piping plover. The design was led by landscape architect Michael Van Valkenburgh Associates. 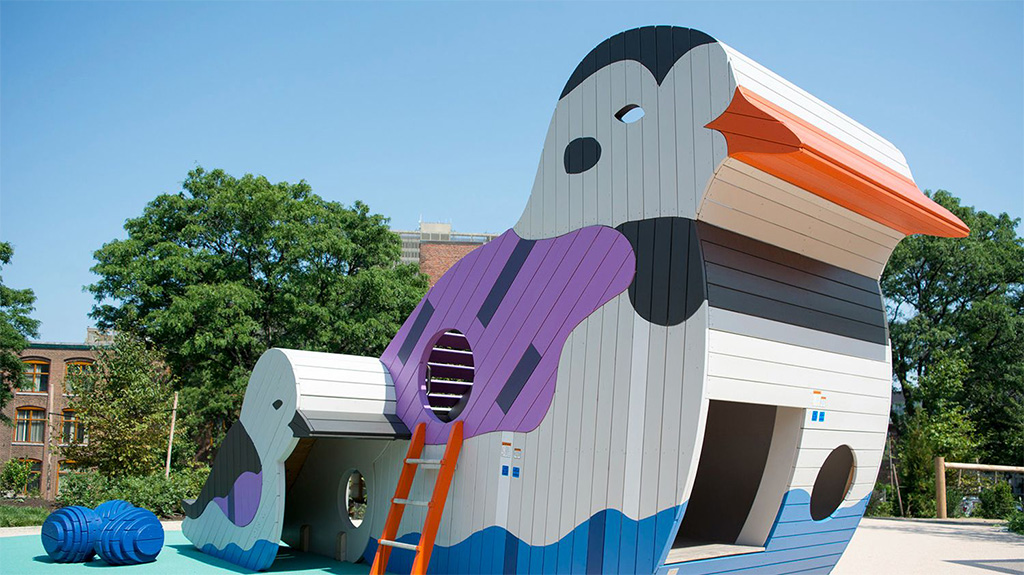 The park includes a playhouse modeled after a piping plover by the firm Monstrum. (Photo: City of Cambridge via Facebook)

City staff noted less-visible infrastructure features as well, such as a system that can capture more than 76,000 gallons of water during storms – including from surrounding streets – and a charging and storage area for electric park maintenance equipment that is packed into a park hill. Public works commissioner Owen O’Riordan said it helped to have “the necessary infrastructure to support green initiatives built into the project from the beginning.”

“It’s not often that we are able to build a new park from the ground up,” said assistant city manager for community development Iram Farooq in a Monday email. “The team and community embraced the opportunity to make Toomey Park a space that both supports our work on resilience and sustainability and emphasizes creating spaces for neighbors to play together and connect.” The city is working to open another two parks in the neighborhood.

The Rogers Street park is named for city councillor Tim Toomey, a lifelong resident of the neighborhood who has served for more than 35 years as a member of the School Committee and council and for many terms as a state representative.

“I’m very humbled and honored for the recognition,” Toomey said.

Publicly accessible restrooms are at the 75 Binney St. building across Rogers Street from the park. Metered parking is available on Second Street or Rogers Street. The park is open from dawn to dusk.