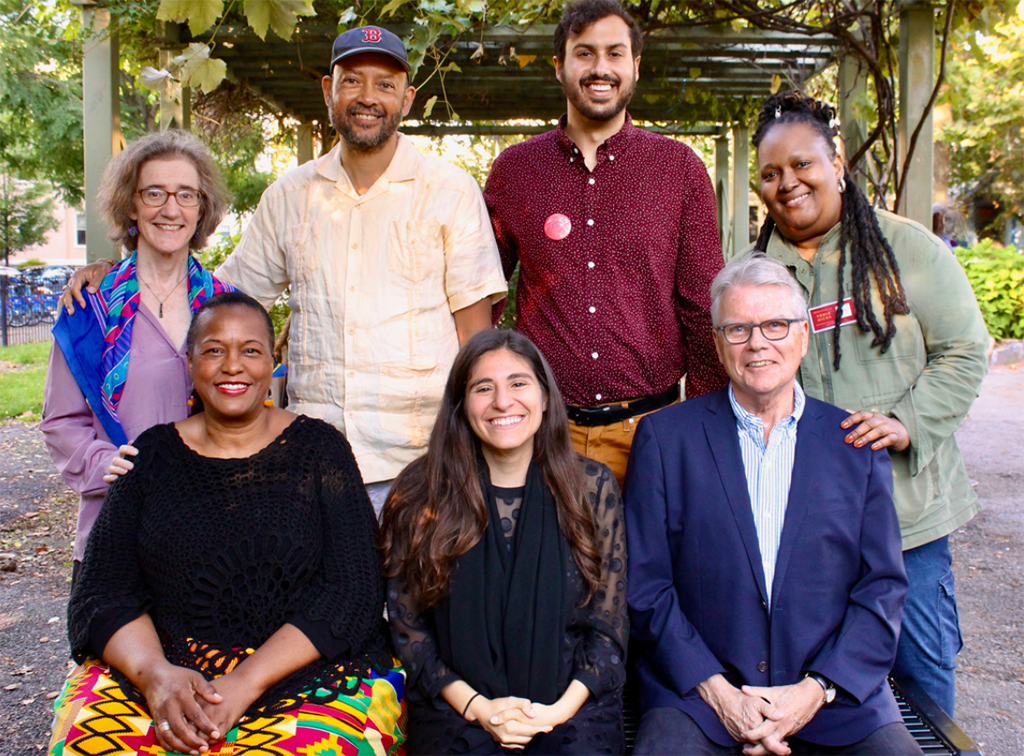 At a time of deepening racial and economic inequality, a rapidly changing climate and severe housing unaffordability, the Cambridge Residents Alliance endorses seven candidates for the 2021 City Council election. They are Dennis Carlone, Tonia Hicks, Patty Nolan, Theodora Skeadas, Jivan Sobrinho-Wheeler, Nicola Williams, and Quinton Zondervan. Vote for all seven in your preferred order to increase the chance of electing a progressive majority.

These seven candidates are committed to a Cambridge that prioritizes affordable housing and homeownership for low- and moderate-income people and the unhoused instead of new luxury housing or commercial construction. They want to increase social housing outside the market and strengthen tenant protections. These candidates will uphold human rights through community-led public safety programs and increase accountability through charter reform. They will be bold environmental stewards for climate-friendly buildings, open spaces and trees, and sustainable, equitable traffic and transit programs. They do not accept campaign donations from large developer and corporate interests seeking benefits from the City Council and public boards. They care deeply about the economic and racial diversity that is the core strength of Cambridge in the past and into the future. They support the CResA platform. More information on each candidate follows below.

Vote yes on ballot questions 1, 2 and 3 to make our city charter more democratic:

The Cambridge Residents Alliance endorsees, in alphabetical order, are:

Dennis Carlone (incumbent) was first endorsed by the Residents Alliance and elected in 2013 and again in 2015, 2017 and 2019. An architect and urban designer, Dennis uses his political and professional skills to promote planning for people and prevent exploitive development. He aims to select a progressive city manager who will demand pro-active planning from city staff and will support charter reform and alternative public safety measures. Dennis calls for a budget that reflects the council’s goals, including much more funding for affordable housing, new open space and missing public amenities, redesigning neighborhood streets to slow traffic and strengthening existing neighborhood retail centers. He has helped 15 neighborhood groups revise zoning, review proposed developments and gain more open space.

Tonia Hicks is a new candidate for council who brings her lived experiences and activist background to putting community voices first. A resident of Cambridgeport and elected board member of the Cambridgeport Neighborhood Association, she highlights the needs and voices of “We the Everyday People.” She wants to bring accountability to the council and create a city government that is responsive to the needs of the poor and disenfranchised and people with disabilities. She is focused on the issues of inequality and inequity, especially housing stability, food security, youth and young adult investment, the needs of vulnerable elderly populations and environmental justice.

Patty Nolan (incumbent) was endorsed by the Residents Alliance in 2019 and is a second term council candidate after serving for 14 years on the Cambridge School Committee. She brings to the council long-term commitments to good governance and accountability, a history of climate activism and deep commitment to collaboration and positive change. She has demonstrated leadership for environmental justice and progressive public safety by sponsoring the Heart alternative public safety initiative. She is prioritizing democratic charter reform and a new city manager who supports visionary thinking, municipal broadband, use of city land for green infrastructure, setting smart goals and accelerating our climate work.

Theodora Skeadas is a first-time candidate and the director of Cambridge Local First and recent board chair of the Cambridge YWCA. She is committed to addressing disparities in funding for local and independent businesses as a vehicle for upward economic mobility for working people, especially for immigrant, minority, queer and women business owners. She supports cooperatives and employee-owned companies. She will advocate to expand tenant protections and to end homelessness by making Cambridge a “housing-first city.” She is committed to racial and criminal justice by implementing the Heart proposal. Other priorities are a Green New Deal for Cambridge, a fare-free transit system and bicycle safety.

Jivan Sobrinho-Wheeler (incumbent) is running for his second term and was endorsed by the Residents Alliance in 2019. He grew up in subsidized housing and is a renter. He is a Democratic Socialist and activist for tenant protections and policies that stabilize rents in the city. Specific priorities include increasing Cambridge’s linkage fee on commercial development to fund affordable housing and creating a community land trust to ensure more permanently affordable housing and homeownership opportunities that take housing off the for-profit speculative market. He wants to see the Heart proposal implemented to create a public safety response that is rooted in the community outside the traditional policing and carceral system.

Nicola Williams, who was endorsed by the Residents Alliance in 2019, is a small-business owner, environmentalist and community activist with more than 30 years of leadership, community organizing and job-creating experience. Nicola is running a people-centered campaign that prioritizes the needs of the people before the needs of developers. She wants to prioritize our youth and their academic success and ensure all residents, regardless of economic status, have access to clean and green spaces and the opportunity to own a home they can afford. Her commitment to equity in our educational and economic systems, empowering communities and environmentalism aim to deliver policies that create a Cambridge for all.

Quinton Zondervan (incumbent) was endorsed by the Residents Alliance in 2017 and 2019 and is seeking a third term. An immigrant, Quinton was a tech entrepreneur and served as president of Green Cambridge. As an activist in office, he is fighting to tackle our climate crisis and housing crises through investing in affordable housing, winning a stronger Tree Protection Ordinance and proposing a Cambridge Green New Deal that reduces carbon emissions and creates green jobs. Quinton is leading the fight to reinvest police funds in services to affected communities and working to undo racist housing policies that have denied Black and Brown families the opportunity to build generational wealth. He will focus on hiring a new city manager and charter reform to further this agenda.

Democracy for Cambridge is the political action committee of the Cambridge Residents Alliance.