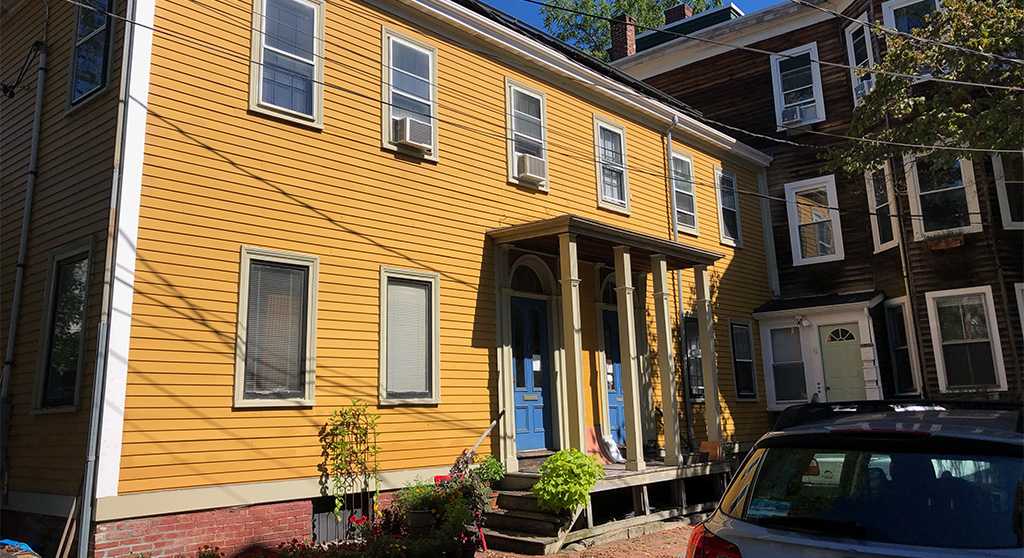 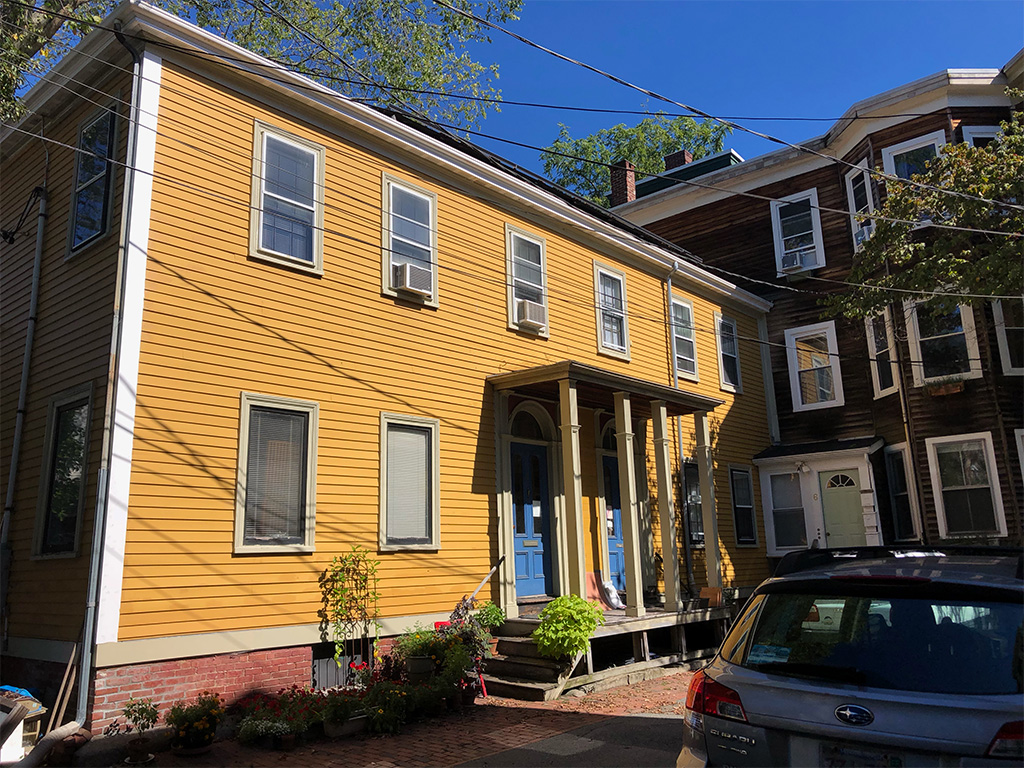 Opposition House in Mid-Cambridge was built to block the construction of Harvard Street. (Photo: History Cambridge)

Tucked away on a short spur off Hancock Street in Mid-Cambridge stands a home known – if not well known – for most of its 214 years as Opposition House. The name suggests a headquarters for political activity or resistance, but it was the house itself that expressed the opposition: It was built to block the construction of Harvard Street.

In 1807, Harvard Street, heading from the West Boston Bridge toward Harvard College, had reached the eastern edge of Judge Francis Dana’s 50-acre estate, between today’s Lee and Hancock streets. Dana wanted it to stop there. At the time, Dana had just retired after 15 years as chief justice of the Massachusetts Supreme Judicial Court. He complained bitterly of the “selfish schemes” of “speculators” who had bought up the land surrounding that of him and his brother. So he came up with a scheme of his own.

In a Feb. 1, 1807, letter to his brother in England, Dana wrote: “I have entered into a contract with persons immediately to build a large house on the east line of my own land so as to stop up a street which this speculating gentry have laid out up to my land and mean to force through your land if possible.”

Dana sold a lot to 21 investors who agreed to build not just any house, but an extraordinarily wide house, to prevent the westward extension of Harvard Street. The investing merchants and traders objected to the road because it was going to be a faster route from the bridge to Harvard Square and would bypass their businesses in Lafayette Square, near the intersection of Main Street and today’s Massachusetts Avenue. Since Dana himself was also developing property in that area, he shared these concerns.

Opposition House, reputedly built “overnight,” is the oldest house in Mid-Cambridge. It originally had long, single-story wings on each side for a total width of 90 to 100 feet, but was only 20 feet deep. In the early 1860s the wings were cut off and the house – which actually has a brick wall down the middle, dividing it into “two tenements”— was rotated 90 degrees and lifted onto a foundation. Today it’s at 2-4 Hancock Place. 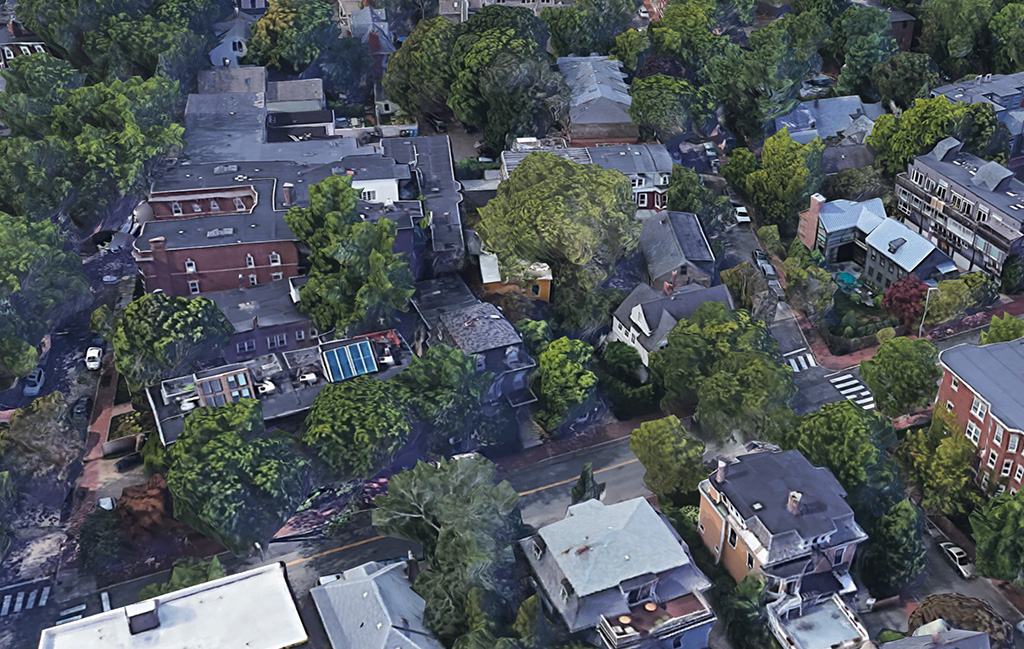 The yellow of Opposition House peeks out from Hancock Place, now smaller and running parallel to the Harvard Street it was built to block. (Image: Google)

The story of Opposition House might have been forgotten if it hadn’t been for a young girl named Sophia Shuttleworth, who lived in the house with her family from 1815 to 1821. Decades later, she included the story in her book, “Two Hundred Years Ago; or, a brief history of Cambridgeport and East Cambridge,” published in 1859.

Opposition House, she wrote, was “set up during the night by a party of gentlemen … to prevent a road being made from the causeway to the Colleges.” It’s uncertain what, if anything, was achieved by the construction. As Sophia Shuttleworth Simpson (by then married) wrote: “The proprietors of the road were not to be thwarted in their purpose … for they branched off to the right and made the road now called Harvard Street.”

The rerouted road passed 60 feet farther north and was completed in 1808.