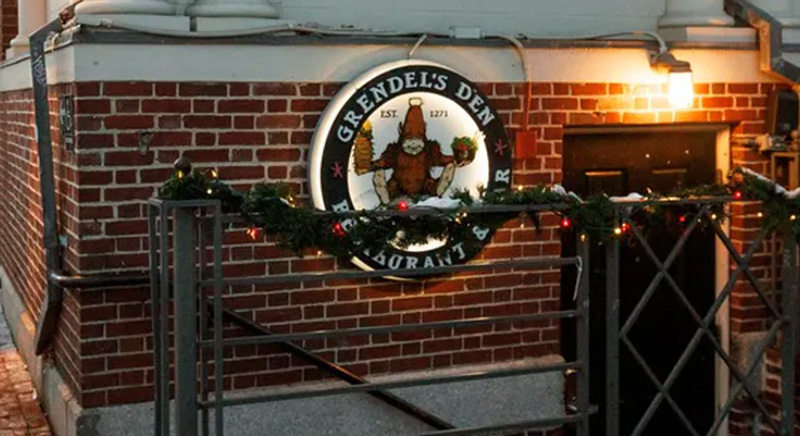 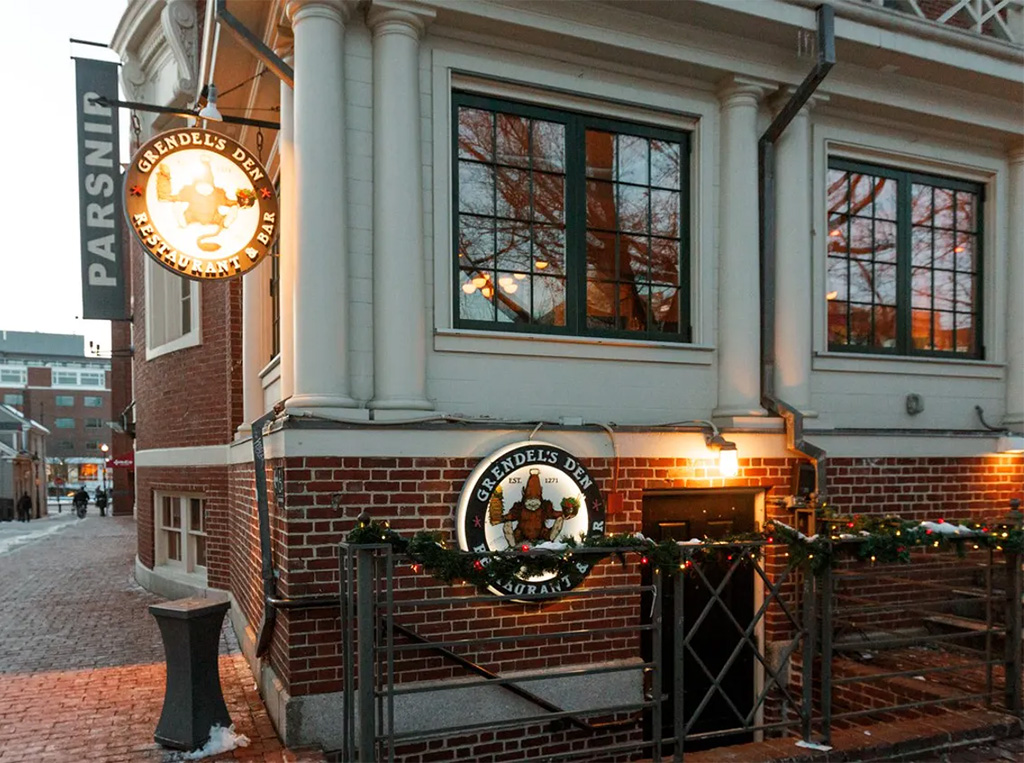 Grendel’s Den is one of the most iconically Cantabrigian bars there is. Founded in 1971 by Herb and Sue Kuelzer, it’s now on its second generation of family ownership in the hands of their daughter, Kari. And at 50 years old, the bar is not only going strong, but has come to embody the essence of Harvard Square and how it “used to be cool.”

The idea that Harvard Square was cooler in the past has been around for a century or more. Each generation looks wistfully back on the moment that they arrived in Harvard Square as the apex of its glory. Whether you were a beatnik poet or card-carrying Communist in the 1950s, a civil rights and antiwar activist in the 1960s, a full-on pot-smoking free-loving hippie in the ’70s, a punk rocker in the ’80s, a coffeeshop addict in the ’90s, a book-reading fan of street performance in the early 2000s or a tourist visiting Harvard in the 2010s, there’s always been a sense that you somehow just missed the coolest era by a few years.

For her restaurant’s 50th anniversary, Kari decided to tell the story of Grendel’s over its five decades and, by proxy, the story of Harvard Square. With classic stores closing right and left, it seems more important than ever to tell the story of how this restaurant has survived despite opposition to its liquor license by a local church (the ensuing court case made it to the Supreme Court of the United States and was argued by Larry Tribe), the renovation of the entire block in 1999 (Grendel’s closed for more than a year, but bounced back), and the creeping purchases of Harvard Square real estate by billionaires who seem content to leave storefronts empty until businesses give in to the demand of exorbitant rent.

“A People’s History of Food and Drink: Five by Ten in the Den” is a podcast about both change and consistency. About how a restaurant has maintained the feeling of Harvard Square from the 1970s while also embodying the ensuing decades. When I asked Kari how she would survive the pandemic, my favorite response of hers was “Double down on your brand.” By delivering groceries that allowed folks to assemble their favorite dishes from Grendel’s during the pandemic, by hosting evening Zoom events over drinks, by slapping the Grendel’s logo on glasses, dresses, tote bags and by opening up a little vintage clothing shop for a stir-crazy community, Kari not only survived the pandemic but reminded our fair city what has made the bar quintessential to the square for so long. 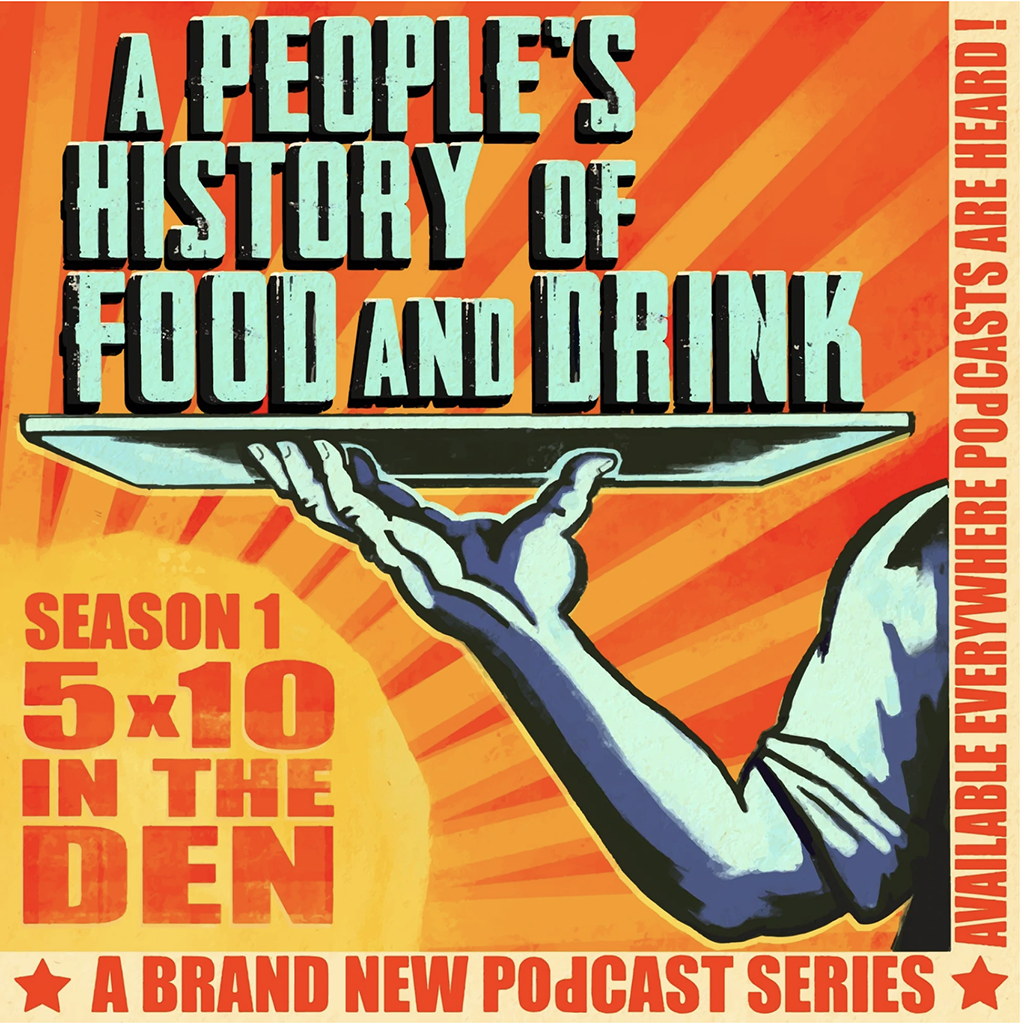 The sense of community at Grendel’s is there from the first time you walk in. I first got a drink from that bar in 2001, with a fake ID (don’t tell Kari) and have been a loyal customer ever since. I fell in love with Harvard Square for the puppeteers, and that Beatles cover band who would play weekend nights, and for the Free Tibet protests every Sunday, and for Harvard Square Business Association’s triumphant Oktoberfest celebrations.

Yes, it’s true that the bookstores are gone, and Tower Records has closed, and the cool coffeeshops where you could hang out and write bad, angsty, college-level poetry are long gone, replaced by $7 cups of slow-drip nitro and table-service-only joints. But that was my Harvard Square. Talking to folks who were there in the ’70s when Grendel’s began, it’s wildly clear that for them Harvard Square was so much better and my version was already watered-down and gentrified. And, hilariously, talking to folks on the streets of the square now, it’s clear they all thought Harvard was best when they first arrived – often just a few years ago.

Now that all three of our Starbucks coffee shops are closed, it’s clear that even the ’90s are being squeezed out of the Square. And I defy you to name any place in the country that is still full of indie record shops and bookstores in the age of Amazon. Not necessarily a bad thing. Just different. But incredibly, Grendel’s remains a flagship destination in Cambridge. Here we are in 2021 and it’s still a place you can go to open up your laptop (as there are probably no more yellow legal pads and quill pens, as in my glory days), order a drink and sit for hours, unbothered by a staff eager to turn their tables over. If you make it to 4 o’clock, food becomes half-price for Happy Hour as an ingenious workaround of the inability to discount liquor in Massachusetts.

That kind of creative entrepreneurship, begun by Herbie and Sue and carried on by Kari, has allowed Grendel’s to roll with every punch and keep sprinting along as others fall by the wayside. The podcast we’re putting together is meant to bring people back to the nostalgia of each decade – reminding folks of what people were eating and drinking while following the life of one of the square’s oldest bars, as well as the family who has kept it going through outside-the-box marketing, constant engagement with the community around them and outright generosity of spirit. It would surely be more lucrative to oust the writers and students camping out in the oddly-shaped corners of the basement bar.

If you aren’t yet familiar with this vibe, I recommend two things: firstly, listen to our podcast (available on Apple podcasts, Audible, Stitcher or grendelsden.com). Secondly, invite a friend to join you in the toasty underbelly of 89 Winthrop St. I’ll probably be at the bar, sitting at the corner with a laptop. Or maybe a yellow legal pad. First drink’s on me.

Daniel Berger-Jones is company leader and president of Cambridge Historical Tours, a storyteller and host of the podcast “A People’s History of Food & Drink: 5×10 in The Den.”