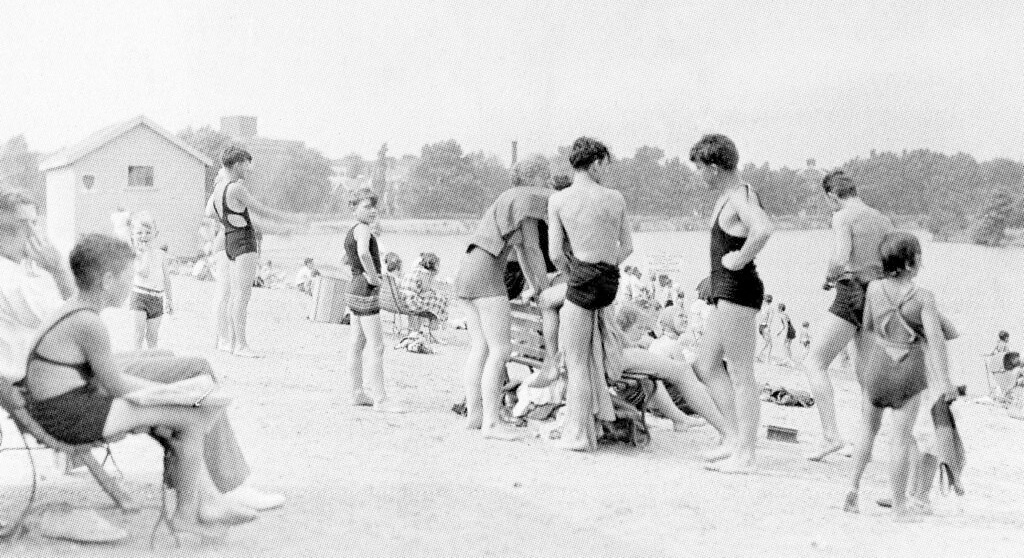 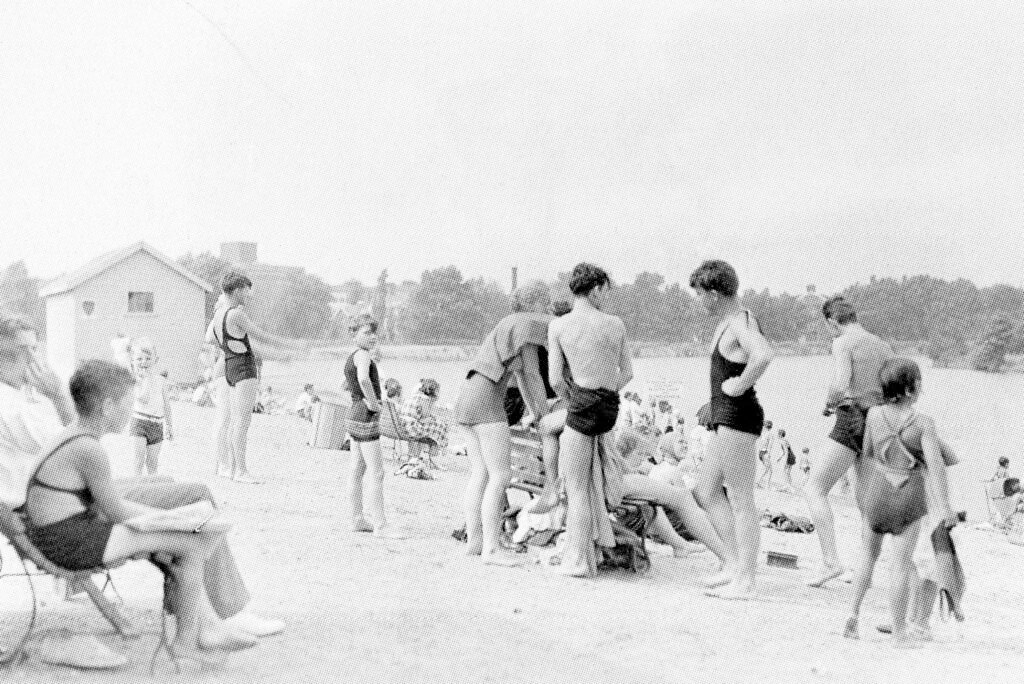 Only the oldest Cantabrigians will remember when Memorial Drive ended at Hawthorn Street, and the riverfront that stretched from there to Gerry’s Landing was a parkland where children played and climbed trees and adults enjoyed the views and breezes. Created at the turn of the 20th century as part of a large-scale riverbank improvement project, this park was one of the city’s most attractive and accessible landscapes. After World War II, though, urban planners sounded the drums of a new imperative: highways to move commuters in and out of the city. The riverfront parkland at the end of Memorial Drive became a prime target of the road builders. The Metropolitan District Commission, which owned the parkland, responded to the experts and sought permission to extend the parkway. Despite an outcry from hundreds of neighbors, the four-lane Memorial Drive was built in 1950. Severed from the river, the remaining open land was drained of life, reduced to a roadscape for people in passing cars.

Not only was Memorial Drive extended against great opposition; the highway violated the spirit of the gift that had led to the park’s creation. The park’s 2-acre core – the parcel between Longfellow Park and the river – had been a private gift born of Henry Wadsworth Longfellow’s love for the river views from his historic Brattle Street home. From the mid-1840s, fortunate circumstances and a sense of civic obligation allowed the poet to acquire parcels to conserve that landscape as development filled in the city’s other open spaces. In 1870, Longfellow made one last purchase – the riverfront parcel between Mount Auburn Street and the river. His children, who inherited these valuable acres, might have chosen to sell or develop them. Instead, in honor of their father, they donated them to the Longfellow Memorial Association as “breathing space on the river [that would] one day be a great boon to Cambridge when it becomes crowded.” 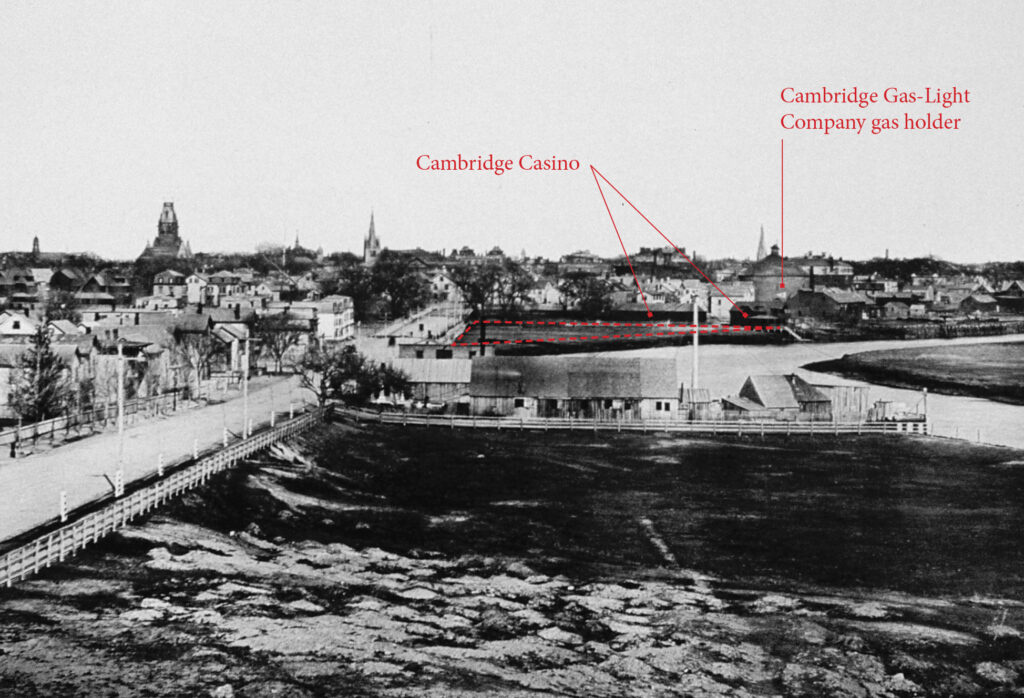 Mount Auburn Street, looking east, circa 1887. The dashed area shows Longfellow’s triangular parcel. At its eastern edge is the bowling alley and boathouse of the Cambridge Casino with the gas holder of the Cambridge Gas-Light Co. behind. (Photo: From “American Architecture,” issued in connection with The American Architect and Building News, Boston, Ticknor & Co., 1887)

In 1895, the Memorial Association transferred the land to Cambridge for inclusion in the city’s great Charles River embankment improvement project. At the time, the landscape architect Charles Eliot described the Longfellow land as one of the most pleasing landscapes in Cambridge, and the city subsequently made a considerable investment to transform Longfellow’s marshes into parkland. In the early 1900s, the landscape was further animated when a group of neighbors organized to raise funds for a playground and a children’s garden. Their advocacy led the city to establish a swimming beach with an attended bathhouse. The newly formed Cambridge Boat Club at the foot of Hawthorn Street further enlivened the park’s use. For the next four decades, the Longfellow parklands and the connecting Gerry’s Landing were among the city’s premier open spaces.

The extension of Memorial Drive severed the public’s access to this prime stretch of river, and memories of the once vibrant park faded. Faded, that is, until the 1970s, when Isabella Halsted, a Cantabrigian who grew up when the park was full of life, advocated closing a 1.5-mile stretch of the drive to traffic on Sundays for the enjoyment of pedestrians and cyclists. (Halsted also gave the area a name – Riverbend Park – and created the People for the Riverbend Park Trust to enhance its plantings and their maintenance.) Thus, since 1975, the spring-through-fall road-closing on Sundays has restored the connection with the river, at least day a week, and over the past year, on Saturdays as well. 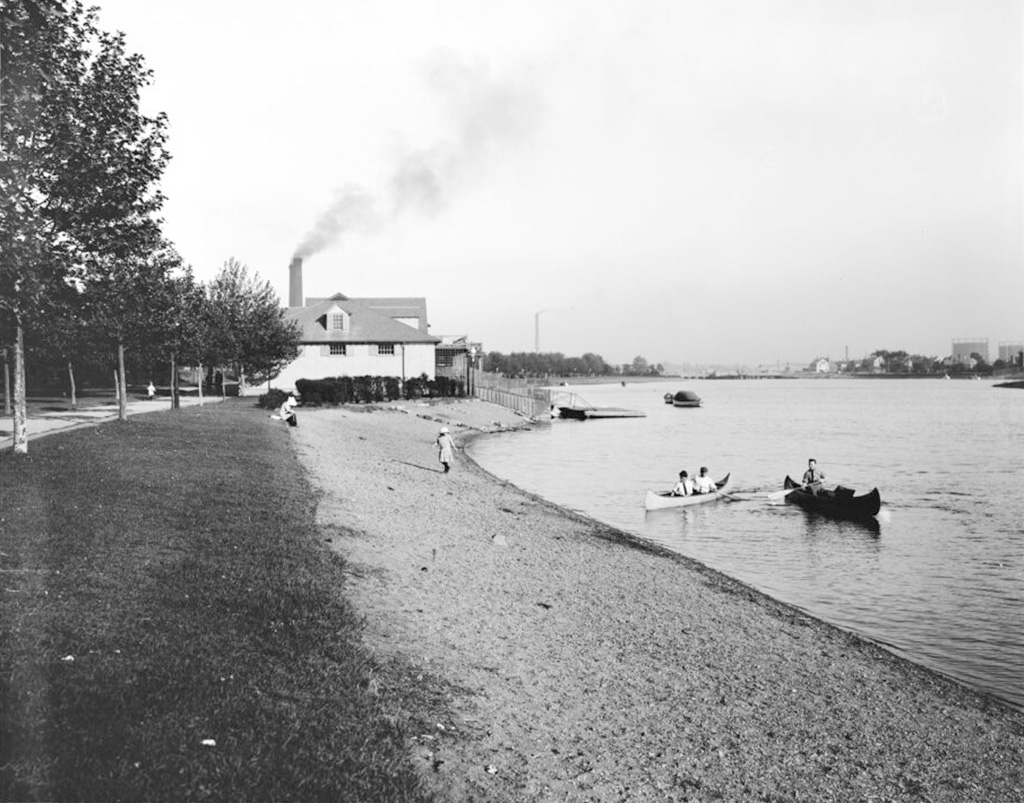 Longfellow parkland, looking toward the Cambridge Boat Club, circa 1910–1920 (likely June or July 1917, according to a notation on the negative). In 1947, the CBC’s clubhouse was moved from its original Hawthorn Street site to Gerry’s Landing. (Photo: Library of Congress, Detroit Publishing Co. Collection)

The Massachusetts Department of Conservation and Recreation is now engaged in a Memorial Drive Greenway Improvement project. Although work began before Covid-19, the pandemic shutdowns led people to spend more time outdoors close to home. Appreciation for parks in our densely populated and “under-parked” city has thus grown, and the potential of Cambridge’s riverfront parkland, particularly the Longfellow land, has become more obvious.

As a student of the Longfellow parkland’s history, I hope the DCR’s engineers and planners will study the possibility of removing the 1950 Memorial Drive “extension.” Its traffic volume is low, even at peak hours, and there are six lanes of highway on the other side of the river. (Do both sides of the river need to be lined with highways?) Nearby intersections could be reengineered. And one simple change – opening Mount Auburn Hospital’s entrance on Gerry’s Landing Road for access to its emergency department – would reduce traffic on Mount Auburn Street.

The removal of a road that should never have been built would bring the pleasure of planning new amenities for the parkland. A canoe and kayak launch, swimming, tennis, gardens, a skate trail? The options are many.

For more, see “A Lost Park: Longfellow’s Parklands” on the History Cambridge website.