Upcoming History Cafe will pose the question: Washington slept here, but who made his bed? 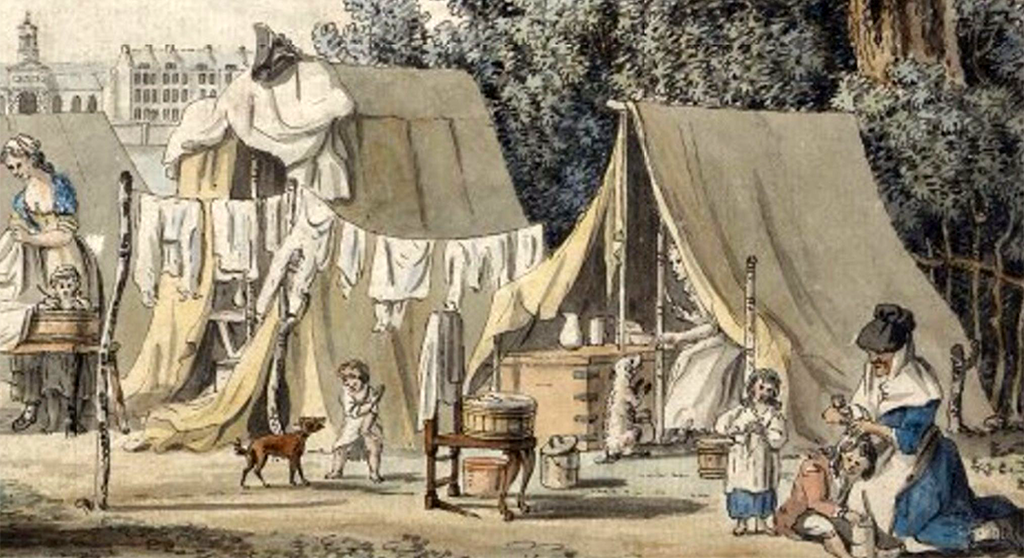 Upcoming History Cafe will pose the question: Washington slept here, but who made his bed?

A talk on women, Black Cantabrigians and the work of revolution
By Beth Folsom 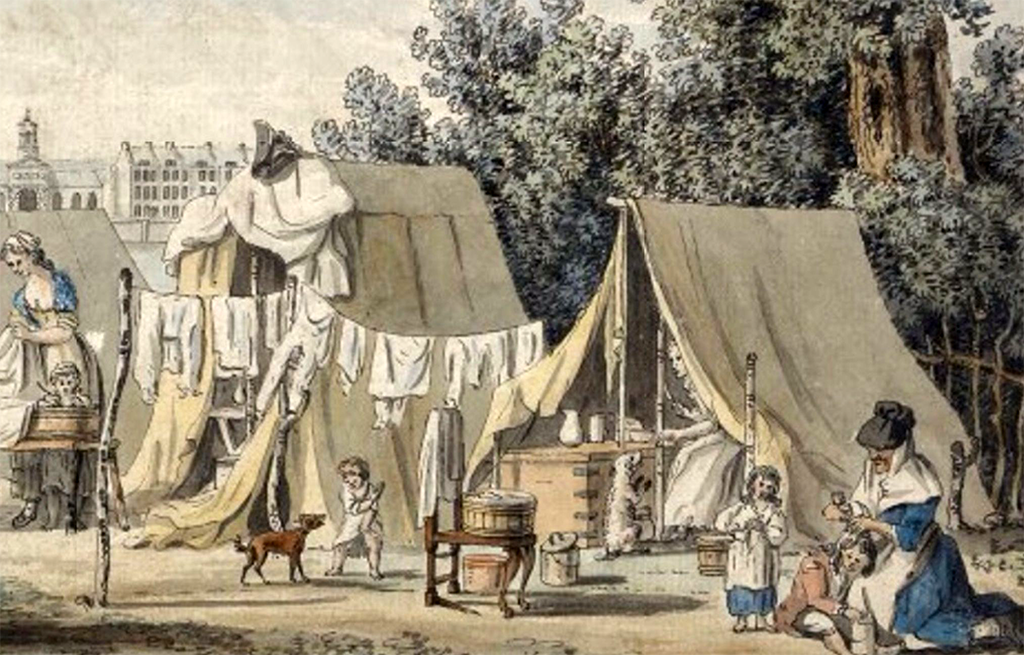 Darby Vassall was around 6 years old when he met George Washington. The general had arrived recently in Cambridge to take command of the Continental Army, and on that July day in 1775, he found Darby swinging on the gate of his home – the Brattle Street mansion previously owned by his enslaver, John Vassall, who had abandoned it (and his enslaved workers) the previous year when they and other Loyalists fled Cambridge for Boston and the perceived safety of the British soldiers stationed there. In a story Darby would often relate later in his life, Washington ordered Darby to deliver a message for him, to which he replied, “Well, I’m free now – what are you going to pay me?” Washington did not appreciate Darby’s assertion of his free status, and Darby would later comment that “George Washington was no gentleman, to expect a boy to work for no wages.”

But Black Cantabrigians of all ages – men, women, boys and girls, free and enslaved – did work for no wages, or for paltry ones, to support Washington and the efforts of Revolution. So, too, did many white women – many of them wives, mothers and daughters of soldiers. Although Washington and his contemporaries in military and political leadership are widely recognized and lauded for their accomplishments, it was the vast legions of ordinary people, women and Blacks chief among them, who fueled the engine of Revolution in Cambridge and beyond. Working as maids, valets, stablehands, cooks, nurses, messengers and soldiers, these ordinary Cantabrigians provided the crucial labor that kept the army and the diplomatic corps running and allowed the Revolutionary leadership to focus on “big picture” concerns. History Cambridge will explore the vital contributions of women and Black residents in an upcoming History Cafe program on “The Work of Revolution.” We will be joined by John Hannigan, curator at the Massachusetts State Archives, and Robert Bellinger, professor emeritus at Suffolk University, both of whom have done extensive work on the contributions of enslaved and free Blacks to the Revolutionary effort. Look for details.

When Washington arrived in Cambridge in the summer of 1775 and took up residence at the John Vassall estate, the Provincial Congress hurried to procure a staff to ensure the comfort of the general and his esteemed guests. Among these employees were four white women (Lydia and Mary Austin, Mrs. Morrison and Elizabeth Chapman) who worked as housemaids and cooks, three white women (Elizabeth Hunt, Mary Kettel and Margaret Thomas) who were laundresses/seamstresses, a Black woman (Dinah) who worked as a cook, a Black stable worker (Peter) and an enslaved Black man (William Lee) who worked as Washington’s body servant.

In addition to these people whose names we know, many free women (white and Black) worked as cooks and laundresses for the Continental Army in Cambridge and as the soldiers traveled around the countryside. Many were relatives of the soldiers, but their work was less a labor of love than a necessity; when their husbands, fathers and brothers left to join the fight, women often followed them to the army camps to avoid the economic and personal dangers of being left alone at home. Laundresses, in particular, served an important role in combating the spread of disease in the army camps by boiling the soldiers’ clothing to kill fleas and other parasites and germs. Women also served as nurses during the war in camps and at the provincial hospital in Cambridge. Although many of these women workers did get at least some compensation in money or goods, their salaries were often paltry and their participation in the war effort was driven largely by the need for a reliable source of food, shelter and protection in an otherwise chaotic time.

Black Cantabrigians, too, joined the ranks of Revolutionary workers by necessity (and often without choice). Many were enslaved, and those who were free often enjoyed that status in name only, relying on their former enslavers or other whites for employment to meet the most basic of their economic needs – at wages far below those paid to white workers for the same labor. Black women, enslaved and free, did many of the same jobs as white women, serving as cooks, maids and washerwomen. Black men labored as valets, stewards, stablehands and tradesmen, often receiving only modest room and board instead of wages for their work (if they were legally free and were compensated at all). In light of the limited opportunities available to them, some Black men chose to serve in the Continental Army. Before Washington’s arrival in Cambridge, Black soldiers were already serving in regiments alongside their white counterparts, either as free men or as enslaved replacements for their white masters. To the slaveholder Washington, this was a radical and unwelcome idea, and in July 1775 the Continental Congress took measures to bar Black men from enlisting and to remove Black soldiers who were already serving. These efforts did not last, however, and as the war continued on and numbers (made up of any color) were needed to sustain the army, the Congress lifted restrictions of Black enlistment.

Enslaved and free Black men also used their military service as a means of political expression, choosing to ally themselves with the British in the Revolutionary struggle. By serving as soldiers in the British army (and, for women, working as cooks and laundresses in the British camps), Black men cast their lot with the “enemies of their enemies” in the hope that a British victory would bring freedom and better treatment for themselves, their families and all Black colonists. Although this was much more prevalent in the Southern colonies, the presence of Black Loyalists in Cambridge and throughout New England illustrates that the North was not immune to the effects of enslavement and racial inequality.

Although Washington and his contemporaries in military and political leadership get the lion’s share of the attention and credit for the success of the Revolution, it was the labor of vast numbers of Black men and Black and white women that made American independence possible. We hope you will join us as we explore their stories and broaden the scope of the Revolutionary narrative in Cambridge and beyond. Our History Cafe (originally planned for Thursday, but now TBA) will be free, but registration is required, and can be done on our website. This program is funded in part by Mass Humanities, which is supported by the Massachusetts Cultural Council and is an affiliate of the National Endowment for the Humanities. Funding also comes from the Massachusetts Society of the Cincinnati.