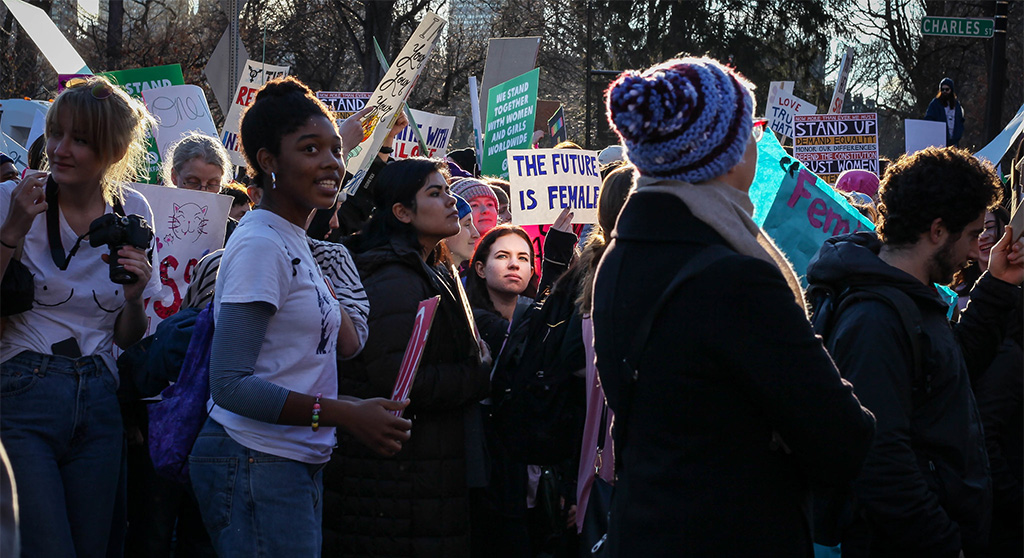 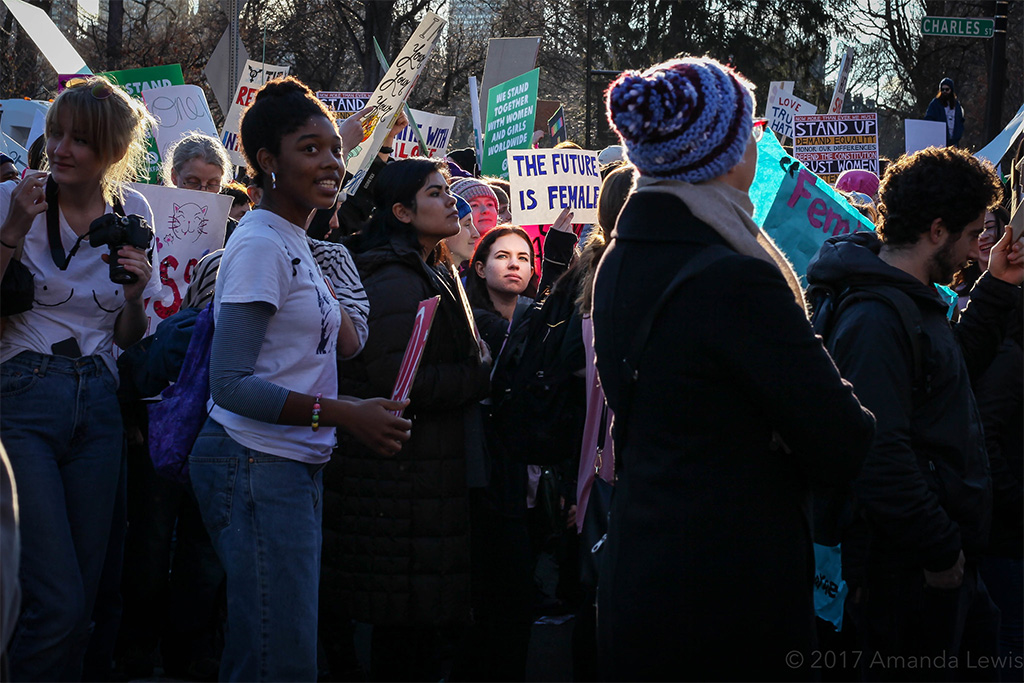 The politics spurring the Women’s March held in Boston on Jan. 21, 2017, was an omen of a June decision by the Supreme Court. (Photo: Amanda via Flickr)

The overturning of Roe v. Wade last month adds an element of urgency to events planned for Aug. 20: a parade from City Hall celebrating women’s suffrage leading to a “conclave” on Cambridge Common for which organizers are calling on marchers to “Gather! Unite! Rejoice! Revolt!”

The “Calling All Allies!” event was first planned for two years ago to mark 100 years since the passage of the 19th Amendment granting women the right to vote – a ratification that took place Aug. 18, 1920. The organizers are Denise Jillson, executive director of the Harvard Square Business Association, and city councillor E. Denise Simmons.

“Early in 2020, I was working closely with councillor Simmons on exciting plans to commemorate this important milestone,” Jillson said in a Monday email.

The plans were canceled by the coronavirus pandemic. Since then has come the June 24 decision by the Supreme Court that lets vital decisions around reproductive health be decided state-by-state, where the calls are often made based on religion and junk science. The decision undermines other privacy-based precedents as well.

“As we plan our rescheduled festivities, we recognize that in the past two years we have seen a lot of changes in our political landscape,” Jillson said.

In the email, participants are invited to wear white – the traditional garb of the women’s suffrage movement – “make your signs and stand up for your rights and the rights of others.” Civic, church, political, nonprofit and community organizations, as well as friends, family and allies are called to show up at 1 p.m. at City Hall, 795 Massachusetts Ave., Central Square, for the march leading to the gathering on Cambridge Common, near Harvard Square. It ends at 5 p.m.

Information is here. Organizational emails can be sent to Jillson here.