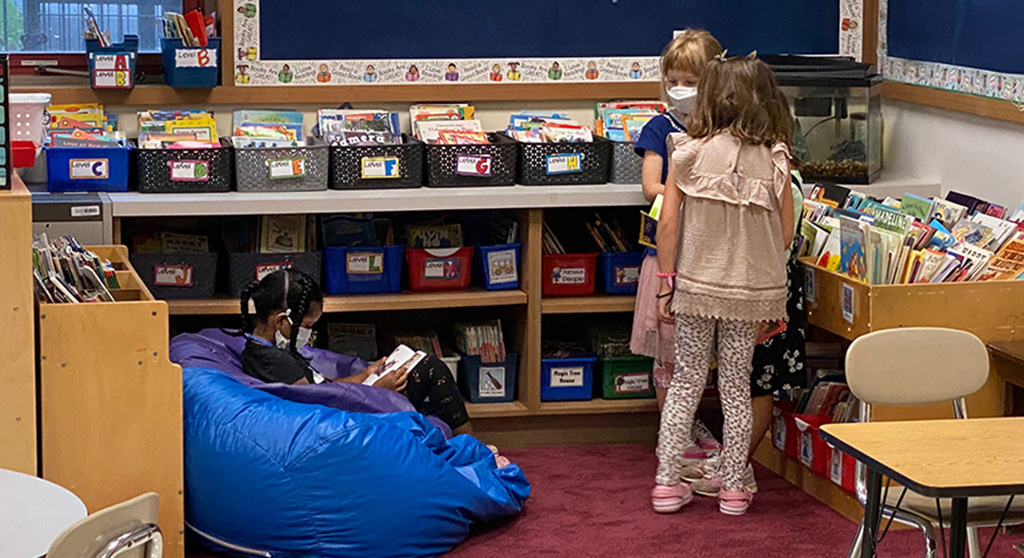 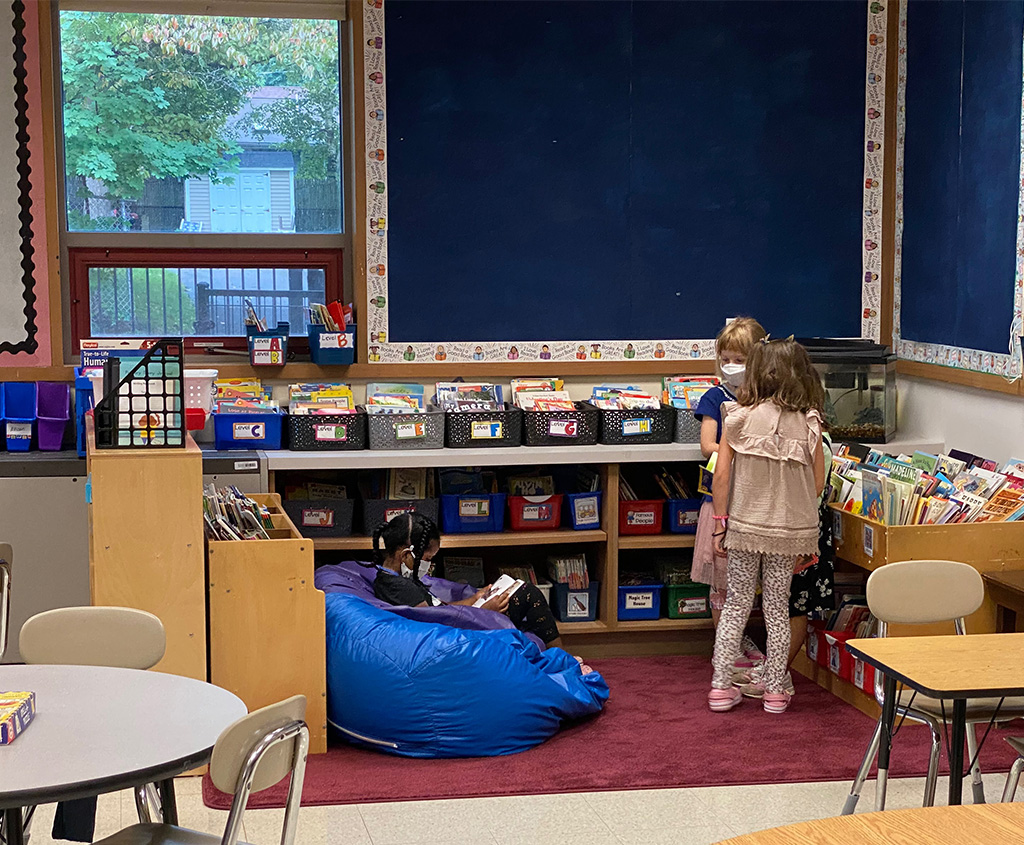 Students at the Haggerty School in September 2021, under a previous set of district rules guarding against Covid. (Photo: Marc Levy)

The changes have occurred as the schools and most of the rest of society have eliminated many mandates previously adopted to protect against the virus. Cambridge schools have made masks optional except for in the school nurse’s office and no longer require distancing. At the same time, vaccination requirements remain for students and employees.

This fall when school reopened, the system began monitoring classrooms for CO2 once a month, with weekly tests required if a level exceeded 1,000 parts per million. In January, testing was weekly, Wycoff said. Before that, there were “several iterations” of the testing schedule.

The CO2 level that would trigger action changed in January from 800 parts per million to 1,000, Wycoff said. If the concentration exceeds 1,000 ppm in a classroom, the school must be tested weekly until CO2 drops below that level. And if it continues above 1,000 ppm for three consecutive weeks, the classroom “will not be used until mitigations are in place to ensure lower CO2 levels,” she said.

Wycoff didn’t cite sources for establishing a CO2 cutoff of 1,000 parts per million. A national organization of heating and cooling professionals that sets widely accepted standards, the American Society of Heating, Refrigerating and Air Conditioning Engineers, says CO2 levels should not exceed 700 parts per million plus the level in outside air, which adds up to about 1,000 ppm. An Environmental Protection Agency guide that cited the standard said it was set to prevent offensive body odors indoors.

Pennsylvania is one state that has adopted the organization’s standard for classrooms to reduce Covid-19 transmission. Hawaii’s maximum is 1,500 ppm. The British government said readings below 800 ppm indicate good ventilation and those above 1,500 ppm could be unhealthy.

Cambridge schools have kept one ventilation measure unchanged during the pandemic: Classrooms must ensure at least four air changes per hour. According to the school system’s Covid-19 Safety and Facilities Manual, staff can achieve that by opening windows, using fans and turning on air-cleaning filters, either in the classroom or centrally.

The Cambridge Public School Department posts a spreadsheet of CO2 monitoring results on its website. Wycoff said the first tests were done Sept. 13, a week after schools opened, and the next monthly test is Tuesday – with testing done consistently on Tuesdays.

Some schools had results posted Friday but others had none, or figures only for one classroom or school location. The results showed a small scattering of classrooms with CO2 levels over 1,000 ppm, and a few where readings remained high for two consecutive weeks.

New Covid-19 cases in Cambridge residents under 20, which includes the kindergarten-to-grade 12 population, have risen steadily since schools opened but remain about 16 percent of total cases. The school department’s Covid dashboard no longer reports the number of staff cases.

The state mandated in-person learning in spring 2021, starting with elementary and middle school students and ending with high school students. Cambridge had previously offered in-person education as well as virtual learning but closed schools or classrooms if cases, community transmission or virus levels in sewage rose.