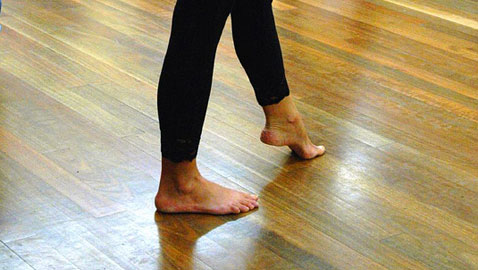 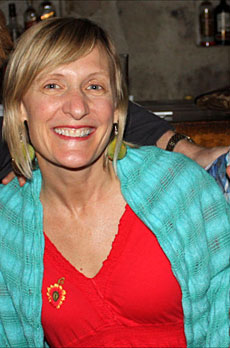 Billie Jo Joy has been named executive director of the volunteer-based Dance Complex in Central Square.

The volunteer-based Dance Complex has an executive director — its first in a two-decade history, its board of directors announced Tuesday.

The seven-month search for an executive director ended with Billie Jo Joy, they said, describing Joy in a press release as a “gifted yoga teacher” with numerous credits as a dancer, choreographer, actor, writer and director with experience on stage and in film. She has a master’s degree in education from Harvard University, and worked there as a manager and researcher in international education development.

Joy is a co-founder of the Hampshire Street yoga studio Art & Soul, where she co-manages and teaches yoga and improvisation. She also teaches movement for actors at Emerson College, and has taught at The Boston Conservatory and Very Special Arts.

“I am honored to be able to serve the dance community in this new role,” Joy said.

Since the Central Square dance studio is everything from a place for beginners classes for kids to a producer of shows and host to traveling dance companies — the Dance Complex began in part as an effort to save the historic Odd Fellows Hall — Joy may have her work cut out for her in serving various constituencies.

“We aim to please the occasional hoofer and support artists to explore cutting-edge work,” she said.

As a rental facility, more than 60 teachers representing more than 20 countries teach classes and conduct workshops in a wide variety of movement art forms. As founded and led by Rozann Kraus, it is run by artists and has no membership or registration fees.

Kraus said Joy will be responsible for continuing to develop the dance center as she shifts her role to oversee the Shared Choreographers’ Concert series, faculty concerts and launch a costume co-op called Betty’s Closet.

The Dance Complex is at 536 Massachusetts Ave., Central Square. It is closed through Sept. 4 and returns with an open house Sept. 9.