Love life: Four mistakes to avoid in a breakup 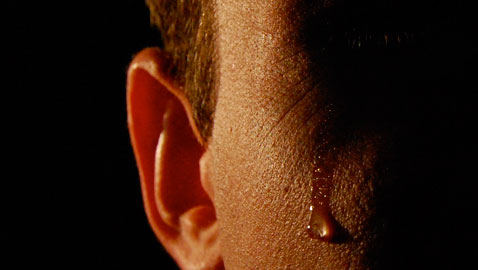 Love life: Four mistakes to avoid in a breakup

Is there a way to break up with someone so we do not hurt the other person’s feelings? Not really. (Photo: Eric Allix Rogers)

Let’s face it, breaking up is hard to do. There is even a song dedicated to this.

At some point we all feel the need to leave a relationship because it simply is not working. We face hurting someone who has played a significant role in our lives for some period, and whether or not you care about the feelings of the other person, rejecting a person is still huge.

There is no such way.

Having said that, there are definitely some things not to do while breaking up, and many of these errors were perpetrated by yours truly.  If you avoid these mistakes, I cannot guarantee the person won’t get upset, but I can tell you with 90 percent confidence they will not egg your car:

1. Whatever you do, do not rehash every single little thought going through your mind. For example, do not use that one fight you had five months ago about whether “Love Actually” is a superficial film or a romantic one as evidence of your ex’s cynicism. This kind of nitpicking only leads to more fights and further complicates the breakup.

2. But do not use an overly vague explanation such as “It’s not you, it’s me.” It sounds fake, and will make the person feel disrespected, like they are not even worth a decent explanation. Of course there are occasions we cannot 100 percent commit to a relationship, such as too much pressure or family drama, which means it you, not them. But we at least owe that person this reason.

These errors almost always become water under the bridge in due time. There is one mistake, though, that will inevitably hurt feelings and create bad blood So …

3. Do not indicate any uncertainty whatsoever about ending the relationship. Also:

4. Do not prolong the conversation.

This is one of the toughest tasks we face: Unless your ex is the psychopathic stalker type, you are most likely second-guessing your decision and trying to figure out what you truly want. I also know it is hard to resist the temptation of communicating this confusion to your ex.

I broke up with this guy who was just not right for me, and he took it pretty badly. He kept e-mailing me and calling me to ask me what happened, and what he could do to fix it. This was my first relationship, and as I tried to comfort him and explain, I just hurt his feelings more and more.

I did not just bounce back right away, so every time he called it was near impossible not to answer the phone and comfort him, hoping things would magically turn back the way they were. Around two weeks after the breakup, I finally felt like I was starting to move on. He called me the next day, and although the conversation started off relatively normal and friendly, it soon veered off into “Why did we break up?” and “What can I do to get you back?” At this point, I was so frustrated he was keeping me from moving on that I just lost my temper and spouted off every little thing he did to tick me off. He hung up on me, and we never spoke again.