Ex-cepting their friendships with exes 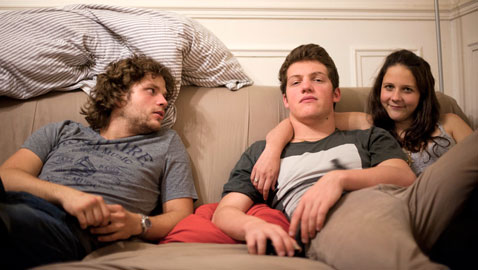 Ex-cepting their friendships with exes

If trust is the backbone of good relationships, there is no reason for your significant other not to hang out with an ex. Right? (Photo: Lucie Ottobruc)

When you reach a certain age, you can pretty much assume whomever you are dating has dated somebody else. You are holding hands with everyone they’ve ever held hands with and kissing everybody they’ve ever kissed. And chances are you have also dated other people. (I could continue, but I think you get the point, and I’m probably sparing you an unwelcome visual.)

My friend recently made a profile on OkCupid and had to answer a detailed survey with questions such as “Should women be expected to shave their legs?” and “Would you date someone who likes to role play rape fantasies?” Another question: “How would you feel about your significant other hanging out with an ex as friends?”

This is a tricky question. On one hand, I do not feel like I have any right to tell him who he can and cannot hang out with. Nor do I want him to think of me as controlling. If trust is the backbone of good relationships, there is no reason for me not to trust he wants to be with me. And there’s a reason they are not together anymore.

What if their friendship goes way back and I am just the third wheel? Could I get into a relationship with somebody knowing that no matter what happens between the two of us, she will always be there? Should I just hope he and I will become closer with time and that our romantic relationship can and will eclipse a close platonic bond that was formerly romantic?

The answer depend on three variables. The first is the personality of who I’m dating: Is he a flirt by nature, or just the type who likes to stay on good terms with people? Does he have close friendships with multiple exes or just one in particular with whom he had a particularly passionate relationship?

Which leads right into the second variable: What was the nature of their relationship? Did they have a passionate romance leading to a never-quite-resolved breakup, or did the romance just fizzle out and they realized they were better as friends? Why did the relationship end in the first place? That may seem like a prying question, but if the last relationship ended because he cheated with an ex who became his friend, that might be important information.

The last, and possibly most important variable: you. What is your general personality? Do you have a tendency to become insecure and jealous easily? How hard is it for you to genuinely trust to another person? Although I tend to trust people fairly easily, I also have a tendency to become insecure and second-guess intentions. This may seem contradictory, but it’s why it’s hard for me to feel comfortable with my boyfriends being friends with their exes.

In any case, it is hard to answer the question “How do you feel about your significant other being friends with their exes?” with a simple mouse click.

Next week: Four mistakes to avoid in a breakup