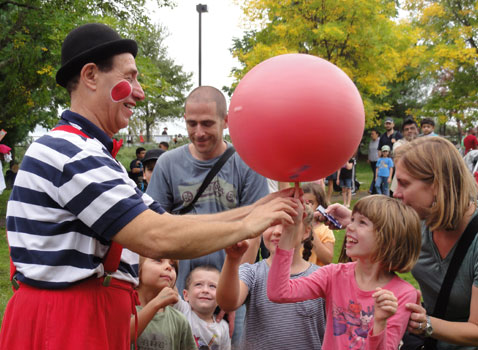 The 17th Annual Danehy Park Family Day is set for 11 a.m. to 4 p.m. Saturday, with children’s amusement rides, arts and crafts, music and roving performers as well as free hot dogs, chips, sodas, T-shirts and kites for takers of any age (while supplies last). There are to be other giveaways, as well as performances throughout the day at the children’s stage.

People are encouraged to bring picnics and lawn chairs. The rain date is Sunday.

Last year’s Danehy Park Family Day resulted in minor controversy when candidates for city elections were asked by the city manager not to hold or post signs or to set up tables to distribute campaign literature. This year only one campaign has targeted the event: Workers backing Cambridge’s Elizabeth Warren in her run for the U.S. Senate against Republican incumbent Scott Brown plan to register people to vote during the day.

This free city-sponsored event draws more than 4,000 people annually, city officials say, and shuttle buses will be running from throughout the city to the 55-acre Danehy Park at 99 Sherman St. in North Cambridge, by Garden and New streets. The park can also be reached by riding the 74 or 78 buses from Harvard Square; the 83 bus from Central Square; or a shuttle bus from the Alewife T station on the red line.