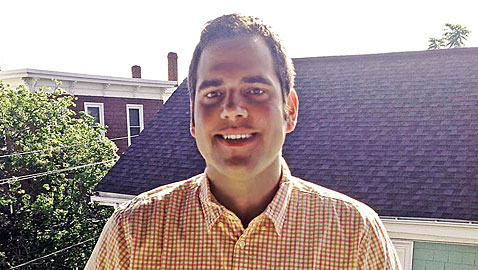 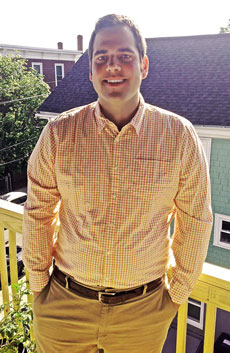 Independent Mike “No Money” Connolly, 32, of Cambridge, and Republican Thomas Michael Vasconcelos, 25, of Somerville, suggested five debates, one in each part of the cities represented by the House seat. Toomey, a 59-year-old Democrat who is also a longtime Cambridge city councillor, responded on Thursday that there wasn’t enough time or voter interest for five, and instead proposed “a single, open-ended, unmoderated, televised debate with no time limits.”

That’s not good enough, Connolly said Friday in an e-mailed response, and Vasconcelos agreed in a follow-up that added a concern: He wanted debate that was not only face to face with the other candidates, but with the people voting for one of them Nov. 6.

“We should not be hiding in a small studio somewhere in Somerville or Cambridge. I want the public to be able to interact with the candidates,” Vasconcelos said. He also felt a single unmoderated debate would turn into a “very long, unstructured and awkward bore fest.”

The challengers wound up agreeing late Friday that there be a single debate in each city, with  Vasconcelos saying they could last up to two to three hours and be held in whatever venue could hold large crowds — such as the cities’ high schools — even if those venues weren’t technically in the district. Those debates could be recorded, streamed online and re-run by local public access channels.

They could be in different formats, Connolly said, but he wanted at least one to cater to busier people by having a “more structured format, with a moderator and a set time-frame and an agenda of major state-level issues.” At first he called Toomey’s idea interesting and said he would “gladly join.” But he also called it “the bare minimum” Toomey could do in discussing topics that for Somerville alone include:

the funding needs of the MBTA and the Green Line Extension; the future of the McCarthy Overpass and the McGrath Highway; the need to maintain affordable housing; the need to complete the Community Path; the redevelopment of the Inner Belt and its connection to the NorthPoint development; and the air quality near Interstate 93.

Toomey has been in both government seats since the early 1990s, Connolly noted, arguing that “someone who holds two public offices simultaneously” should go out of their way to address voters directly and using the term “double dipping” against Toomey because “this is what I have heard people say countless times over the past seven months.”

Councillor Marjorie Decker will likely be briefly in the same situation, having won the Sept. 6 Democratic primary for the 25th Middlesex District seat being left open by Alice Wolf’s retirement. Decker, running against a Republican write-in candidate, has said she will finish out her current term as councillor — holding both offices for a year — and not run for re-election.

Connolly’s campaign accepts no financial contributions and subsequently spends little. He somewhat whimsically asks people to formally donate no money to his campaign and is generally genial in person and online, making the “double-dipping” remark his toughest campaign rhetoric to date and suggesting he could get similarly tough in a debate. Or two. Or three. But apparently not five.

“I trust that our campaigns will be able to work out the final details in the coming days,” Connolly said Friday.