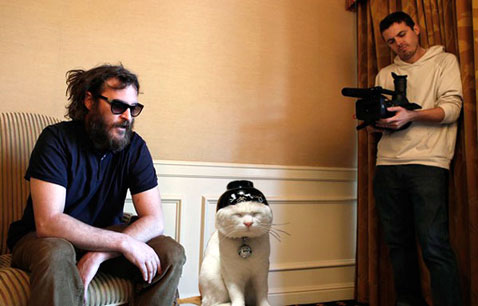 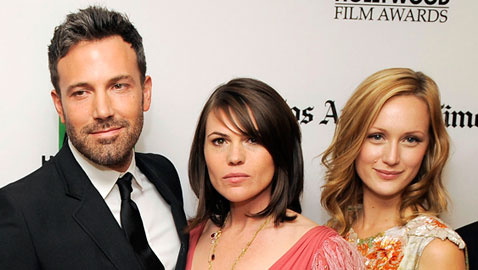 It may have been the quietest week in Cambridge celebrity news since the dawn of the Internet. But there’s an interesting overlap in how the brothers Affleck direct, with both coming off as sticklers for authenticity even if it makes life a little difficult for their actors.

Ben Affleck continued to be the newsiest, with his docudrama thriller “Argo” taking the lead at the box office in its third weekend after being No. 2 since its opening — and giving the director and star attention he can use promoting his work with the Eastern Congo Initiative.

In his work improving the life of people in the Congo, he has partnered with Theo Chocolate, a Seattle company, to make Theo Congo bars using Congolese chocolate, Tonic reports. The bars are on sale at Whole Foods stores and via theochocolate.com.

Interesting tidbits about “Argo” also continue to trickle out, with actor Clea Duvall quoted in New York magazine’s Vulture blog describing how Affleck ensured the film’s Iranian hostages clicked onscreen: confining them to a small house for days. “We weren’t allowed to go outside,” she said:

No cellphones, no computers. There was a phone in the house for emergencies, but we weren’t allowed to talk on the phone. And they stocked the house with all magazines and newspapers and movies from the ‘70s. And during the day, we did research and watched movies. And then at night, we would eat dinner, and we would get drunk. And play games. Really, we would start playing a game, and then we would just all be drunk and completely forget about the game and just talk.

Other than that, the weeks items are largely without substance — pictures of Affleck and Matt Damon at work on their project about Whitey Bulger (with the Mail Online saying somewhat curiously that “neither has achieved as much individually as when they worked together” on “Good Will Hunting”) and clips of a “Colbert Report” sketch in which Damon acts as though he’s angry at Tom Hanks.

Joaquin Phoenix and Casey Affleck during the filming of the mockumentary “I’m Still Here.”

Casey Affleck news is also minimal, with only a single item of interest: a report of how Joaquin Phoenix wanted out of the “I’m Still Here” mockumentary, in which he quits acting to become a rapper, but friend, brother-in-law and director Casey Affleck wouldn’t let him reveal it was just for a movie. Phoenix told Interview:

We fought a lot. It was really hard working with someone who is that good of a friend. He’s my best friend. I respect him. I think he’s an amazing and talented actor and filmmaker. It was my dream since we were young to work with Casey. But it was very difficult because Casey was really intent on keeping it secret and I, of course, was a bit of a pussy at times, where I was like, “Well, I would like to tell my friend who has been calling me for a fucking month, ‘Don’t worry. Everything is cool.’” So we had arguments about that. Initially, it was just basically supposed to be a bad, glorified “Saturday Night Live” skit. But Casey was really intent on me getting out there publicly and humiliating myself as much as possible. Casey loves uncomfortable humor, awkward humor.

Sammy Adams gets his cameo in Enrique Iglesias’ official video for “Finally Found You.” In the video, he keeps his clothes on. Iglesias does not.

Soul Clap has a 60-minute mix up on Soundcloud straight from an Oct. 2 gig at the Warehouse Project in Manchester, England, courtesy of the website The Switch.

Sam Waterston is taking part in an online auction to benefit Refugees International. Through Nov. 15, you can bid for a four-person visit to the set of HBO’s “The Newsroom” and lunch with cast member Waterston. This is an estimated $7,500 value. In case you were wondering, here are the rest of the terms:

Approximate duration five hours. Expires one year from close of auction. Every effort will be made to schedule this experience at the earliest possible date convenient to both parties, but please note it may take up to one year to schedule based on availability. To be scheduled at a mutually agreed upon date. We expect all winning bidders and their guests to conduct themselves appropriately when attending an experience won at Charitybuzz. Polite manners and respect for the generous donor and adherence to any rules or parameters are a must. Cannot be transferred. Cannot be resold or re-auctioned.