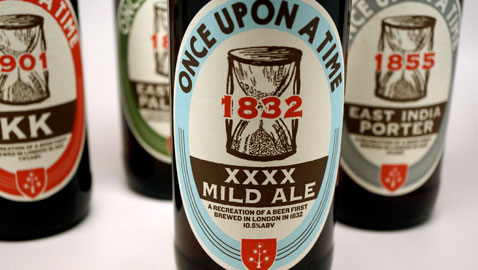 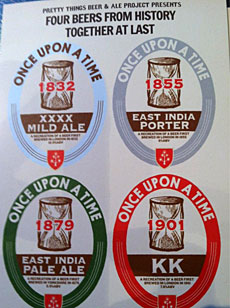 Central Bottle Wine + Provisions posted a photo Friday of its 5 to 7 p.m. tasting of a Pretty Things archival beer project.

After a Sunday rollout in Allston, the Pretty Things Beer and Ale Project brings its four archival brews – made from recipes cooked up between 1832 and 1901 – to Central Bottle Wine + Provisions for a tasting at 5 p.m. Friday.

The 196 Massachusetts Ave. shop called the brews, by the now Somerville-based tenant beer makers, “fantastically historical and outrageously delicious.” The team, led by Dann and Martha Paquette, are perhaps most known for the Jack D’Or brew, which has become ubiquitous in Cambridge, the couple’s recent home, Somerville and Greater Boston. It began its archival beer project two years ago.