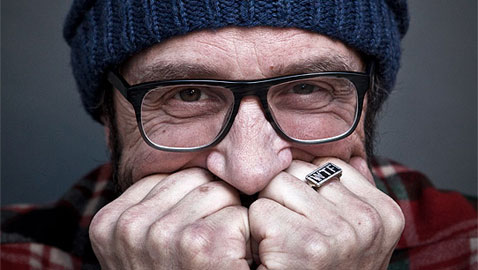 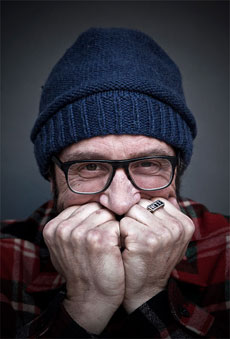 It may be held in Boston, but Marc Maron’s second local “WTF” podcast event has a distinctly Cantabrigian feel to it – starting with Maron bringing back Rick Jenkins, owner of Harvard Square’s Comedy Studio, who was opener last time the live event came through town.

Also on the bill for the Feb. 8 show at The Wilbur Theatre are Dan Crohn, a Cambridge teacher, and other regulars from the Comedy Studio’s stage: Gary Gulman, DJ Hazard, Joe Wong and Sue M. Costello, who breaks the mold by employing her aggressive Dorchester accent in New York and Los Angeles more than on the left bank.

Maron, 49, went to Boston University and returned to the area to become a stand-up comedian – like Hazard, he was part of the 2004 “Ding Ho Reunion” celebrating the Inman Square restaurant and comedy club legendary for its role in the comedy boom of the 1980s. Maron tried stand-up there while in college, then lived in a Somerville attic while performing frequently at Harvard Square’s Catch A Rising Star.

While he complains of having “a few dispersed clicks throughout what I guess has been a show biz career of relative obscurity,” those “clicks” have included stints as an Air America radio talk show host, acting in “Almost Famous” and a handful of smaller on-air and voice roles and well-reviewed one-man shows. He has said his career was at a low point when in 2009 he started producing his “WTF with Marc Maron” podcast, luring fellow comedians into his home’s garage studio for often grueling, painfully honest interviews.

He credits the podcast with reviving his career, moving to public radio and even bringing him a 10-episode show – a fictionalized take on his own life – on the IFC channel this summer.

The live shows, at which he records episodes of the podcast, tend to be livelier events with more amused reminiscing and less psychoanalysis or soul-searching than a typical “WTF.”

When Maron was in town Jan. 27 for a stand-up set and follow-up live event with Kenny Rogerson, Tony V, Mike Donovan, Frank Santorelli and Cambridge’s Jimmy Tingle, The Examiner’s Angela Frissore noted the “enormous amount of buzz”about the show, calling it “by far the … biggest highlight” of the Magner’s Comedy Festival.

It was good for Maron too.

“So many memories, so many of them awful. Boston was like a crazy, draining ex-girlfriend who I was afraid to run into,” Maron said in his blog shortly after the show. “Well, all that has changed. The live standup show and the live ‘WTF’ at The Wilbur Theatre were completely awesome on every level. Almost 1,000 people showed up for each show and we had a blast. It was definitely a life-changing experience for me.”

“Rick Jenkins did an awesome job opening for me,” Maron said. “These guys are real pros and it was a fucking joy watching them work as they talked to me. So I guess you can say that me and Boston are cool now. We had some amazing make up sex, twice, and it was better than ever.”

With a presale announced through Ticketmaster on Nov. 28 and general sales starting Nov. 30, many seats for the 10 p.m. show are gone – long before the Wilbur announced the lineup for the night on Wednesday. The remaining tickets, toward the back of the 1,200-seat theater, have a base price of $20 or $25 and are available here. The theater is at 246 Tremont St., in Boston’s Theatre District.