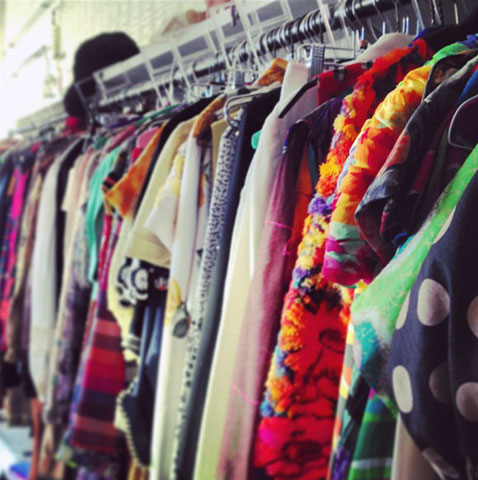 With a blizzard raging and some resulting uncertainty over weekend events, this weekend’s listing of cool stuff skews a bit toward Sunday and late Saturday.

Don’t forget “The Vagina Monologues.” Theatre@First says the show goes on, 24 inches of accumulated snow or not. “The Vagina monologues” was born out of interviews of women of all sorts done by playwright Eve Ensler, and these shows are complemented local women talking about how they overcame abuse. Ten percent of the proceeds from the $12 or $15 tickets goes to the V-Day Spotlight Foundation, and the remaining 90 percent will support the Somerville Commission for Women, organizers said. (They also warned that the production includes descriptions and depictions of violence against women, mature language and explicit sexual material.) The play is 3 and 8 p.m. Saturday at the Somerville Theatre, 55 Davis Square.

Practice your Valentine’s Day depression with your favorite bummer bands: It’s a whole night of bands being other bands acting like yet other bands. Unhappy Birthday (made up of members of The Good North and The Sheila Divine) will perform songs by Morrissey and The Smiths; The Field Defect (which is actually Field Effect) works out of the Emo songbook; and Roger Lussier (of the bands Pretty & Nice and Yale, Massachusetts) performs as Dashboard Confessional. The whole bill – which, in a way, is like a dozen bands – costs $10 for singles, $25 for those stupid couples, and starts at 9 p.m. at Radio, 381 Somerville Ave., Somerville.

Go “Around the World in an Afternoon” with violin and piano. Performers Sally Martin and  Ai-Ying Chiu will give a musical tour of countries ranging from Spain to Rumania and Estonia. Tickets are $12, or $6 for children and seniors (and free for students at school). The event takes place at 3 p.m. Sunday at the New School, 25 Lowell St.

Get fashionable at Oona’s E-Store Launch Party and Fashion Show. Since opening in 1972 the vintage shop has grown from Harvard Square to Inman Square and across the river to Jamaica Plain – and now is contracting again, pulling back to Harvard so its managers can instead make some big moves online. From 3 to 5:30 p.m. Sunday is your chance to check out their salon-style, high-fashion runway show of models showing off e-store wares, eat, drink and dress up for a chance to win $50 gift certificates for best-dressed. In addition, all attendees are eligible for online discounts. The event will be at Upstairs on the Square, 91 Winthrop St., Harvard Square. RSVP at (617) 491-2654.

Be a part of Boston’s Oscars (the Bostcars?) at the Boston Society of Film Critics Annual Awards and Screening. The critics mingle, hand out awards, hear documentary director David France and see his “How to Survive a Plague” at this sixth annual event. The society voted France best new filmmaker and his AIDS-era film best documentary for 2012; now it’s nominated for Best Documentary at the Oscars. The 7 p.m. Sunday awards and screening are $15 (or $10 for students and Brattle members), including a question-and-answer session with France after the film; pay an additional $10 and you get into the reception starting at 5:30 p.m., all at The Brattle Theatre, 40 Brattle St., Harvard Square