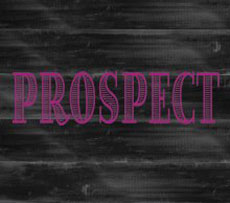 Even as he won the long fight for city zoning approval to open Prospect Lounge, Marc Shulman hinted there were problems still to be overcome, including untrustworthy partners and a resulting shortfall in funding.

Now he’s revealed the next step in opening Prospect Lounge in Central Square, moving up to 5,200 square feet with a patio while closing the smaller, nearby All Asia nightclub: a crowdsourced fundraising campaign for $80,000.

First with the story and the details was Aaron Kagan at the Eater website.

To get “a state of the art PA [system] and recording equipment” for the new Prospect Street site (technically located at 675 Massachusetts Ave.), owners Marc Shulman and Patty Chen have launched an Indiegogo campaign. With 56 days to go, by Monday afternoon there was $395 on the board from five funders. Prizes for funders range from a brick from the All Asia for $5 to an “immortalized” package for $1,000 that includes having your name etched permanently onto the back wall of the Prospect Lounge stage, concert passes, gift cards and more.

Along with the campaign comes a Prospect Lounge website that lays out the proposed menu approach by chef Chen (“Simple, appealing liberal cuisine offerings” costing between $6 and $13 and served in a “relaxed and comfortable lounge setting”) as well as hours and a look at the stage and music offerings.