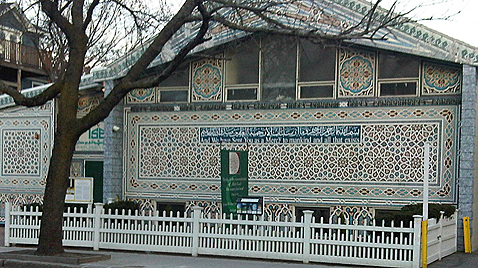 The Islamic Society of Boston mosque on Prospect Street will host remarks and prayer Thursday.

With emotions over the Boston Marathon bombing suspects still roiling – another Cantabrigian became involved Wednesday, as Robel Phillipos, 19, was charged with lying to investigators in the case – the head of the city’s Peace Commission is calling for a moment of peace.

A brief gathering, walk to a local mosque and invitation to prayer is planned, said Brian Corr, pointing to explanatory remarks by Rabbi Victor Reinstein from Friday’s interfaith prayer service at the same mosque, the Islamic Society of Boston mosque on Prospect Street:

It was clear how much the people in the Muslim community were hurting, beyond the hurt we and all of us were feeling over the horror of the tragedy. In the midst of their own grief, they were beset upon and pointed at.

The Marathon bombs killed three and injured 176, and there was more death and pain in the aftermath as the suspects, Norfolk Street residents Tamerlan Tsarnaev, 26, and his brother Dzhokhar A. Tsarnaev, 19, apparently killed MIT police office Sean Collier and fled police in a violent shootout and manhunt in Watertown. The crimes were thought to be inspired by Tamerlan’s Islamist beliefs, which brought him into conflict with the leaders and congregants at the Cambridge Mosque, and anger over U.S. actions that hurt Muslims around the world. 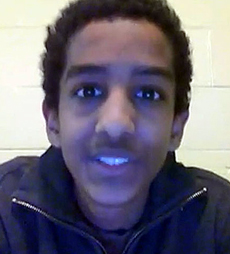 Phillipos, 19, who went to the University of Massachusetts at Dartmouth with Dzhokhar, was taken into custody Wednesday with two other students and friends who helped destroy evidence “to help … Tsarnaev avoid trouble,” according to an FBI affidavit. Since Tamerlan’s death in a firefight late April 18 and Dzhokhar’s capture April 19, Phillipos had been questioned by police and gave various answers about what he knew of Dzhokhar’s involvement in the bombings.

The others named in the arrests are Azamat Tazhayakov and Dias Kadyrbayev, both 19 and of New Bedford, whom investigators say threw away Dzhokhar’s laptop and backpack after knowing he was a bombing suspect.

While Dzhokhar is believed to have been less passionate about his religious beliefs, and more swayed by his brother’s passion, there have also been reports of some interest in the Chechens’ armed struggle against Russia. The Tsarnaev family is Chechen, although they arrived in Cambridge in 2002 and Dzhokhar became a U.S. citizen in 2011.

Corr asked people participating the Thursday evening event to “please keep in mind that this peace walk is simply about showing support to our Muslim neighbors,” asking that people not come to highlight issues such as civil liberties, U.S. military or foreign policy and immigrants rights that have have been enflamed since the assault at the April 15 marathon.

“This is simply about showing support and accompanying those members of our community at this time,” Corr said. “This will be an important moment to stand and walk in solidarity with our Muslim sisters and brothers in Cambridge.”

The event is to begin with a gathering at 6:30 p.m. Thursday in front of City Hall, 795 Massachusetts Ave., Central Square. At 6:45 the group will walk to the mosque, where Corr said there will be a brief remarks and an invitation for all to stay as guests for evening prayer.