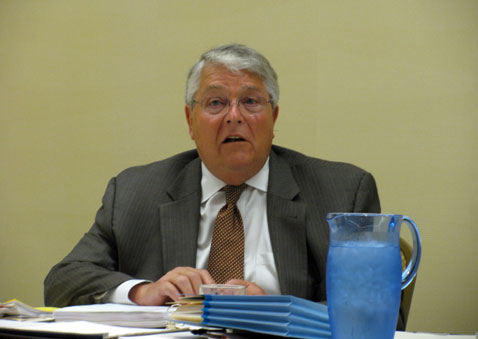 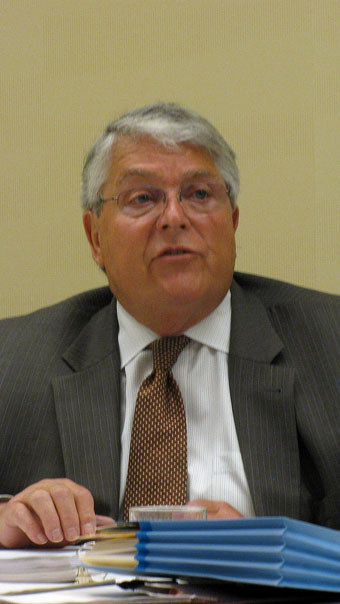 Joseph Tulimieri was executive director of the Cambridge Redevelopment Authority and chairman of Arlington’s Zoning Board of Appeals.

Legal and ethical questions from Joseph Tulimieri’s time with the Cambridge Redevelopment Authority have followed him to Arlington, where he has been replaced as chairman on that town’s five-member Zoning Board of Appeals.

“Whether in Cambridge or in Arlington, it’s the same individual making those choices in both towns. I’m not comfortable reappointing someone who would make those decisions,” said selectman Dan Dunn, quoted in YourArlington.com. “The town would be better off if we don’t reappoint him.”

The decision had a ripple effect, though, with appeals board member Eugene Lucarelli telling YourArlington on Tuesday: “I will be filing my resignation letter as soon as possible effective immediately. The letter will explain my thinking.” (When filed, it referred to “unproven allegations” in Cambridge leading to Tulimieri’s “public humiliation” by selectmen and said he feared the same treatment when time came for his own reappointment.)

Paul Maloy Jr., a member of the board reappointed by selectmen Monday also resigned, selectman Kevin Greeley has told YourArlington, although no letter of resignation had been received as of Thursday. The two resignations would leave the board with three members.

Tulimieri was executive director of the Cambridge agency from 1982 until his forced resignation Sept. 27. The agency’s five-member board, all of whom became active in April 2012 after a 32-month “quiet period” with zero board activity, identified irregularities in how Tulimieri assigned himself salary, bonuses, part-time wages and retirement compensation.

After the forced resignation, the agency appointed a special counsel to look into pay-related irregularities and has asked for Tulimieri to pay back at least $80,000.

Meanwhile, his role on the Arlington board had expired, and selectmen there faced the question of whether to reappoint or replace him. At a Monday board meeting, they voted 3-2 to replace him with attorney Roger Dupont.

YourArlington quoted selectman Joseph Curro as saying he agreed events taking place outside his town were relevant within it.“We’re charged with making these appointments to have fiduciary responsibility,” he said. “When I make that decision, I consider it fair to look at other positions of responsibility.”

Longtime selectman Kevin Greeley, meanwhile, argued that questions regarding Tulimieri’s financial stewardship were a solely Cantabrigian concern, and “nothing like that exists here in Arlington and in all the work Mr. Tulimieri has done for this town.”

But there were other issues. Residents have complained that Tulimieri let developers speak at meetings but demanded that citizens write comments out and submit them beforehand, Arlington media have reported, and selectwoman Diane Mahon has voted against Tulimieri before, saying he made decisions without asking for reports from public safety officials and the town’s building inspector.

While Tulimieri’s role with the Cambridge authority dated back to the early 1980s, his participation in Arlington politics may date back to the 1960s, said Bob Sprague, editor of YourArlington.com, including nearly two decades with the ZBA and work with the Redevelopment Board and writing the town’s 1974 zoning laws before that. His term on the Zoning Board of Appeals ended in October but, as on the Cambridge agency, members can be asked to serve past their terms – it’s what led to confusion over who served and the resulting 32-month lack of board activity.

This post was updated June 8, 2013, to correct the number of members on Arlington’s Zoning Board of Appeals and add information about the resignation of Tulimieri’s fellow former board members in Arlington.