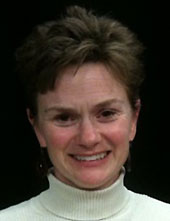 Teachers, administrators and the school district have a tentative three-year contract agreement, Cambridge Education Association president Chris Colbath-Hess said Tuesday. They have been without a contract agreement throughout this school year.

The deal was reached just that afternoon, she said, but the text would not be available to union members until Thursday. A ratification vote is planned for June 20, after information sessions held next week on all upper campuses, the Amigos school and the high school and again June 17 and June 19.

The contracts would take effect in August, ending a year in which the two bargaining units have been without one – operating under an expired contract in the meantime. Units representing custodians, food service workers and safety officers, clerks, substitute teachers and paraprofessionals settled already.

This was the year the Innovation Agenda was implemented, bringing the “upper school” campuses for sixth-, seventh- and eighth-graders and therefore radical change to a district that for generations had only K-8 schools and a high school.

The negotiations were considered fraught enough that a report by consultant Nancy Brigham Associates looking at classrooms observed before the Innovation Agenda was implemented was withheld from the public for nearly a year. At a March 11 meeting, it was suggested repeatedly that the conclusions could upset teachers and thus negotiations, although Brigham also said repeatedly that her report was just “a snapshot in time.” Observations were made during the final two months of the 2011-12 school year; the report was dated October 2012, submitted in January and released to the public for the May 21 meeting.

On Tuesday, when a seven-member panel gave a long presentation on the district’s math curriculum, the report was referred to several times as a point of comparison or inspiration for improvement.

Also in May came a vote by four city councillors to hold the $151 million school budget in committee for more discussion, rather than sending it immediately to the full council. Although there was nearly a month before a budget deadline, school officials responded dramatically, excoriating councillors for risking programs and playing politics, and Colbath-Hess warned councillors that a delay could affect contract negotiations.

A month later, with negotiations concluded barring discontent from members of the bargaining units, she called the discussions “long but fruitful.”