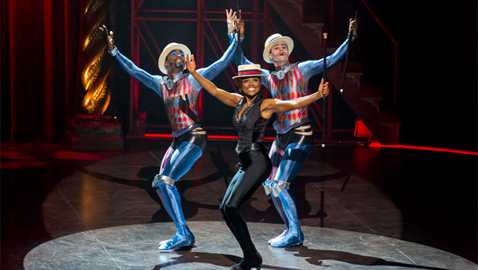 The A.R.T. is crowing about taking home four Tony Awards for its new take on “Pippin,” which played Cambridge from Dec. 5 to Jan. 20 before opening on Broadway April 25.

Paulus’ award shows she succeeded in her goal of breathing new life into Stephen Schwartz’s 1972 musical. The tale – a product of its era, about a prince seeking meaning – started as a typically provocative Bob Fosse production but over the years was considered bleached by amateur productions. Paulus said choreographer Chet Walker would be returning to the style of Fosse and add elements of Fellini and circus, aided by the modern circus troupe Les 7 Doigts de la Main and its choreographer, Gypsy Snider. It was a “bold new staging of the dark and existential musical you thought you knew,” and Paulus said she hoped audiences would “be knocked out by the subject matter, by the journey, by the emotional power that is built into this story of a young man trying to find meaning in his life.”